Toyota feels Glickenhaus did a “remarkable” job in only its second appearance at the Le Mans 24 Hours and was able to match its pace at times during the race.

However, the American boutique manufacturer was never in a position to threaten the rapid Toyotas out front, with its lead #709 entry eventually finishing five laps down on the race-winning #8 machine and the sister #708 car classified even further behind after a troubled run.

But Toyota technical director Pascal Vasselon believes the five-lap gap between the two marques wasn’t representative of their respective performances and that Glickenhaus was a match to its hybrid cars when the conditions allowed.

“Glickenhaus was a little behind at night, but their times were exactly on our pace,” said Vasselon. “There were three cars on 3m27.7s [on a clear track], so on pure potential they were on the same level. They just lacked consistency in certain conditions.

“For us, racing is never boring, we are always worried and we feel like we don’t have any margin, but it’s true that we didn’t make any mistakes. We were fairly consistent.

“Our strength compared to Glickenhaus is to adapt quickly to each set of conditions. But they have the potential. Considering the youth of their car and their organisation, it’s remarkable.

“I believe car #709 had two pitstops that caused it to lose a lap, and then lost another at the end when they presumably stopped pushing to secure a podium. In which case, the gap is not five laps, it is only two laps, which is not huge.” 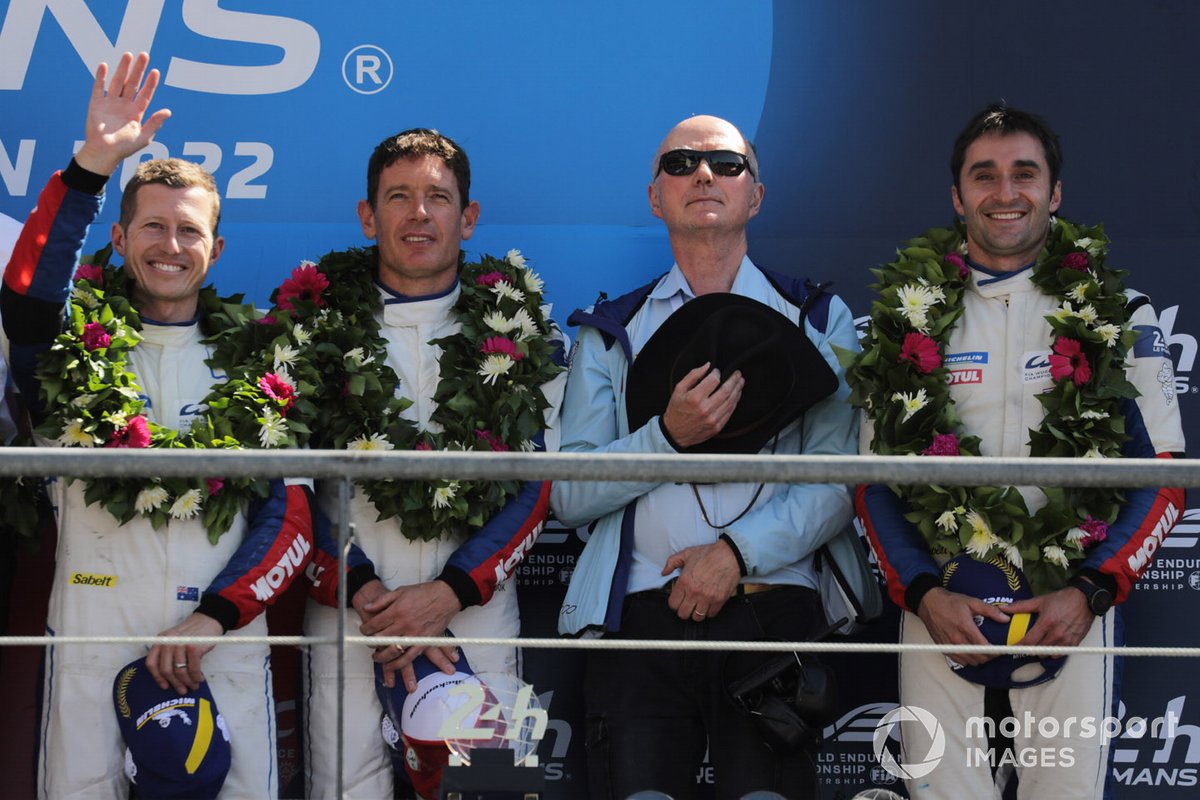 Glickenhaus driver Briscoe was impressed by the reliability of the #709 car in the French endurance car, with the crew encountering no issues after a faulty sensor was replaced in the second hour.

While admitting that he would have liked to give Toyota a run for its money at Le Mans, he feels the podium finish demonstrated the capabilities of the Glickenhaus operation in only its second season in the FIA World Endurance Championship.

“It would have been nice to fight them all race long for the win and at least keep the pressure on,” the ex-Cadillac DPi driver told Autosport. “I think they were pretty relaxed once we went a lap down.

“We sort of saw that over the course of the race we couldn't quite match the pace of the Toyota consistently. So I think they were a bit superior and they won the race deservedly.

“We are on a very steep learning curve at the moment. Hopefully we can continue and I'd like to see that to get better and better.

“But no, I'm ecstatic about the podium because whether we are half a second or second off on average to Toyota, the fact that we could run hard and finish really trouble-free is really testament to the job done by everyone in the team.

Briscoe feels Glickenhaus is now in a position to challenge Toyota for victories in the WEC, having already showcased it is capable of running near the front in the truncated Sebring 1000 earlier this year.

“I think we were going to beat them in Sebring had the race not been shortened. We were ahead of them on strategy,” said Briscoe, who raced at part of Glickenhaus’ full-season #708 entry alongside Olivier Pla and Romain Dumas in the Florida-based event.

“So I think we are taking the fight to them and I think we will definitely push hard. I think we'll be going [to Monza] with one car and we will be pushing hard to try and get the win.”