Toyota says it has no concerns about the pace of rally legend Sebastien Ogier as it evaluates running him in a third car at next year’s Le Mans 24 Hours.

“We are not very concerned about Sebastien’s performance,” said Vasselon.

Vasselon explained that Ogier made quick progress after his first run in Toyota GR010 HYBRID at last November’s World Endurance Championship rookie test in Bahrain when he joined the Japanese manufacturer’s development programme at Aragon in January and then Algarve in February.

“He has done two tests with us [after Bahrain] and he made a step up,” he said.

Ogier competed 84 laps at the rookie test, setting a fastest lap time of 1m50.647s that was 1.7s off the pace of the best Toyota over the course of the day.

Vasselon did not divulge how close Ogier was to the outright pace at the two subsequent tests, which fell either side of confirmation that he would be contesting a full season in the WEC driving a Signatech-run Richard Mille Racing LMP2 ORECA-Gibson 07.

Ogier admitted on Thursday ahead of his Le Mans debut this weekend that his LMP2 programme was all about gaining experience ahead of a potential drive with Toyota next year and that a decision on an extra car from his long-term employer could be imminent. 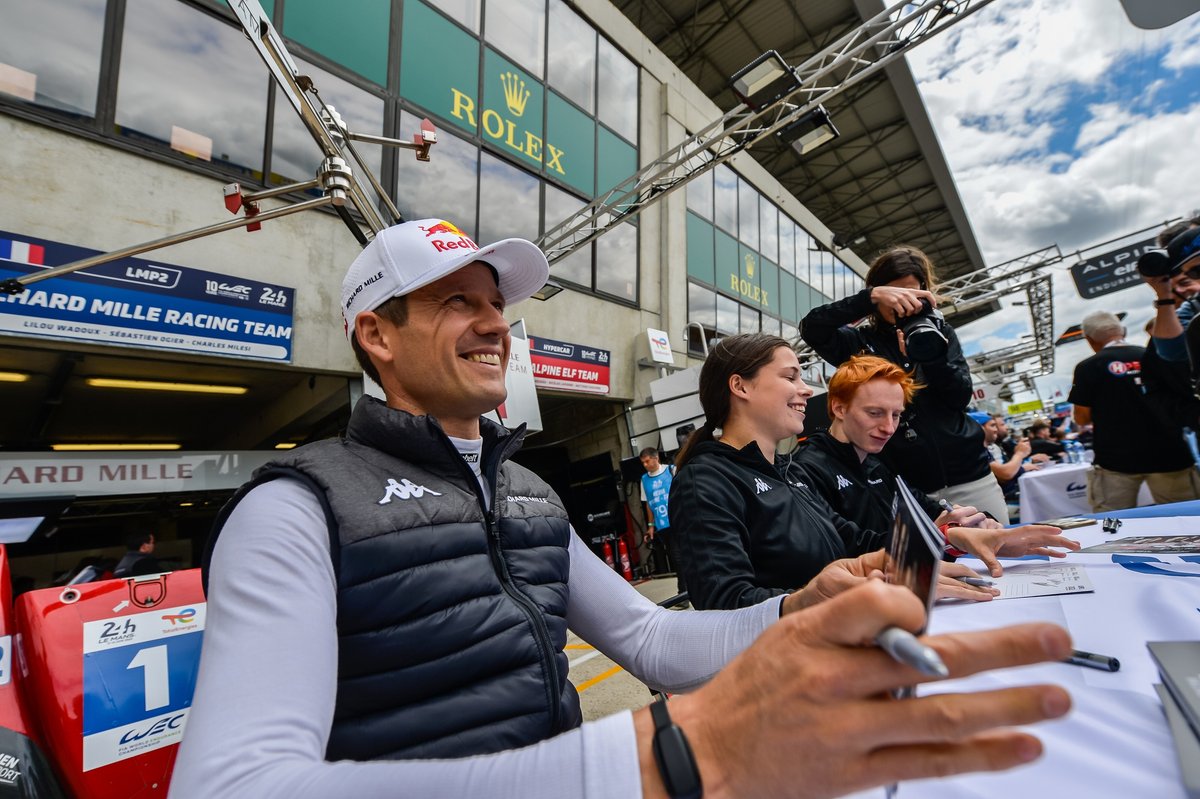 Vasselon stressed that it was important for him to gain experience of endurance racing before any step up to the Hypercar class.

“Of course, Sebastien needs to take experience, experience at large in endurance, which is what he is doing - he needs to go through that,” he said.

Vasselon and Toyota race director Rob Leupen offered contradictory answers on Thursday to questions about the chances of Toyota expanding its Le Mans attack to three cars for the first time since 2017.

“Every year it is a regular process, we think about the third car,” said Vasselon.

“So we are in this process and we will conclude in a few weeks or a few months what we do, but we are not able to announce it now.”

Leupen, however, said: “At the moment it is not feasible; we are not seriously considering it.”

He also ruled out Ogier joining the line-up in one of the full-season cars in 2023.

It appears that TGRE in Cologne is not pushing to run a third car at Le Mans next year.

But Ogier has close links with Toyota CEO Akio Toyoda, who could make the call to field an additional car in 12 months' time.