Toyota confident of reliability fixes ahead of Le Mans test

Toyota is confident it has overcome the reliability issues that hit its two cars in last month's Monza World Endurance Championship round ahead of the Le Mans 24 Hours.

The fuel system and electronic problems that delayed the Japanese manufacturer's Le Mans Hypercars in the Italian WEC event have been identified and fixed ahead of the blue riband round of the championship next weekend, according to Toyota Gazoo Racing Europe technical director Pascal Vasselon.

He revealed that the fuel issue that resulted in the #8 Toyota GR010 HYBRID driven by Sebastien Buemi, Kazuki Nakajima and Brendon Hartley losing nearly an hour in the pits was the result of contamination.

Vasselon explained the contamination was related to the processes and systems used by the team and not the fuel supply from Total.

"It was not obvious to understand where it was coming from because the contamination was somehow transparent and not visible in the filters," he said in advance of Sunday's Le Mans test day.

"It was not related to the supply: it was within our own machines to manage the fuel [where] we had some contamination."

He also revealed that a similar fuel issue had hit the #7 car shared by Kamui Kobayashi, Mike Conway and Jose Maria Lopez in free practice at Monza.

Vasselon was unwilling to offer a full explanation of the electronic problem that resulted in the winning #7 Toyota losing a minute on track when Kobayashi was forced to bring the car to a halt to undertake a full systems reboot.

"On these electronic things it is very difficult to go into detail, but it is fixed," he said.

Toyota is "now as confident as we can be" about the reliability of the new GR010 LMH prototype that came on stream for the 2021 WEC, according to Vasselon. 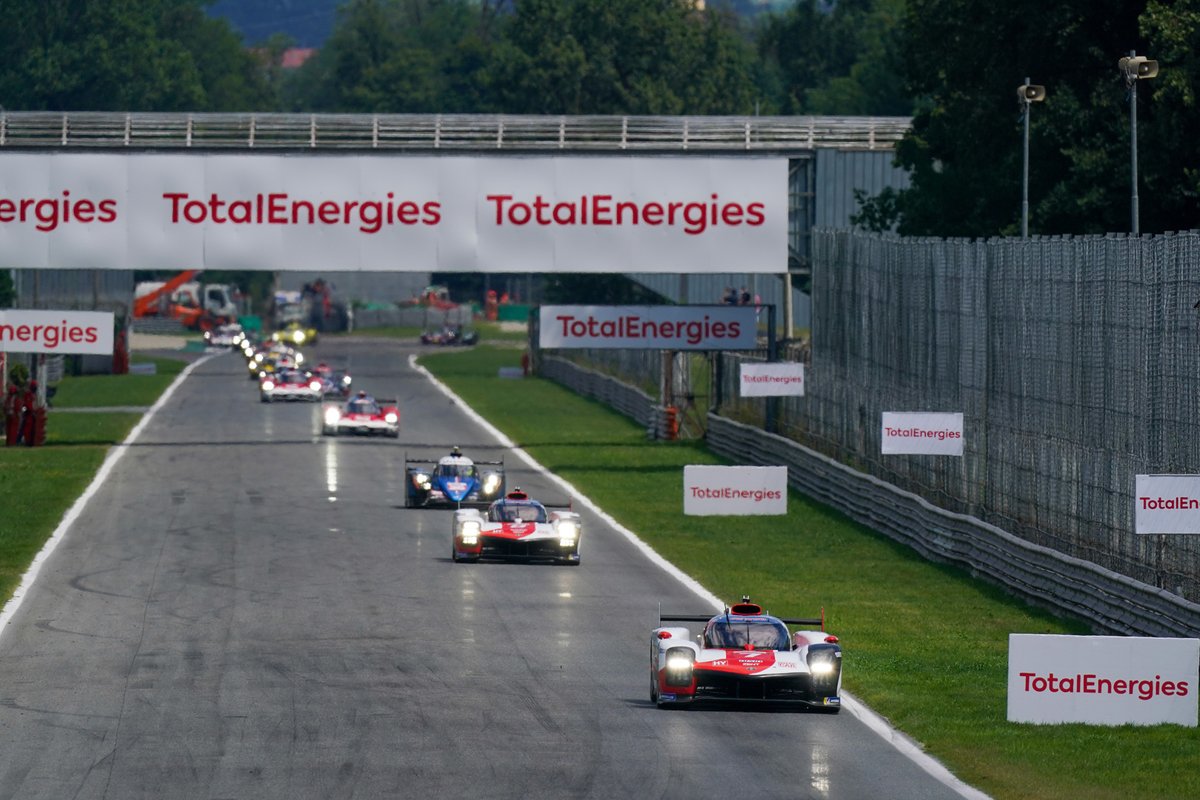 "We have convincing counter-measures for all the issues we have suffered so far and we do not have any fundamental issues," he said. "But things can happen."

The Toyotas will be running at a higher level power level than originally envisaged for Le Mans, but Vasselon said this would not be to the detriment of the reliability of GR010's petrol-electric drivetrain.

He explained that the four endurance simulation tests undertaken with the GR010 had all been run at the higher level.

"It is within the range that we can run without major concern," he said.

The LMH rules prescribe a maximum power level of 520kW (697bhp) for regular WEC races and 500kW (670bhp) for the double-points round at Le Mans.

A maximum power of 515kW has been laid down for the Toyota in the Balance of Performance table for the this weekend's official Le Mans test, while the Glickenhaus-Pipo 007 LMH will run at 520kW.

The BoP could evolve after the test and the practice and qualifying sessions of race week based on the data accrued by the rule makers, the FIA and Le Mans organiser and WEC promoter the Automobile Club de l'Ouest.

The increase in maximum power reflects concerns that the LMP2 prototypes have so far this season been too close to the cars competing in the Hypercar class - the Toyota and Glickenhaus LMHs and Alpine's grandfathered LMP1 ORECA design.

Toyota and Glickenhaus have argued that there needs to be more of a gap between the two prototype divisions.