TDS Racing LMP2 driver Philippe Cimadomo has been excluded from this weekend’s Le Mans 24 Hours as a result of three incidents during practice.

A decision from the stewards of the meeting stated that the Le Mans rookie, who was sharing the TDS ORECA-Gibson 07 with Mathias Beche and Tijmen van der Helm, “is not driving to the standard required to safely participate in the remainder of the event”.

The decision was made on the recommendation of race director Eduardo Freitas “for the safety of himself and other competitors”, the stewards report continued.

Bronze-rated Cimadomo was involved in an incident with the #63 Chevrolet Corvette C8.R at the Dunlop Chicane in the opening session of free practice on Wednesday and “nearly caused an accident also in FP1 at pit entry”, according to the stewards.

He then crashed the TDS ORECA at the Corvette Corner at the end of the Porsche Curves in the third practice period on Thursday after making contact with the #31 WRT ORECA driven by Sean Gelael.

The TDS ORECA, which is running in the pro/am LMP2 subclass courtesy of Cimadomo’s bronze ranking, ended up sustaining heavy damage after spinning into the barriers and is currently undergoing a rebuild around a spare monocoque.

Cimadomo told the stewards that he had competed in the European Le Mans Series with TDS this year without incident and described the incidents in FP1 and FP3 as “momentary lapses”.

“He stated that he felt that he had gained experience throughout the practice sessions and felt more confident in his capacity to compete,” the steward’s bulletin stated.

“However, the stewards have concluded that a pattern exists that cannot be ignored at this time.” 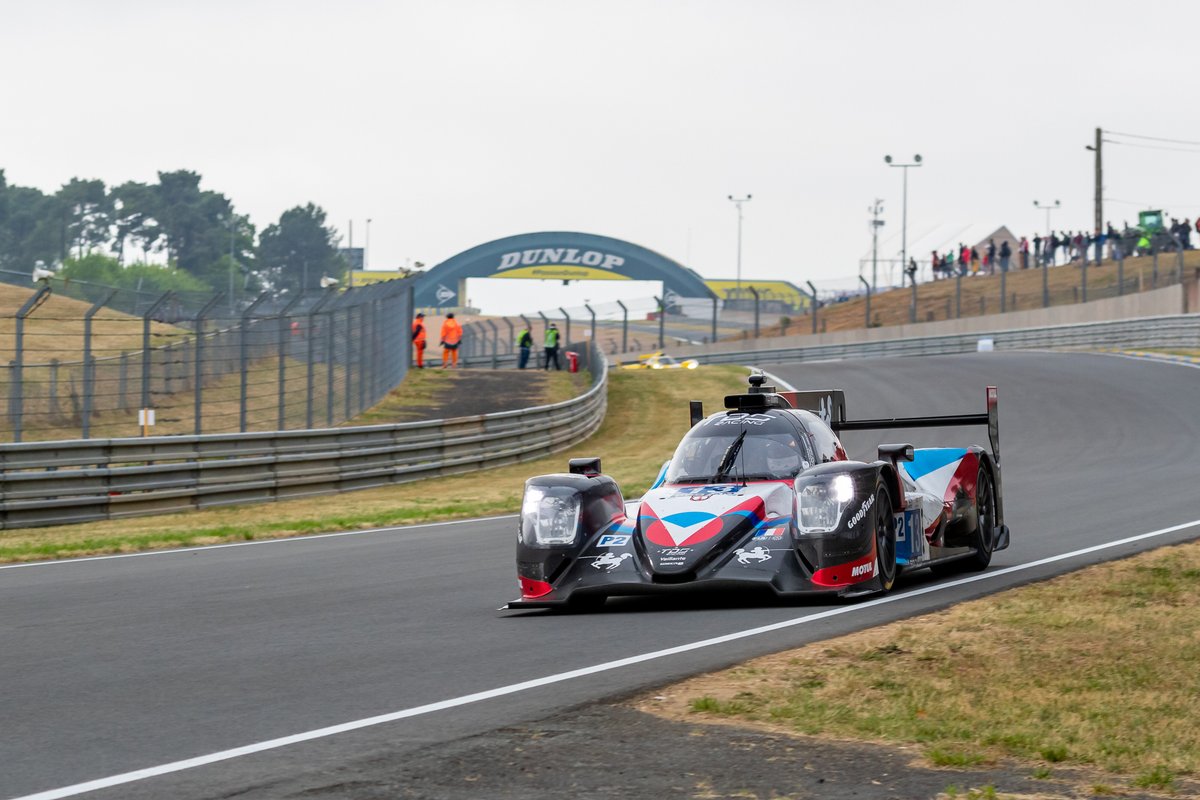 Cimadomo has the right to appeal the decision of the stewards.

The 62-year-old moved up to LMP2 in the ELMS this year after competing in LMP3 prototypes in the Michelin-sponsored Le Mans Cup on the series support card, as well as the Ultimate Cup and the VdeV Endurance Series.

Cimadomo, Beche and van der Helm are lying second in the ELMS pro/am points after finishing third and then second in the two rounds held to date this year.

The TDS ORECA has been on the pace in Beche’s hands over the course of Le Mans week.

The Swiss set third fastest time overall in class in the opening session of last Sunday’s test day and was fifth and quickest in pro/am in FP1 on Wednesday.

The French TDS squad has been a consistent frontrunner in LMP2 at Le Mans both under its own name and running cars under the banners of G-Drive Racing and Racing Team Nederland.