Rene Rast has offered his version of the Turn 1 clash at the start of the Le Mans 24 Hours, saying his LMP2 class rivals jumped the start while he obeyed the rules.

Three-time DTM champion Rast took the start of the La Sarthe classic from pole in LMP2 aboard the #31 WRT ORECA 07-Gibson he shares with Sean Gelael and Robin Frijns.

But there was drama almost immediately as Rast was involved in a three-way collision with both the #22 United Autosports car of Will Owen and the #41 Realteam by WRT entry of Ferdinand Habsburg, triggered by Rast moving left into the path of Owen's car.

Owen was adamant that Rast was to blame for the collision, but the German driver offered a different take, saying that he was taken by surprise by how early the cars behind him accelerated up to speed.

That included the #9 Prema car of Robert Kubica, which surged up the inside of Rast into the lead from fifth on the grid.

"I followed what the race director said, I followed the rules," said Rast. "I was accelerating when it was green, but by that time I had already apparently a few cars next to me, which I wasn't expecting at all.

"On my right hand side I saw Kubica, but I didn't expect to have somebody on my left and I didn't know there was somebody. So I think they all jumped the start and it took me by surprise, obviously. 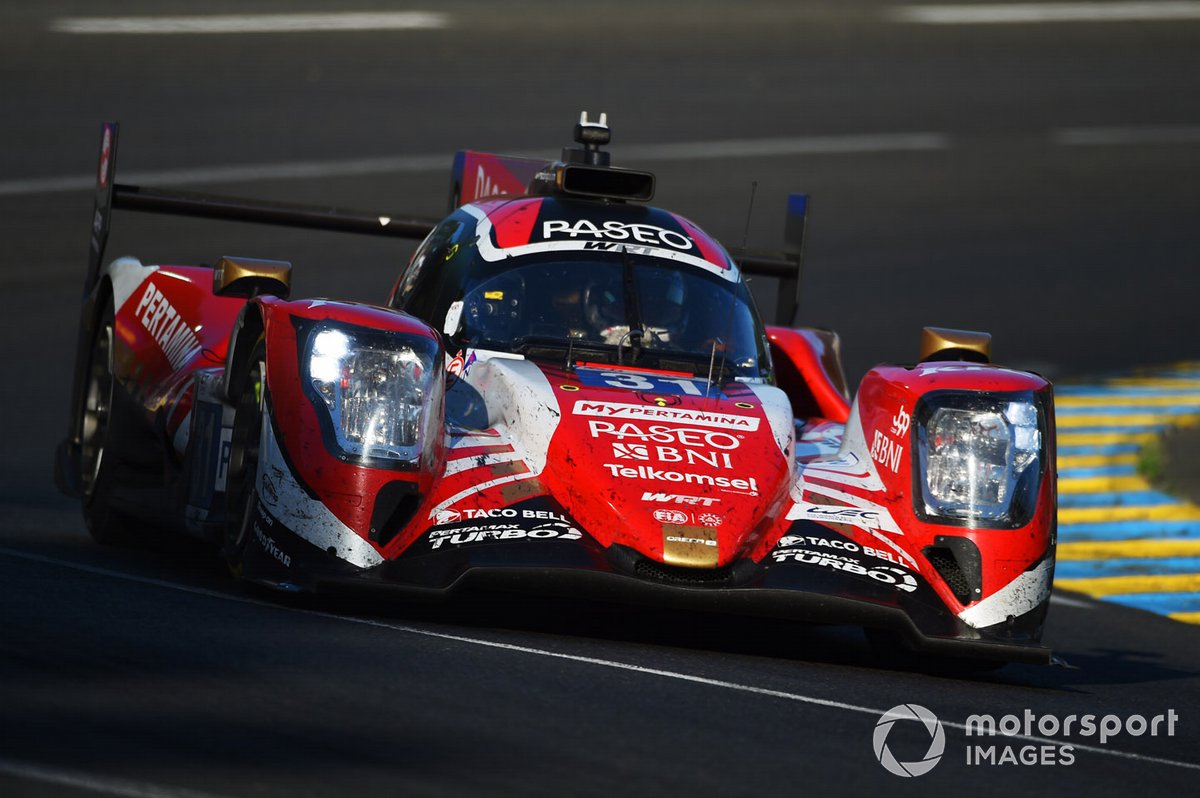 "Everybody who knows me knows that I'm a fair and hard driver, but I'm not taking somebody out on purpose. So yeah, it was the drivers behind me just jumping the start and I got the penalty for it. So we lost quite a lot of time due to that, one and a half minutes. And then it was very difficult to catch up."

At the 18-hour mark, the WRT car was running eighth in class and 12th outright with Gelael at the wheel.

"We're still trying to catch up, but so far we have a difficult race," added Rast. "We got another penalty now [for Gelael making contact with the Vector Sport LMP2 car]. Not the best race so far."