Toyota topped the times at the end of the first session of the Le Mans 24 Hours test day.

Jose Maria Lopez ended up fastest on a 3m31.626s aboard the #7 Toyota GR010 HYBRID as the times tumbled during the final minutes of the four-hour practice period.

The Argentinian’s time, set with just over 15 minutes left, gave him a margin of almost exactly one tenth over Romain Dumas in the best of the two Glickenhaus-Pipo 007 LMHs.

Dumas had jumped to the head of the timesheets with 20 minutes remaining courtesy of his 3m31.735s, which knocked Brendon Hartley in the #8 Toyota off the top spot.

Hartley’s 3m31.977s left him third in the final classification of the opening session.

Franck Mailleux jumped up to fourth with a late 3m32.622s in the second Glickenhaus to move ahead of the Signatech-run Alpine-Gibson A480 in which Matthieu Vaxiviere posted a 3m32.793s.

The times are comparable with last year’s test day in August, when Hartley led the opening session on 3m31.263s. Olivier Pla went on to set the best time of the day in the afternoon session, getting down to a 3m29.115s aboard his Glickenhaus.

The Balance of Performance for the Glickenhaus is unchanged from Le Mans last year in terms of the power its V8 twin-turbo engine can deliver and the minimum weight of the car, but the Toyota is running with less power and at slightly higher weight.

The #38 Jota ORECA-Gibson 07 sat at the top of the LMP2 times for the majority of the morning, Will Stevens eventually getting down to a 3m33.964s. 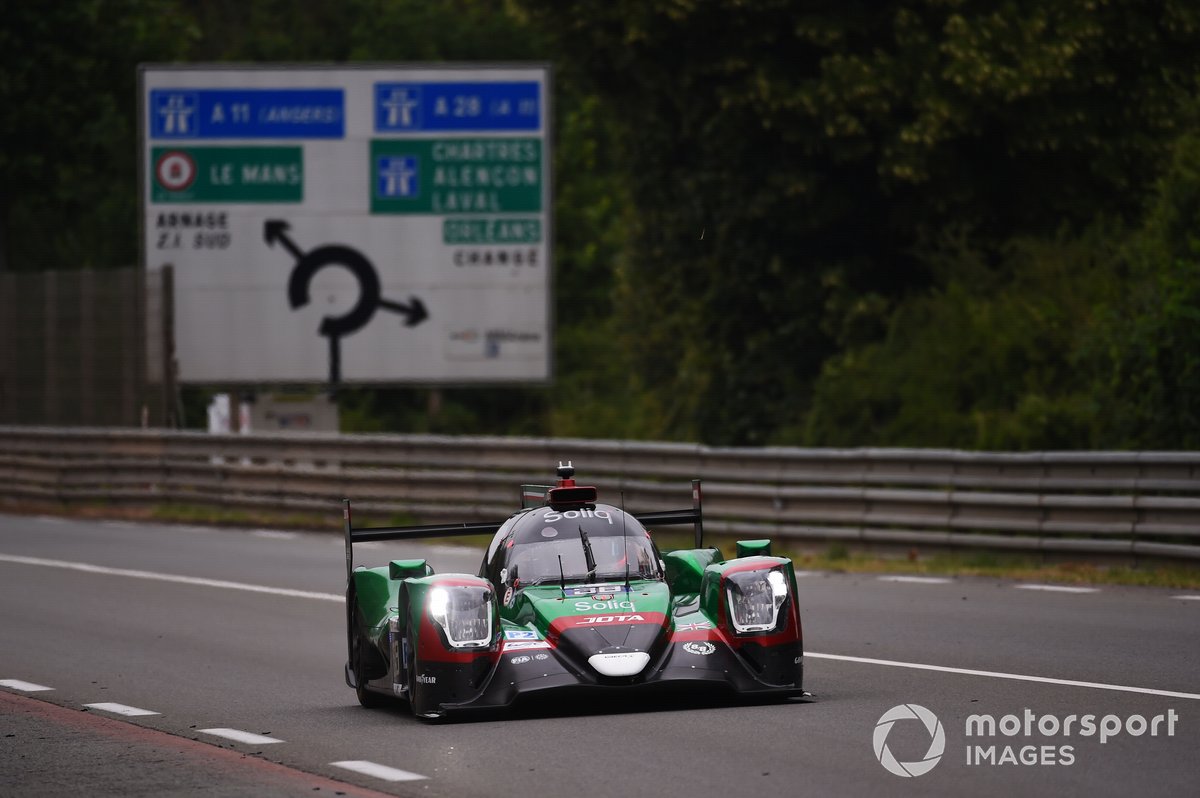 That gave him a margin of 0.147s over the best of the two United Autosports entries driven by Phil Hanson.

Hanson’s 3m34.111 was just two hundredths up on the 3m34.132 set by Mathias Beche in the TDS Racing ORECA, the fastest car in the pro/am sub-class.

Inter Europol took fourth with a 3m34.252s from Alex Brundle ahead of the Penske ORECA in Felipe Nasr's hands.

Chevrolet ended up 1-2 in GTE Pro, a 3m54,690s from Tommy Milner giving him a margin of less than a tenth over Nicky Catsburg in the sister car.

The top Ferrari 488 GTE Evo was the privateer Riley Motorsports entry courtesy of a 3m55.474s from Felipe Fraga, which compared with the 3m55.563s that put Daniel Serra fifth in the best of the AF Corse factory cars.

The GTE Am class was headed by the Iron Dames Ferrari 488 GTE Evo driven by Michelle Gatting.

The test day resumes after a break of one hour with another four hours of running, while the Le Mans 24 Hours meeting begins on Wednesday with free practice and first qualifying.