Toyota maintained its position at the top of the times in the second session of the Le Mans test day on Sunday, with Jose Maria Lopez again leading the way.

After topping the times in this morning's session, 2021 Le Mans winner Lopez once more led the way for the  Japanese manufacturer with a 3m29.896s lap, the fastest time of the day, set deep into the second of the two four-hour sessions that precede next weekend’s Le Mans 24 Hours round of the World Endurance Championship.

Lopez put his Toyota Le Mans Hypercar back on top in the penultimate hour on Sunday afternoon after Romain Dumas had gone quickest for Glickenhaus with a 3m30.104s just minutes before.

The time from Lopez was still down on the 3m29.115s with which Glickenhaus driver Oliver Pla topped the test day times last August.

Lopez precipitated an early end to the session with three minutes left on the clock when he briefly went off at Mulsanne Corner before continuing.

The second Toyota GR010 HYBRID ended up third quickest — in the session and overall — with a 3m30.490s from Ryo Hirakawa.

Franck Mailleux moved up to fourth with half an hour to remaining in the second of the Glickenhaus-Pipo 007 LMHs.

A 3m30.822 jumped him ahead of the best LMP2 car, the United Autosports ORECA-Gibson 07 driven by Filipe Albuquerque.

The Portuguese driver’s 3m32.099s put him three tenths up on the Alpine-Gibson A480 in which Matthieu Vaxiviere bettered his morning best with a 3m32.420s. 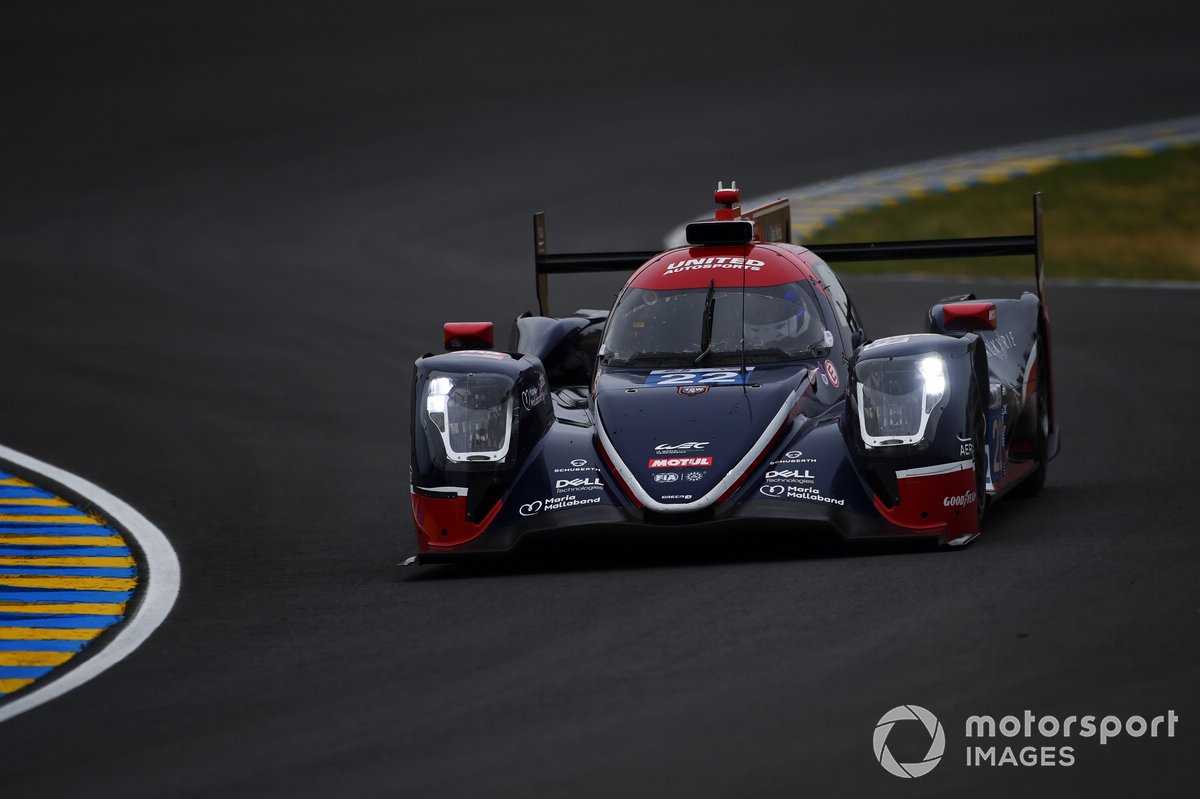 Jota took sixth overall and second in LMP2 courtesy of a 3m32.382s from Antonio Felix da Costa in the best of its ORECAs.

The second United ORECA took third in class 3m32.879s from Alex Lynn, who like Albuquerque arrived in Le Mans at lunchtime after traveling from the USA where he was taking part in the Detroit round of the IMSA SportsCar Championship on Saturday.

Norman Nato was fourth in LMP2 aboard the Realteam by WRT ORECA with a 3m32.958s, which was a couple of tenths up on Rene Rast’s 3m33.154s in WRT’s other full-season WEC entry.

Top in the LMP2 pro/am subclass was again the TDS Racing entry with Mathias Beche at the wheel.

Corvette Racing maintained its grip on the GTE Pro class thanks to a late lap from Alexander Sims.

The Briton posted a 3m54.001s to move ahead of Davide Rigon in the the best of the AF Corse Ferrari 488 GTE Evos.

Kessel Racing led the way in GTE Am courtesy of a 3m54.827s from Mikkel Jensen, who will form part of Peugeot's Hypercar roster next year .

Track action resumes at Le Mans on Wednesday: practice for the 24 Hours begins at 14:00 local time, with the one-hour first qualifying session beginning at 19:00.