If all goes to plan, Rene Rast and team-mates aboard their #31 ORECA-Gibson 07, Robin Frijns and Sean Gelael, will hope to complete in excess of 360 laps around the 8.467-mile circuit over the Le Mans 24 Hours, which counts for double points towards their World Endurance Championship title challenge.

Three-time DTM champion Rast is returning to Le Mans for the first time since 2016, when he finished sixth overall and second in the LMP2 class with G-Drive. The circuit has changed subtly in a few places since then and more obviously in others - namely the Porsche Curves - but few are better placed than the famously meticulous German to reveal its secrets.

Le Mans is often downplayed as a drivers’ challenge compared to the Nurburgring, Daytona and Spa - all races Rast has taken either class or outright wins in before - but he says such attitudes can be unhelpful.

“It’s still one of the hardest races,” Rast tells Autosport. “Most of the lap you travel in a straight line with high-speed, but people forget that we are still above 300km/h many times over the lap and it’s not like we can drink coffee while doing that.

“It’s for sure not an easy race and also the vibrations from the engine, sometimes the heat, the noise is extreme, it’s not that comfortable to drive that car down the straight.”

Here, Rast guides you through the key corners where drivers can gain and also loose time during the 24 Hours. 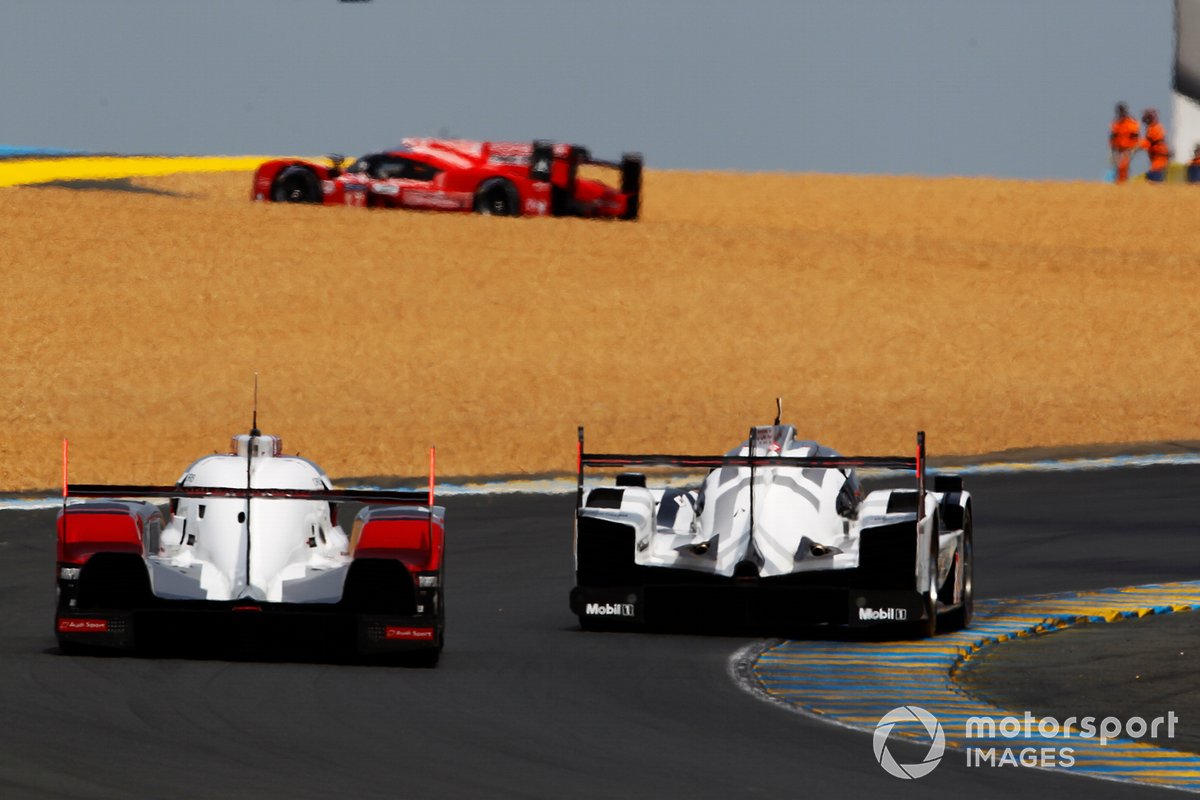 Fast approach to the Dunlop Chicane can catch out the unwary

In the dry, the right-hand corner before that chicane is flat. But the braking zone is very short, so you have to brake straight after that or you’re going to miss the first left of the chicane.

When it’s wet, you have no reference where to brake and there are lots of mistakes happening because in the wet obviously you need a longer braking phase. You have to brake basically in that right-hand turn, where the car weight is loaded on the left-hand side.

If you put the brake in the wrong moment when the car is still loaded on the left wheels, or brake a tiny bit too hard, the rears could start locking and give you an oversteer moment towards the right-hand side. If you’re not aware of that, you’re going to end up in the right-hand wall.

For LMP2 it’s less critical because our car is basically straight when we brake. But for some GT cars, I think they have to brake just after the turn or when they are still turning. 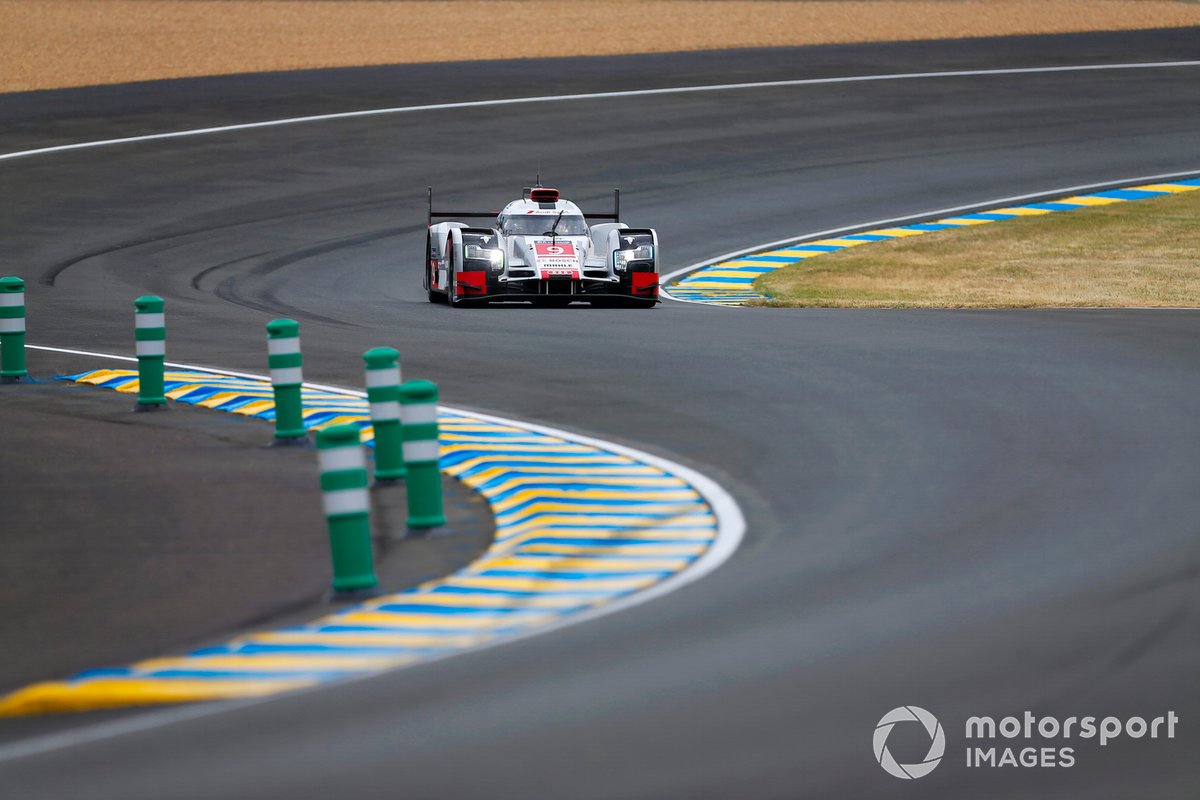 Camber through the left-hander at the Esses works in the drivers' favour, but the right-hander is blind

The left is quite cool, because it’s a very quick corner and the camber helps you to carry more speed. But the right-hander is blind. You go over a little crest and you cannot see the exit kerb, so you basically turn in and estimate where the exit kerb is.

Sometimes if you turn in the wrong moment, or you have a slippery surface or low grip, then you can end up on the grass in the left-hand side. It’s a tricky corner sometimes that can catch you out. 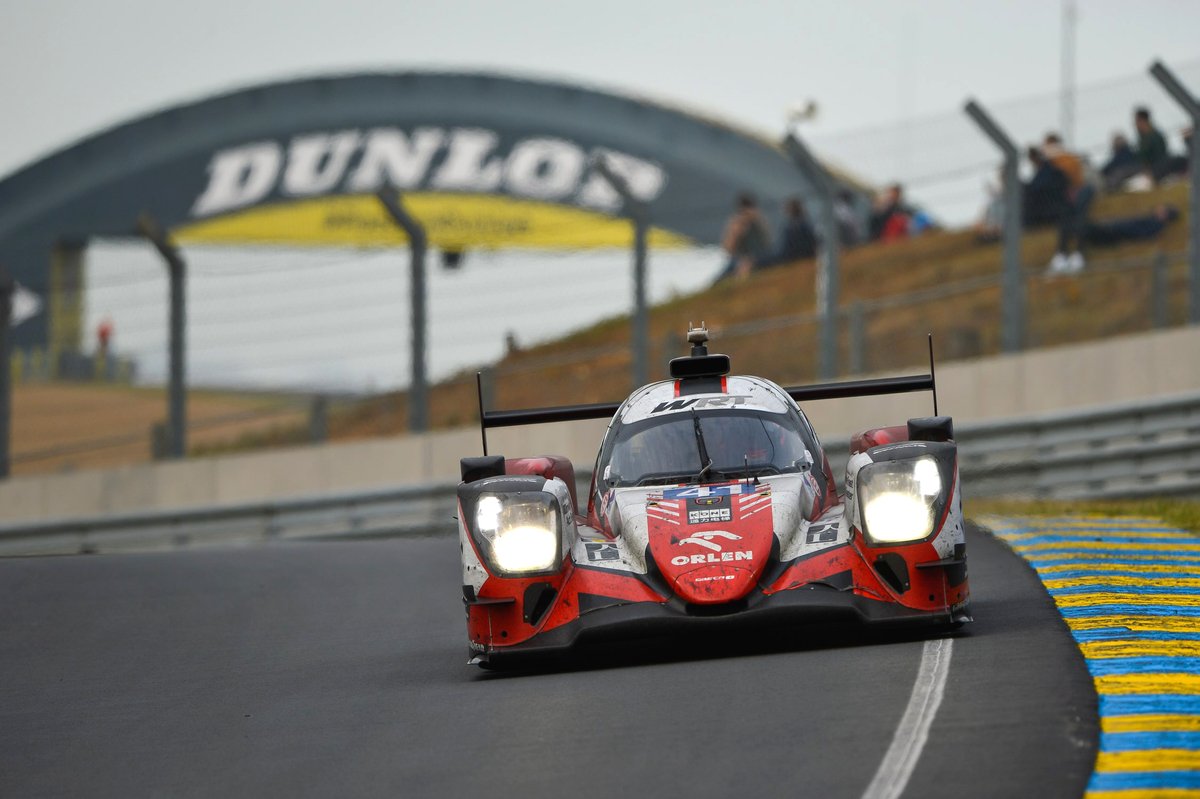 Drivers take quick lift before going back on the throttle through Tetre Rouge, one of Rast's favourite corners

This is one of my most favourite corners on the track because it’s all about the speed you can carry. The better your car is the more laptime you gain, because you carry every km/h down the straight.

You can cut quite a lot on the inside but obviously track limits on the exit are quite crucial, so you want to use as much as allowed without going too far on the exit.

For me it’s one of the coolest corners because you just lift and then go back on power, it’s a quick corner and the car is normally very stable there. 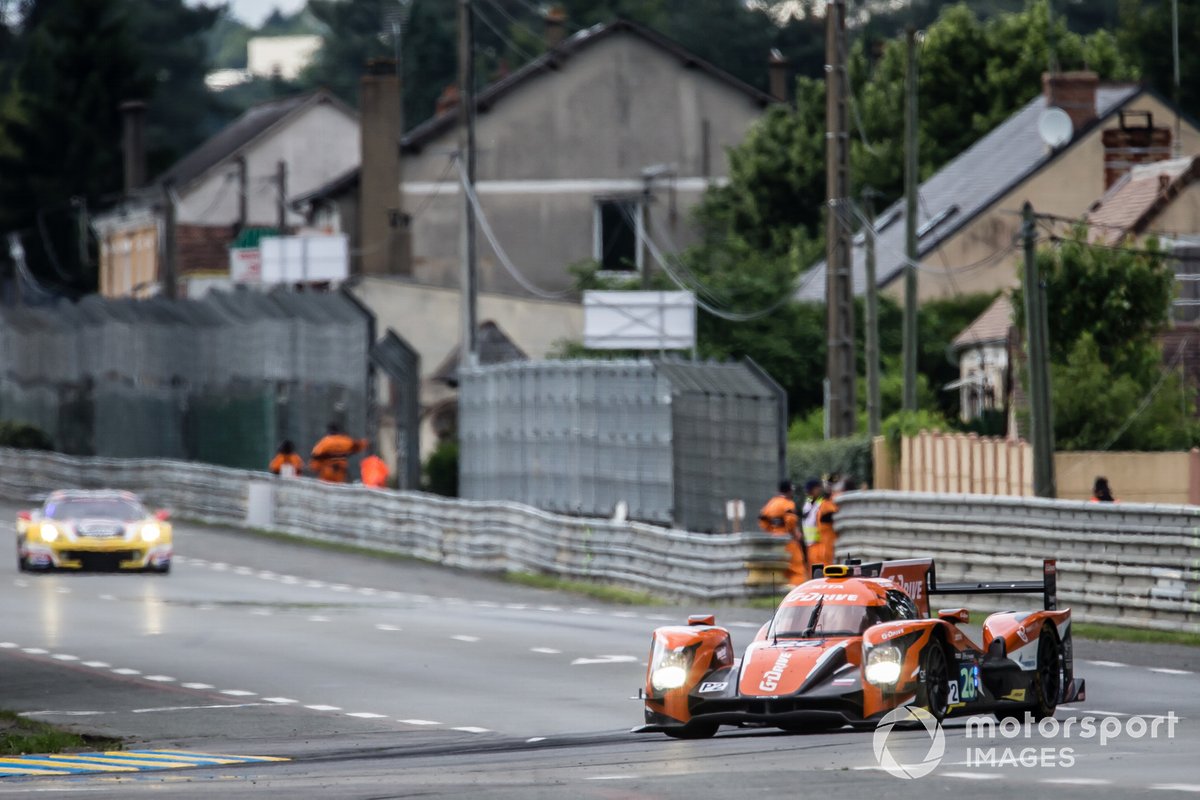 Carrying speed into the Mulsannee chicanes is vital, and the lack of grip off-line puts extra emphasis on completing passes prior to entering

It’s difficult to set up a pass into the chicanes because you can’t really focus on the exit speed. You have to carry a lot of speed into both of them and it’s not like you can drive a different line to the car in front, because there is so much dirt off-line. Once you go off the racing line, it’s like you’re on ice.

If you’re in a fight with somebody and you can put that GT car between you going in, then you’re going to gain a lot of time and they will not be able to attack you for the rest of the lap. At the end of the race, you’re willing to take more risks but during the night you try to maintain a good car and have no damage so probably you’re going to go lower risk. It depends on your position obviously. 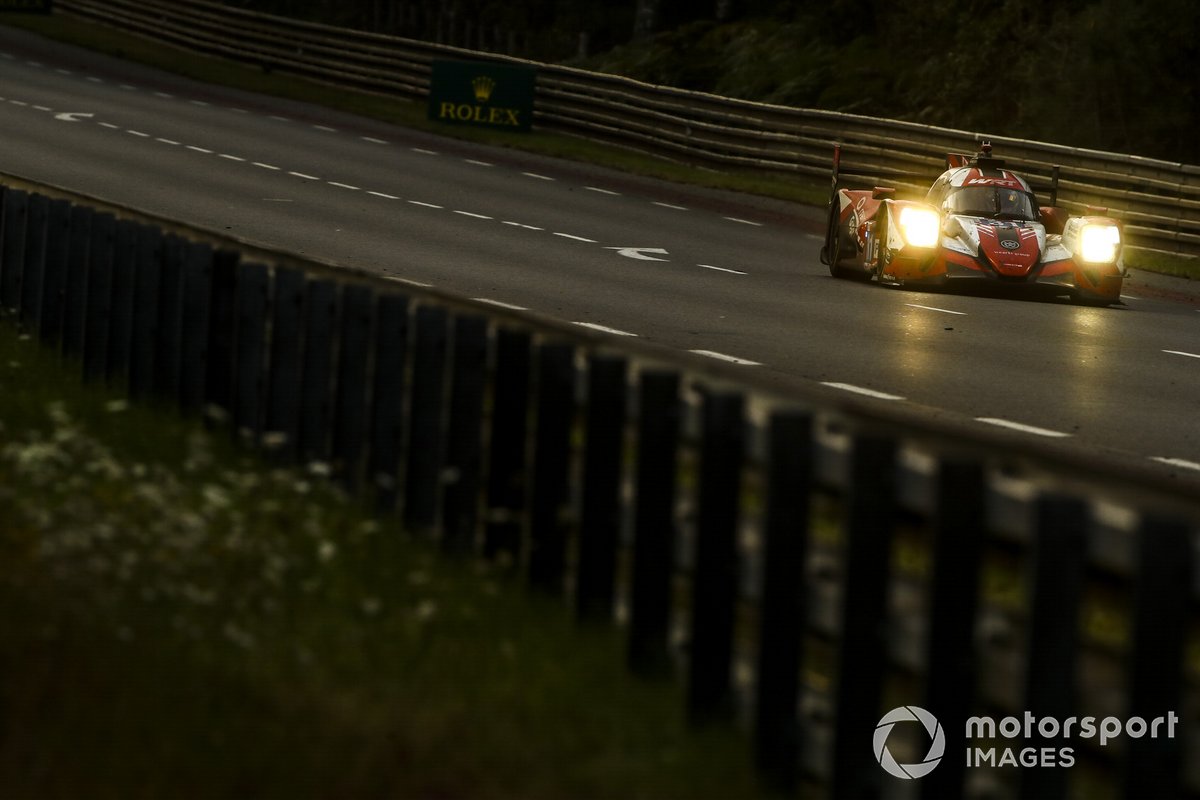 You feel it straight away if you run off-line here. Most of the cars are running in the middle and the right or left, depending on which Mulsanne chicane you go into. Especially at the beginning of the week if you run a bit off-line on the straight, you hear that you pick up dirt and there is debris flying around. It’s better towards the end of the week when lots of overtakes have been done, which basically cleans the straight. 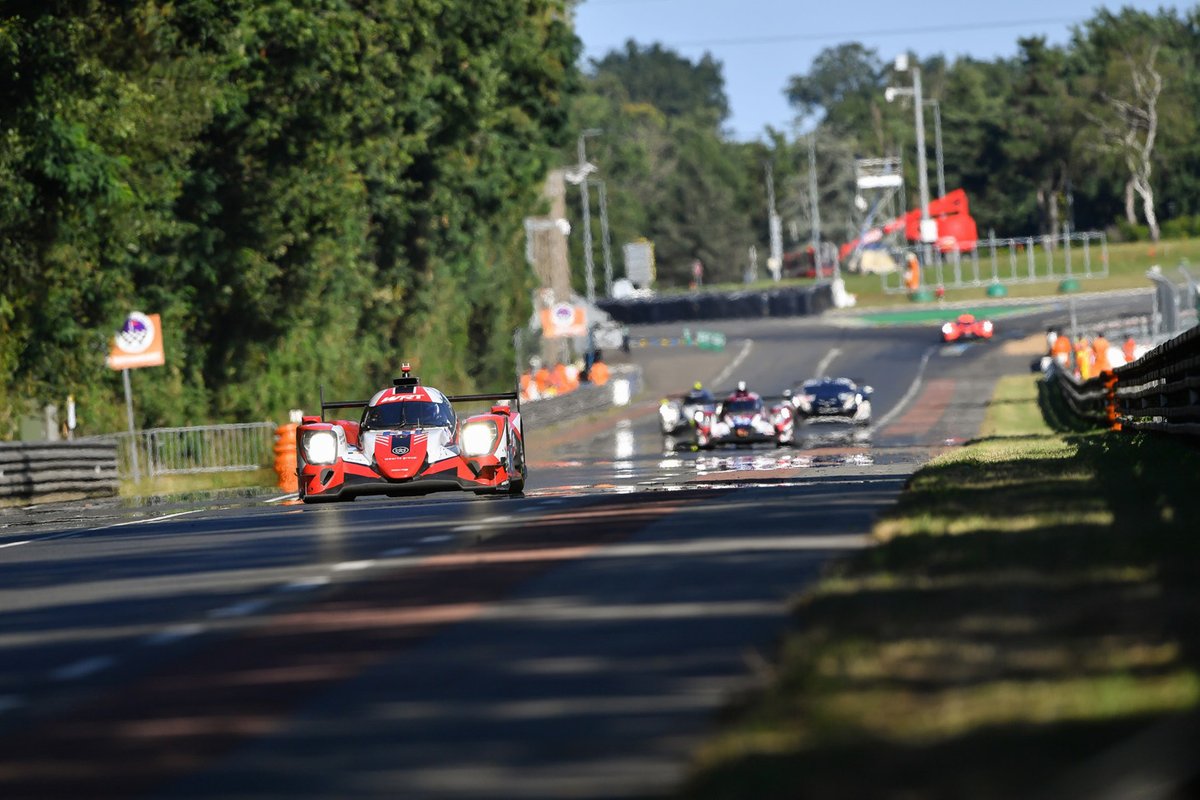 This is a very laptime-sensitive corner, depending also on the wind. If you have a headwind or tailwind, that’s a big difference.

It’s about finding the sweetspot during that race of where to brake, because sometimes you can gain a lot of time by just braking later and taking a bit more extra risk. It's a good passing opportunity too.

But obviously the downside is if you lock up the front right, then you’re going to end up in the gravel and lose even more time. 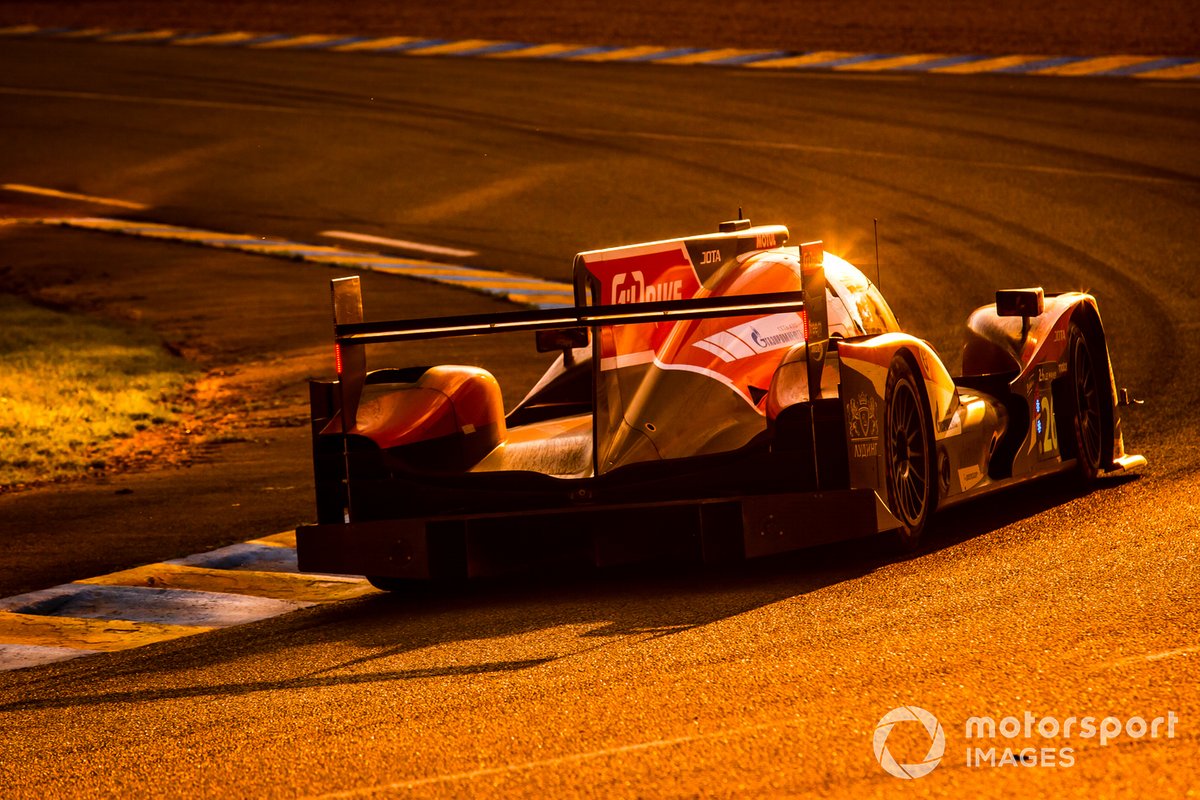 It’s a tricky part of the track because the car is quite light there. You go in at full speed to the right-hander, don’t brake, just turn in and lift a little bit. Then while cornering, you have to brake in sixth gear for the left-hander and the car gets very light.

It’s not like Tertre Rouge where you basically load the car and then go back on power. It’s more like you load it and then brake at the same time, so it’s a completely different kind of corner and that’s why it’s difficult. You can lose or gain lots of lap time. It’s not one of my favourite corners to be honest, because it’s always quite loose on the rear. 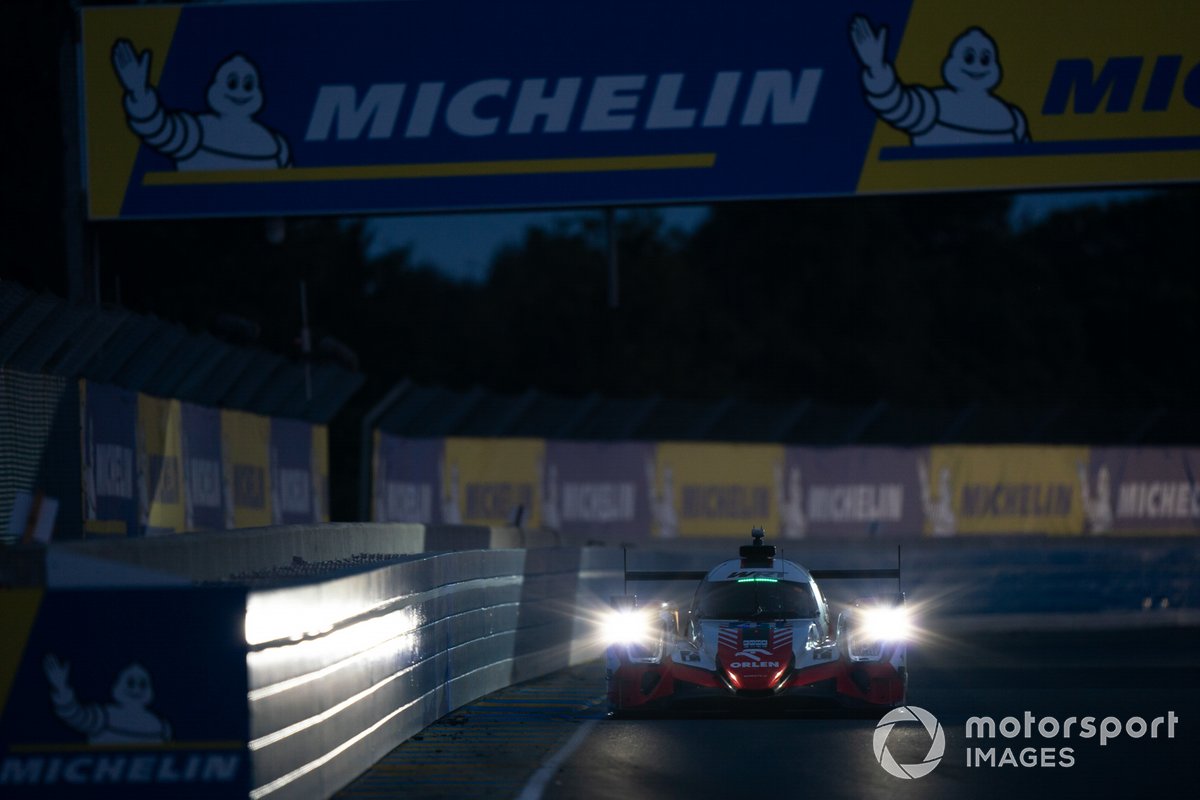 When I was driving there last, they had still the walls and there was no gravel. It’s a bit more open now, which gives you more room for error and to attack a bit more.

In the dark and in the wet you probably have less reference points because everything is just further away, but in the daylight I think it’s easier. I haven’t driven it so I’m very excited to see how it is.

Obviously it’s there for safety and we saw some nasty crashes in the past, so we’re all happy to have that extra safety. The cars are very quick in the Porsche Curves, so it’s still a challenge, it’s not like it’s easy to go through there now. 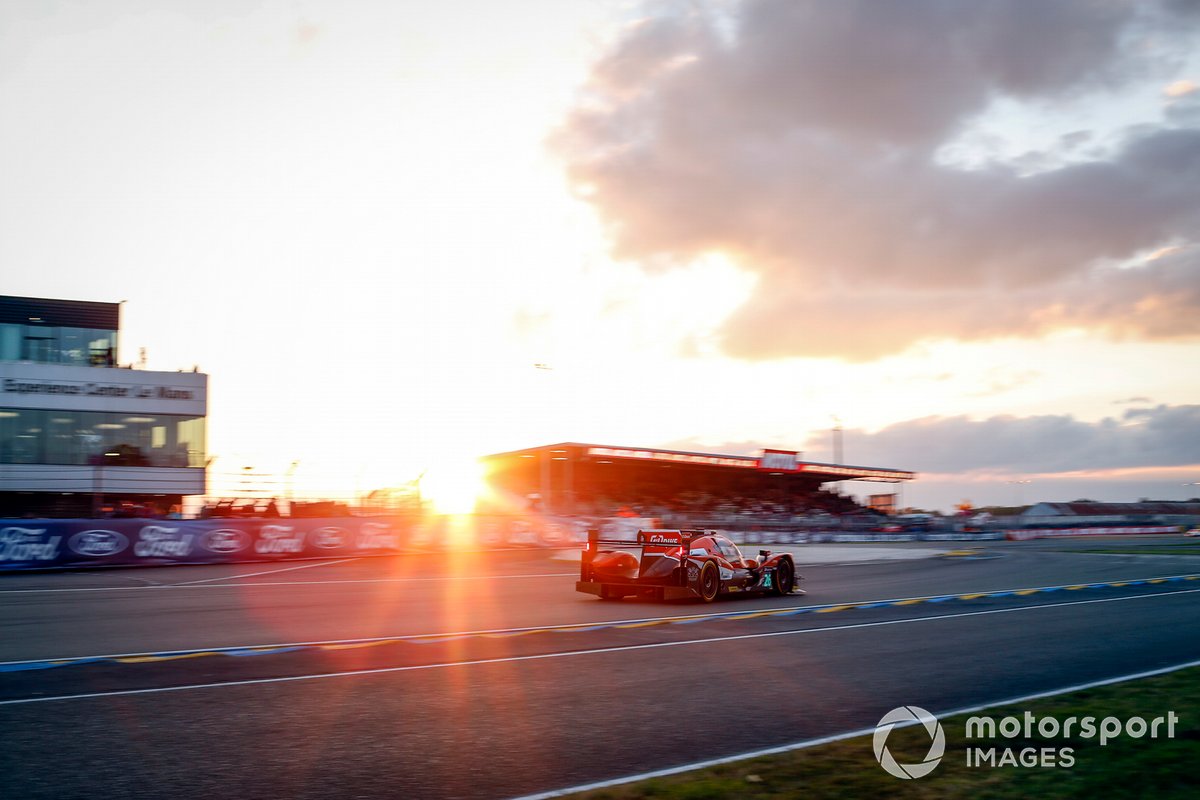 Ford Chicane is all about mechanical grip, and is one of the slowest sequences on the track

Most of the track is high-speed and you come out of the Porsche Curves where you have a lot of grip due to the downforce, and then you arrive to one of the slowest parts where the car needs more mechanical grip. It’s always kind of an unknown how the car will behave.

If you hit a kerb at the wrong angle, the car can be unsettled and cause you to spin off. It looks a bit ridiculous to spin there, but we are used to downforce and then all of a sudden you have no downforce anymore and have to rely on the mechanical grip. So it’s a tricky part! 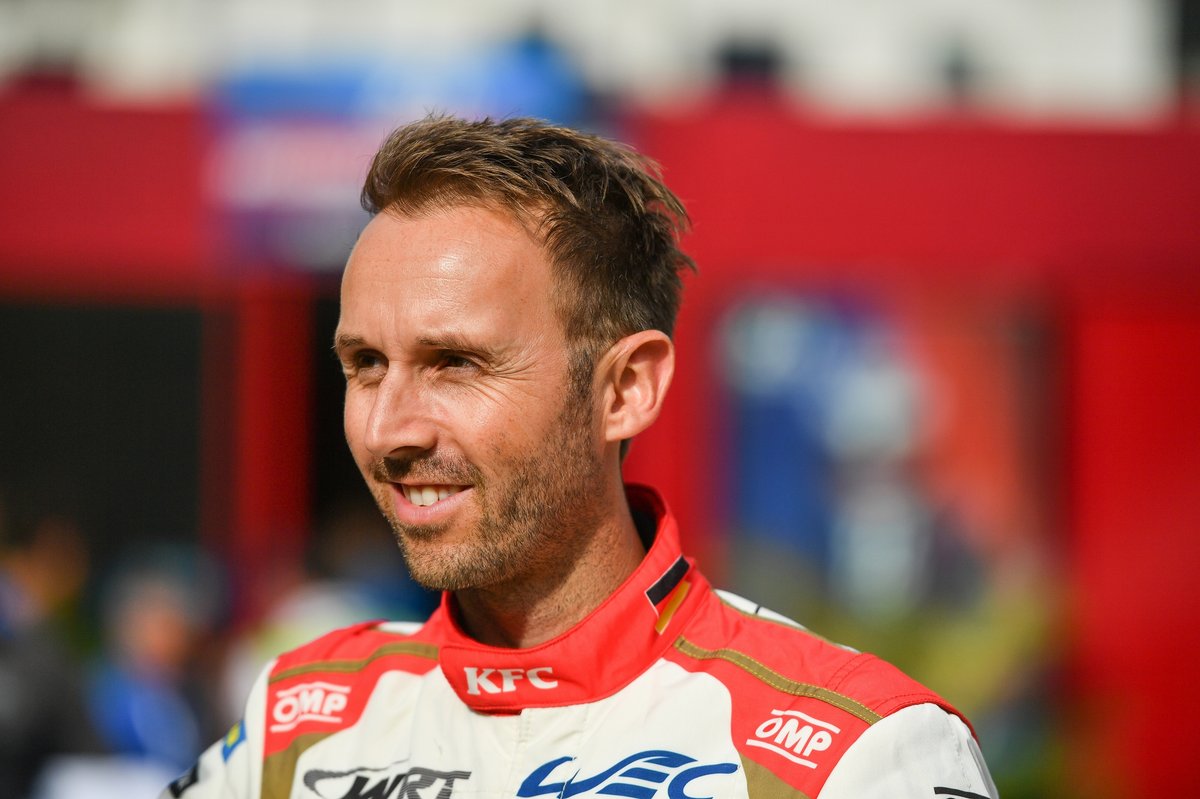