The #7 Toyota led the Le Mans 24 Hours at one-third distance, as the LMP2 battle was turned on its head by a wild sequence of accidents as rain caught out the leading competitors.

Behind them, the #36 Alpine A480-Gibson of Nicolas Lapierre, Andre Negrao and Matthieu Vaxiviere was a running in a solid third until Vaxiviere spun the car in the gravel at the first Mulsanne Chicane and required towing out. That allowed the #708 Glickenhaus to get ahead of him, now running third overall in Pipo Derani’s hands, while the #709 lagged outside the top 10 overall, hampered by a penalty for overtaking under the safety car.

The race’s second safety car was required in the sixth hour, when a rainstorm arrived soon after dusk and caused a sequence of accidents around the track. The first was Manuel Maldonado going off at the Dunlop Curve, careening through the gravel and collecting his class-leading #23 United Autosports team-mate Paul di Resta, which had hit the front in Wayne Boyd’s hands, at the chicane at the top of the hill.

On the other side of the circuit, on the run towards Indianapolis, another top-three P2 contender Franco Colapinto crashed his #26 G-Drive Aurus into a stack-up of cars, slamming into Sophia Floersch (#1 Richard Mille Racing) and sending them both pinballing between the barriers.

As Floersch attempted to recover by reversing across the track, she was hit again by the #74 Racing Team India Eurasia car of Tom Cloet, who was later given a 10-second penalty for the clash. Floersch was forced out of the race and required to take a trip to the medical centre, where she was declared fit. 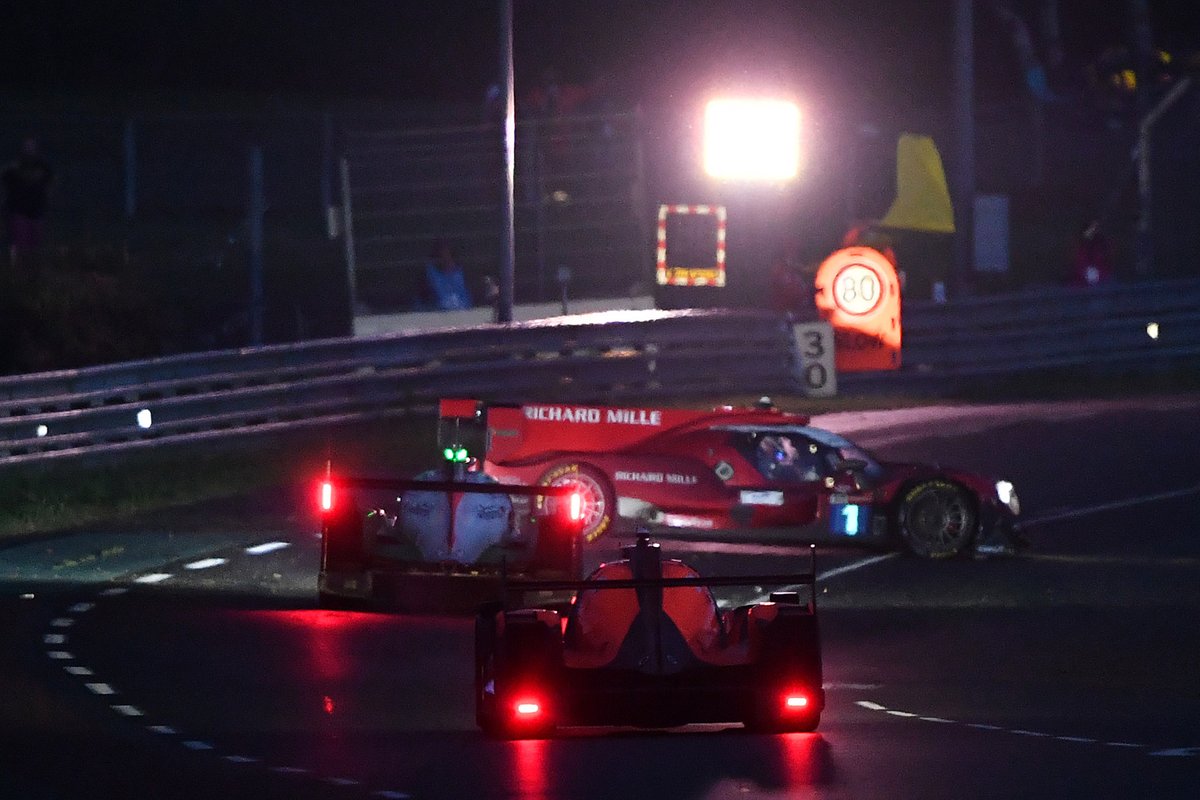 In hour seven, the race’s third safety car was for Egidio Perfetti spinning his Team Project 1 Porsche into the tyrewall at the first Mulsanne chicane, where it was joined soon after by the class-leading TF-run Aston Martin of Felipe Fraga, who had suffered a rear puncture but rejoined after repairs.

A fourth safety car was called just before the eighth hour, as Rui Andrade shunted the #25 G-Drive hard on the approach to the Dunlop Chicane.

In LMP2, JOTA suffered its second big blow of the race when its #28 ORECA driven by Tom Blomqvist was handed a 90s stop/go penalty and a drivethrough penalty in the sister #28 car for crossing the white line on the entry to the pits and not respecting the restart procedure after a safety car.

United’s third car then led until Fabio Scherer spun its #22 car, allowing the #31 Team WRT ORECA of Robin Frijns, Charles Milesi and Ferdinand Habsburg to lead from its sister #41 car and the #65 Panis Racing entry is well in the mix too.

In GTE Pro, Ferrari continued to hold sway, the #51 car pulling clear of the sister #52 entry, the latter being delayed when Sam Bird was hit into a spin by the Am-class Ferrari of Brendon Iribe at the Ford Chicane.

The #52 then got further separated from the lead battle due to falling foul of the safety car lottery, while Nicky Catsburg drove some great stints in the #63 Corvette to briefly grab the lead before James Calado repassed him in the #51 Ferrari. 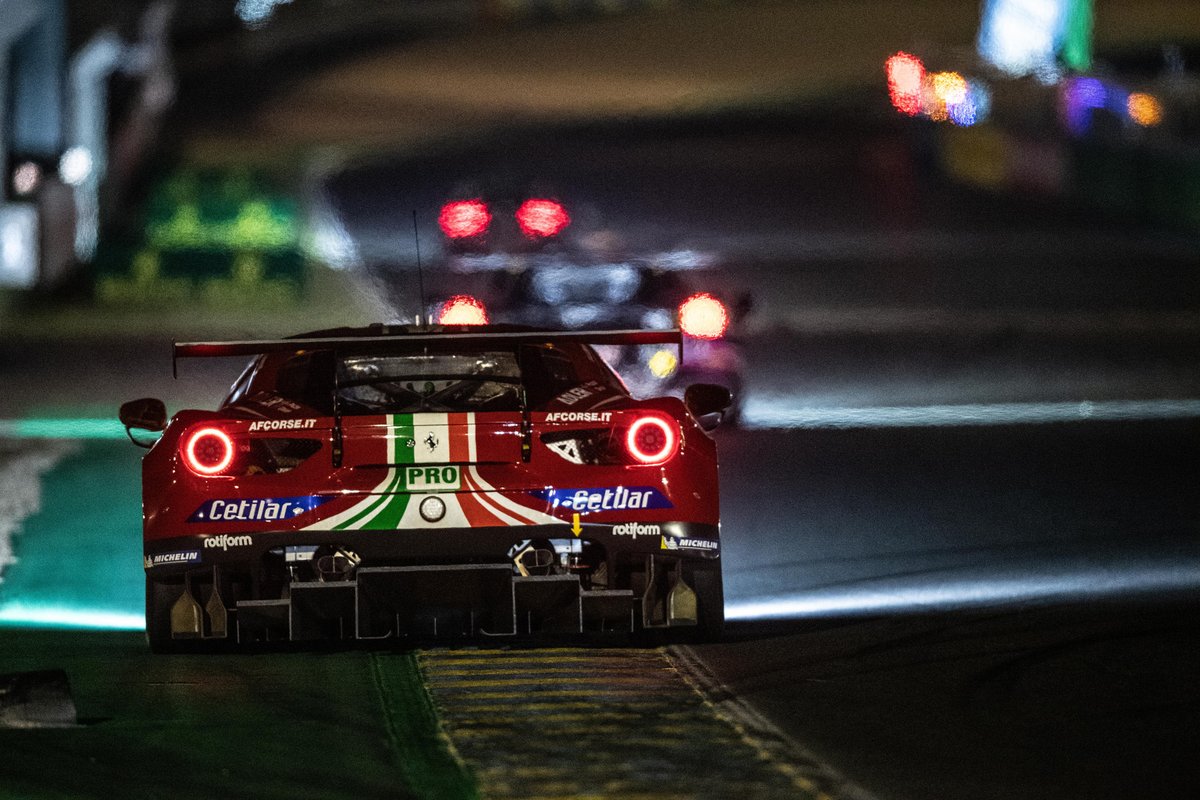 Behind the Ferrari-Corvette-Ferrari leading triumvirate, the factory Porsches have fallen off the pace, and run fourth and fifth, ahead of the WeatherTech example.

In GTE Am, the #83 AF Corse Ferrari of Francois Perrodo, Nicklas Nielsen and Alession Rovera inherited the class lead, ahead of the #80 Iron Lynx Ferrari of Callum Ilott and the delayed, erstwhile class-leading, Aston.

Other frontrunners who were delayed by crashes in the rain included Duncan Cameron, who shunted the #55 Ferrari out of a top-five position, and the #47 Cetilar Ferrari that was first beached at first Mulsanne Chicane, and later hit the tyrewall at Tertre Rouge in Ricardo Lacorte’s hands. Cameron then beached the #55 at Indianapolis.