The #7 Toyota Gazoo Racing entry had a 68s lead despite a wayward moment for Lopez at Mulsanne Corner, when Kazuki Nakajima pitted the #8 car at the end of the 17th hour.

However, when Lopez handed over to Conway, the pitcrew struggled with a sticking wheelnut and gave up 40s of its advantage to the #8 Toyota, although the Briton and Nakajima were then matching each other’s lap times, around three seconds off their fastest laps.

This isn’t the closest the pair have been, however, as Kobayashi dropped the #7 car at Indianapolis in the 13th hour and emerged only nine seconds ahead after avoiding the barrier. Then in the 15th hour, as Brendon Hartley handed over to Nakajima, the #8 got a new nose. Just as this 16th hour was completed, Nakajima reported a gearchange issue to his team.

Third in the top class, four laps behind the leaders, is the #36 Alpine A480-Gibson currently piloted by Nicolas Lapierre, chased by the #708 Glickenhaus 007 of Olivier Pla on the same lap. The second Glickenhaus of Richard Westbrook runs two laps further behind.

Will Stevens is a lap down in the Panis Racing entry, 11s ahead of Tom Blomqvist's #28 Jota car. 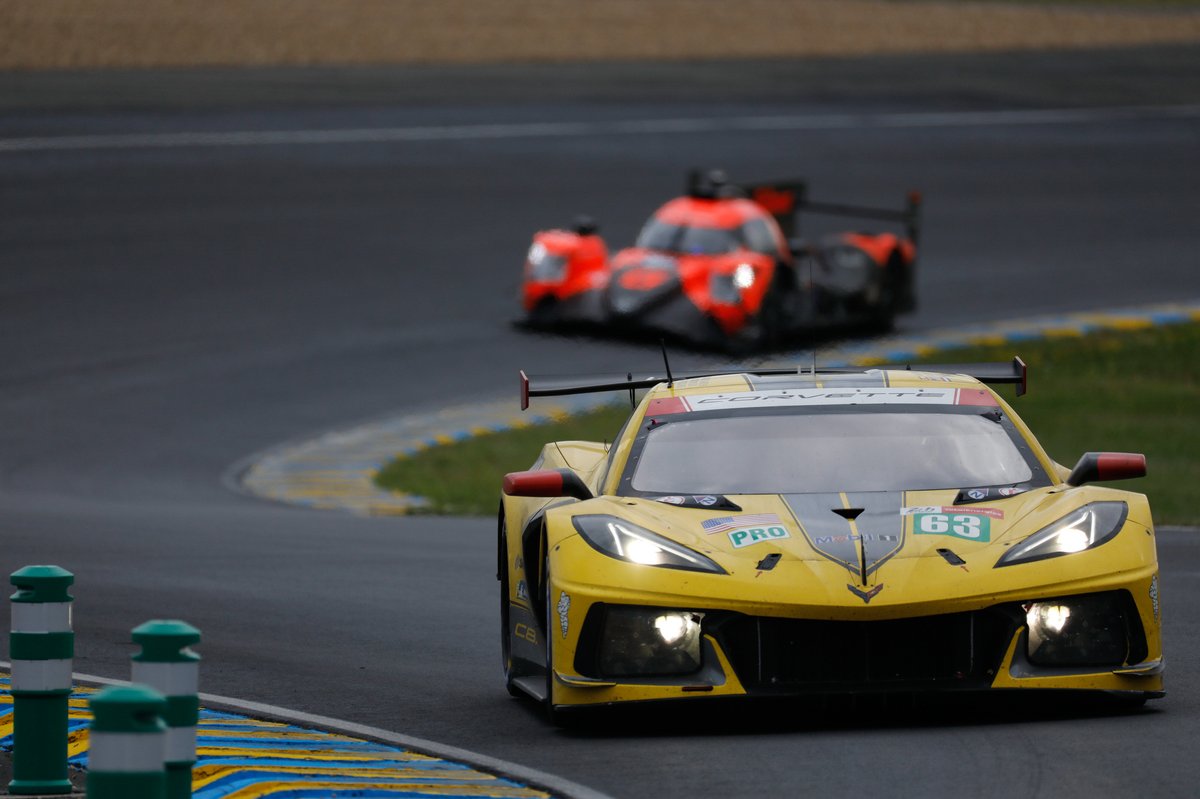 The #52 AF Corse Ferrari should also have been part of this battle, but now runs several laps adrift after suffering left-rear suspension failure in the 14th hour.

That has allowed the factory Porsche 911 RSR-19s of Michael Christensen (#92) and Richard Lietz (#91) into third and fourth in GTE Pro.

AF Corse is also in charge of the GTE Am class, Francois Perrodo’s #83 Ferrari 488 leading the TF Sport Aston Martin Vantage AMR currently steered by Ben Keating by 1m40s. Also on the lead lap in class is the #80 Iron Lynx Ferrari of Matteo Cressoni.

A lap down is the #77 Dempsey Proton Porsche 911 RSR of Christian Ried, chased by Claudio Schiavoni's #60 Iron Lynx Ferrari.