JOTA LMP2 driver Anthony Davidson said he was "gutted" to spin out of the lead at the Le Mans 24 Hours but admitted he "would have made exactly the same mistake all over again."

In the third hour Davidson was leading his class in the #38 JOTA ORECA-Gibson 07 he shared with Antonio Felix da Costa and Roberto Gonzalez when he got caught out by a sudden rain shower in Turn 1.

Behind a spinning Porsche GTE Am car, Davidson also lost control and spun in the gravel.

Because the car got beached, he lost several minutes and eventually had to box for repairs, tumbling JOTA down to 19th in LMP2.

Davidson said he was "gutted" and accepted full responsibility for his costly off, but admitted that if he were to go back in time, he would not have done anything different.

"I messed it up, my fault," he said on WEC's official broadcast.

"It was wet around Turn 1, the Porsche went off in front of me, probably distracted me a little bit if I'm honest and took my eyes off the road momentarily looking at him.

"The whole rest of the circuit had been dry up to that point. And even the memory of having left the pits going through the pitlane and through Turn 1 and Turn 2 it was much drier than what it was when I came back around.

"It's just gutting. The rain came down straight out there on cold slicks. Honestly, I think if you had given me that chance to go out there and do it all over again, I would have made exactly the same mistake all over again.

"I was in the lead in the race in my class, and you don't want to give up the lead. So, it's a balance between taking risks and not letting others catch you under those conditions."

The #38 JOTA entry, which finished second last year with the same driver line-up, had looked imperiously strong in the opening stages. 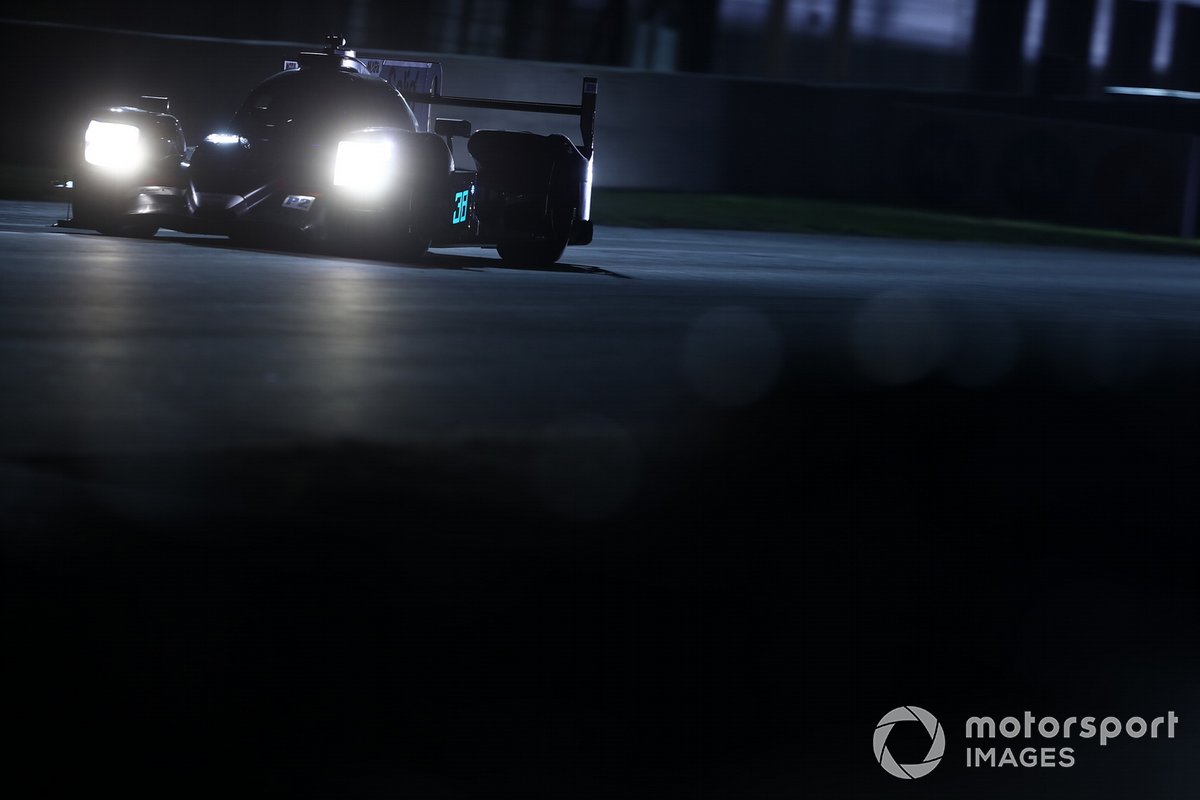 Starting driver Felix da Costa, who took pole on Thursday, built up a gap on the pursuing #26 G-Drive ORECA before handing off to Davidson around the 2h30m mark.

Davidson said he was particularly sorry for the Portuguese Formula E star, who had been LMP2's standout performer so far.

"I'm sorry to the guys, especially Antonio, he was flying out there doing such a great job this week," he added.

"The car was flying. It was a dream to drive all week. We'd all worked so well, myself included, getting the set-up just perfect."

The #38 car disappeared into the garage for lengthy repairs before resuming the race, which Davidson explained was due to gravel from his excursion causing damage to the oil filter.

"It was part of the off through the gravel," he said.

"Unfortunately, I think stones got wedged between the floor and the engine and punctured the oil filter, and then the engine started losing oil, so they had to change that.

"So yeah, just snowballing from that one small mistake which had massive consequences. I was hopeful that I'd got away with it because I didn't end up in the barrier."

JOTA's other entry, the #28 car of Stoffel Vandoorne, Sean Gelael and Tom Blomqvist, looked well-placed to pick up its sister car's pieces, leading spells of the evening hours.

But a 90-second stop and hold and a drivethrough penalty for Blomqvist, respectively for jumping his safety car queue and crossing the white line on pit entry, dropped that car off the lead lap in fifth.