Toyota dominated the timesheets in final practice ahead of this weekend's Le Mans 24 Hours, going almost two seconds clear of the rest of the Hypercar field.

Best of the rest was the #708 Glickenhaus 007 LMH in which Pipo Derani set a late improvement of 3m30.141s to get within two seconds of the pace.

Richard Westbrook posted a 3m30.822s, exactly 2.5s off the pace, to go fourth in the sister #709 Glickenhaus, just ahead of the Alpine A480-Gibson grandfathered LMP1 car driven by Andre Negrao.

United Autosports set the pace in the LMP2 class courtesy of a 3m32.226s effort from Alex Lynn in the #23 ORECA 07-Gibson.

Second in class was Job van Uitert for Panis Racing, ahead of Jonathan Aberdein in the best of the JOTA entries, the #28 car.

The order in the GTE Pro class virtually mirrored that of Hyperpole, as the two Corvette C8.Rs locked out the top two spots in class, albeit with the #63 car of Nicky Catsburg besting the pole-winning #64 machine of Tommy Milner.

Porsche's pair of works 911 RSR-19s were next, Gianmaria Bruni delivering the German marque's best lap time in the #91 car to edge the sister #92 machine, followed by the two factory Ferrari 488 GTE Evos. 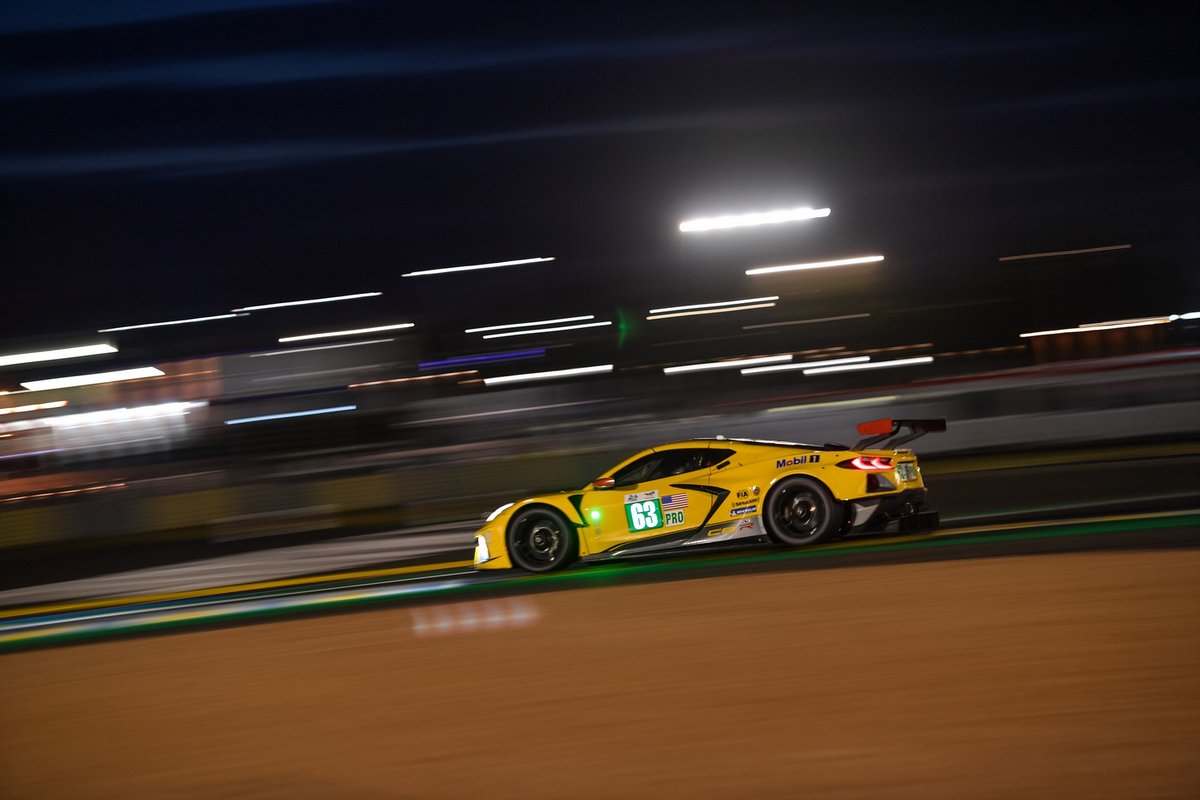 Harry Tincknell was the pacesetter in the GTE Am class with a best effort of 3m55.067s at the wheel of the #77 Dempsey-Proton Racing Porsche.

The two-hour night session ran largely without incident, although Graff driver David Droux did suffer an off on his out-lap at Mulsanne corner on the car's first lap since Eric Trouillet's incident in third practice.

TDS Racing's ORECA did not appear in the session following Philippe Cimadomo's crash at Corvette Curve in FP3.

The next on-track action at Le Mans is the warm-up session on Saturday morning at 10.30am local time, ahead of the race at 4pm.