Ex-Formula 1 star Robert Kubica is targeting a race finish in this weekend’s Le Mans 24 Hours, having failed to see the chequered flag in previous endurance races of the same length.

The Polish driver will make his debut in the French endurance classic with WRT, driving the #41 Oreca 07 alongside Louis Deletraz and Yifei Yi as part of a two-car line-up for the Belgian LMP2 squad.

The trio have achieved plenty of success in their first season in the European Le Mans Series and currently lead the championship with victories in Barcelona and at the Red Bull Ring.

However, Kubica hasn’t had much luck in 24-hour races in the past, with his previous two outings ending in retirement due to factors outside his control.

An entry into the Dubai 24 Hours in 2017 was cut short by technical issues, while his High Class Racing Oreca had to be retired with gearbox troubles even before he got to drive the car in this year’s Rolex 24 at Daytona.

The 36-year-old hopes this trend will end at the Circuit de la Sarthe, despite Deletraz being the only driver among the trio to have past experience of competing at Le Mans.

“Le Mans is the biggest endurance race and one of the most historic tracks,” said Kubica. “I am really happy to be here and take part in this event, which I am sure will be full of new things and new challenges.

“We will have to respect the event, try to avoid mistakes and do as well as we can. Tricky situations will appear, for sure, it will be important to minimise risks and stay away from situations that can put us in difficulty, on and off track.

“It is going to be stressful, it will demand a lot of energy and effort, but I am very happy to be here and I hope to finish for the first time a 24-hour race. I only did two in my career, without seeing the finish, and hope this one will be different.” 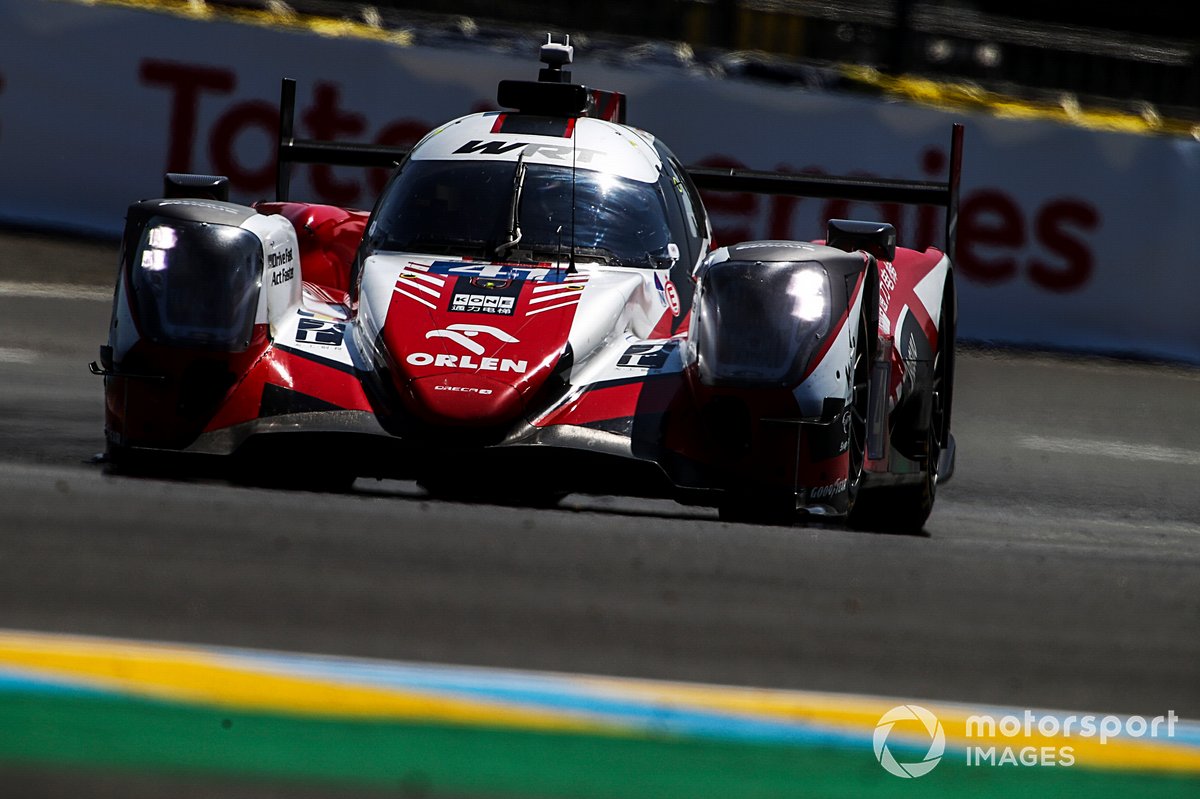 WRT has made an impressive entry into prototype racing this year after achieving considerable success with Audi GT3 machinery over the last decade, entering a car each in WEC and ELMS.

The team scored its first podium in the FIA World Endurance Championship at Monza last month with Ferdinand Habsburg, Robin Frijns and Charles Milesi behind the wheel of the #31 Oreca 07.

WRT boss Vincent Vosse said it is a dream come true to see his outfit compete at Le Mans, as its ramps up preparation for a possible LMDh assault in the coming years.

“This is the end of a long wait,” said Vosse. “Le Mans has always been a dream, not even secret, for Team WRT since we launched the team.

“For every motorsport fan, Le Mans means a lot, especially if you are an enthusiast of endurance racing. Personally, when I was a driver, it was one of the greatest experiences in my life and now I am terribly happy to come back in another capacity.

“This said, no race commands higher respect than Le Mans. We take our 2021 participation as exploratory, although we always race with ambitions.

“We know that despite the great preparation, the highly-qualified Le Mans experts we have in our team and the great driver line-ups, we will face a lot of unexpected and we’ll learn a lot. Let’s see how it goes, but being here is already quite something.”