Ex-Formula 1 racer Heikki Kovalainen says he's disappointed that the rescheduling of the Suzuka SUPER GT round has prevented him from making his Le Mans 24 Hours debut this year.

Kovalainen had been planning to take part in the French endurance classic with the HubAuto Racing team, having taken part in the 2019 Suzuka 10 Hours with the Taiwanese squad.

The Finn was even listed as being as one of the drivers of HubAuto's GTE Pro class Porsche 911 RSR-19 on one version of the official entry list alongside Nick Cassidy and Dries Vanthoor.

By then however it was clear that Kovalainen could no longer take part because SUPER GT had rescheduled its Suzuka round - originally set for late May - to the same August weekend as Le Mans.

With Kovalainen's SUPER GT commitments for the SARD Toyota squad taking priority, the 39-year-old has had to put his Le Mans ambitions on ice for now.

"It’s of course disappointing, I was really looking forward to it," Kovalainen told Autosport. "I know the HubAuto guys well, the chief engineer [Phil di Fazio] is my old engineer from British Formula 3 [in 2002].

"Unfortunately it didn’t work out. I always told the team that SUPER GT is the priority, so if something happened, even if it’s at the last minute, I have to cancel. Luckily it happened early enough, so there was never any discussion [about racing or not], they understood it perfectly well.

"It would be nice to do Le Mans one day in a prototype, and it would have been good to get a feel for it in a GT, but it wasn’t meant to be." 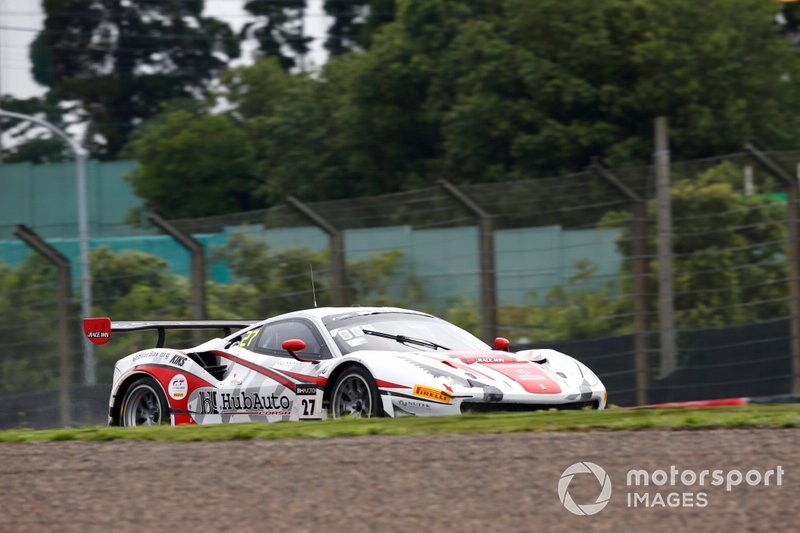 Kovalainen raced for HubAuto in the 2019 Suzuka 10 Hours, sharing a Ferrari 488 GT3 with Cassidy and Nick Foster

Asked whether he will target making his Le Mans debut next season, Kovalainen indicated that his plans for 2022 are still far from being decided.

"I haven’t made any plans for next season," he said. "I would like do more rallying, either here in Japan or somewhere else, with the WRC2 car.

"But other than that I haven’t really thought about it. I haven't spoken to anyone about SUPER GT or WEC or anything else, so we'll see."

Of HubAuto's originally-planned line-up, only Vanthoor has been able to take up his seat, as Cassidy was also finally ruled out by a clash between the Le Mans test day on 15 August and the Berlin Formula E season finale.

As a gold-rated driver and Le Mans rookie, Envision Virgin Racing man Cassidy was obliged to take part in the test day in order to be able to race. Platinum-rated drivers do not face this requirement.

HubAuto finally settled on Maxime Martin and Alvaro Parente to partner Vanthoor in its Porsche, one of two non-factory 911s in the GTE Pro class.