Ben Keating says his GTE Am class win in the Le Mans 24 Hours last weekend feels like redemption for the 2019 victory he lost due to a post-race disqualification.

Keating had dominated the Am division of the 2019 running of the La Sarthe classic sharing a Riley Motorsports-prepared Ford GT entered under his own name alongside Felipe Fraga and Jeroen Bleekmolen, but was thrown out of the results on a pair of minor, non-performance related technical infringements.

It was the second win in three years for TF Sport, who had run Jonny Adam, Charlie Eastwood and Salih Yoluc to victory in 2020, and came after Keating finished second in the TF Aston he shared with Felipe Fraga and Dylan Pereira last year.

Reflecting on his triumph, Keating said that knowing he made the difference with a clean run during his time at the wheel of the #33 Vantage GTE - unlike many of his bronze-rated rivals - gave the win extra meaning.

Asked by Autosport if his victory felt like redemption for his 2019 disqualification, Keating replied: "Absolutely. Somebody asked me what it feels like to win Le Mans, I told them this my second!

"Everyone knows we won it in 2019, the difference is this one will be in the record books. There’s something special about that.

"This race is special partly because we had a 100 percent mistake-free race, and I know I contributed to the win.

"I did a triple stint with four hours, 30 minutes to go, and getting out with 90 minutes left, and to see we had an 80-second lead with Marco in the car, knowing I did my job, that was really special." 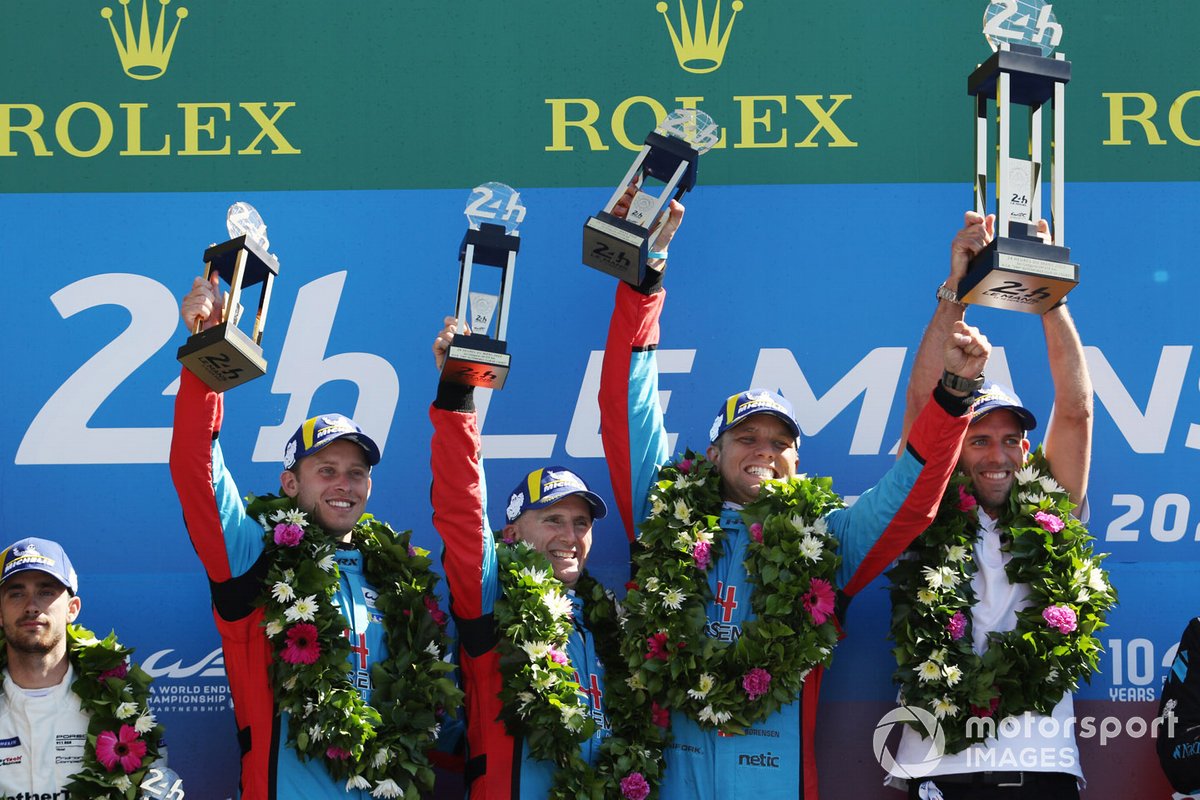 Keating however was prepared to admit that he and his team-mates needed an element of fortune to beat the second-placed WeatherTech Racing Porsche of Cooper MacNeil, Julien Andlauer and Thomas Merrill, the latter by some distance the fastest bronze-rated driver in the field.

"What saved us from the #79 was the safety car with about five hours to go [triggered by Robin Frijns' crash in the WRT LMP2 car]," explained Keating.

"We were off strategy with all the other cars, most of the others and just pitted and we got in their tail in the same safety car train, so we were almost a lap up.

"We got really lucky there. We gave up two and a half minutes in the last five hours, so they had the pace."

Aston Martin made it two cars on the podium in GTE Am as the NorthWest AMR squad of Paul Dalla Lana, Nicki Thiim and David Pittard came home third behind the WeatherTech Porsche.

Dalla Lana was happy to admit his opposite number in the winning TF squad deserved his triumph.

"I have to give Ben his due, I think he was the difference today," Dalla Lana told Autosport.

"I think Marco and Nicki and David and Henrique were pretty similar. 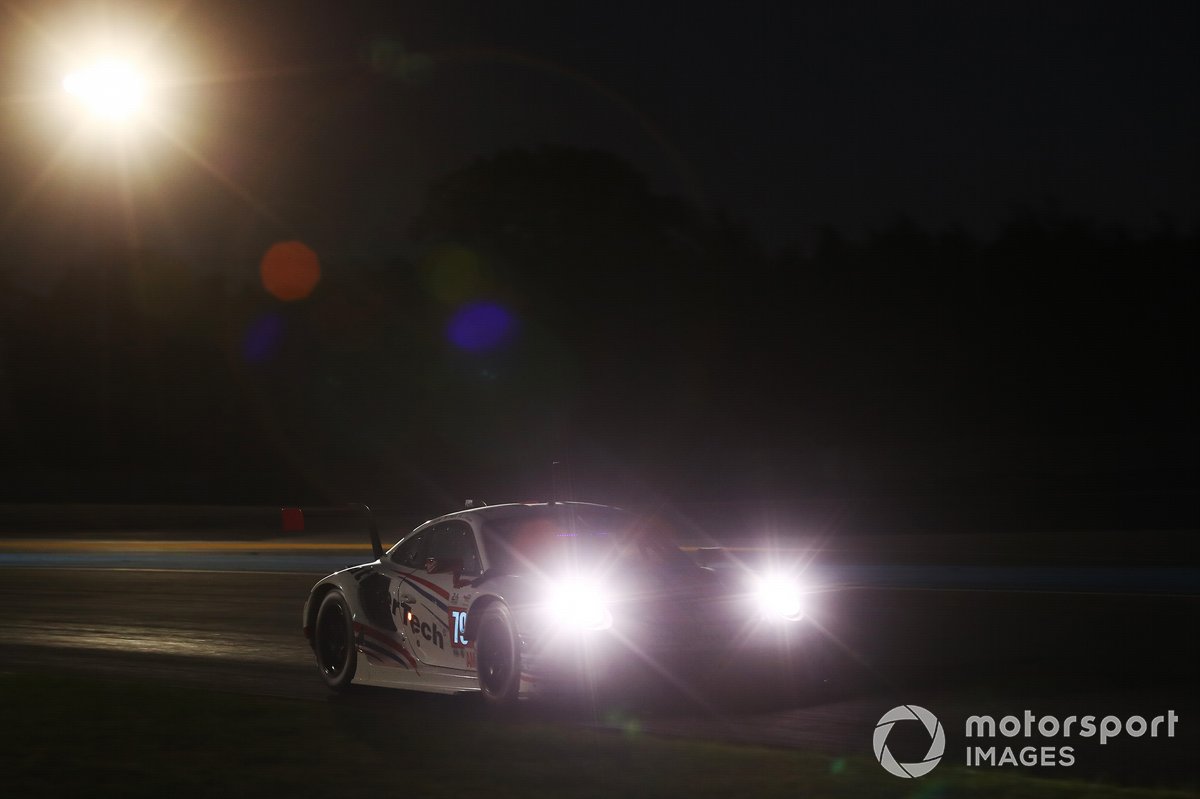 The #79 WeatherTech Racing of MacNeil, Andlauer and Merrill led much of the first half of the race before TF clawed back into contention

"We had split a safety car split us, but we also had a moment in the night, David touched someone and broke the splitter.

"But I have to hand it to Ben, he deserves the win.

"The real surprise was Porsche. They should have won five different ways and just had that Le Mans fortune that I’ve known… they were so strong."