HubAuto's achievement in beating GTE Pro factories to take a class pole position for the Le Mans 24 Hours can inspire other aspiring privateer entrants, according to its technical director.

The Taiwanese outfit in its first competitive appearance with the Porsche 911 RSR-19 claimed a major upset in Thursday's hyperpole session, following a red flag for Kevin Estre's crashed #92 factory Porsche, as Dries Vanthoor clocked the fastest time of 3m46.882s.

Making his return to Le Mans for the first time since 2017 in an ultimately successful GTE Am class tilt, the Belgian stormed to the top spot by 0.181 seconds over the #52 AF Corse Ferrari of Daniel Serra with what he later described as the "lap of my life".

HubAuto's technical director Philip di Fazio told Autosport that the feat should serve as a means to show other private teams that it is possible to race against and beat the better funded works squads.

"This is actually a conversation Morris and I were having last night, we brought this topic up exactly," he said.

"It is an example and I think it would be an inspiration to other teams to say, ‘look, it’s actually achievable, as a privateer we can go there and make a good result if we work hard and we do our homework and do the job properly’.

PLUS: The Asian underdog taking on the mighty GT factories at Le Mans

"So maybe you’ll see some other teams in future maybe doing the same, or trying to do the same."

The Le Mans test day last weekend was only the team's second day of running the car, and Di Fazio explained that the team has found the Porsche a "huge step in terms of the amount of data that’s available" from its previous experience of running a Ferrari 488 in the GTE Am class last year.

"There’s so many channels, there’s really a lot to look at," he said.

"Mechanically, in terms of the vehicle dynamics of the car, it’s very responsive, it’s extremely sensitive in terms of aerodynamic performance, so that’s probably been the biggest thing to come to grips with and understanding how sensitive it really is. 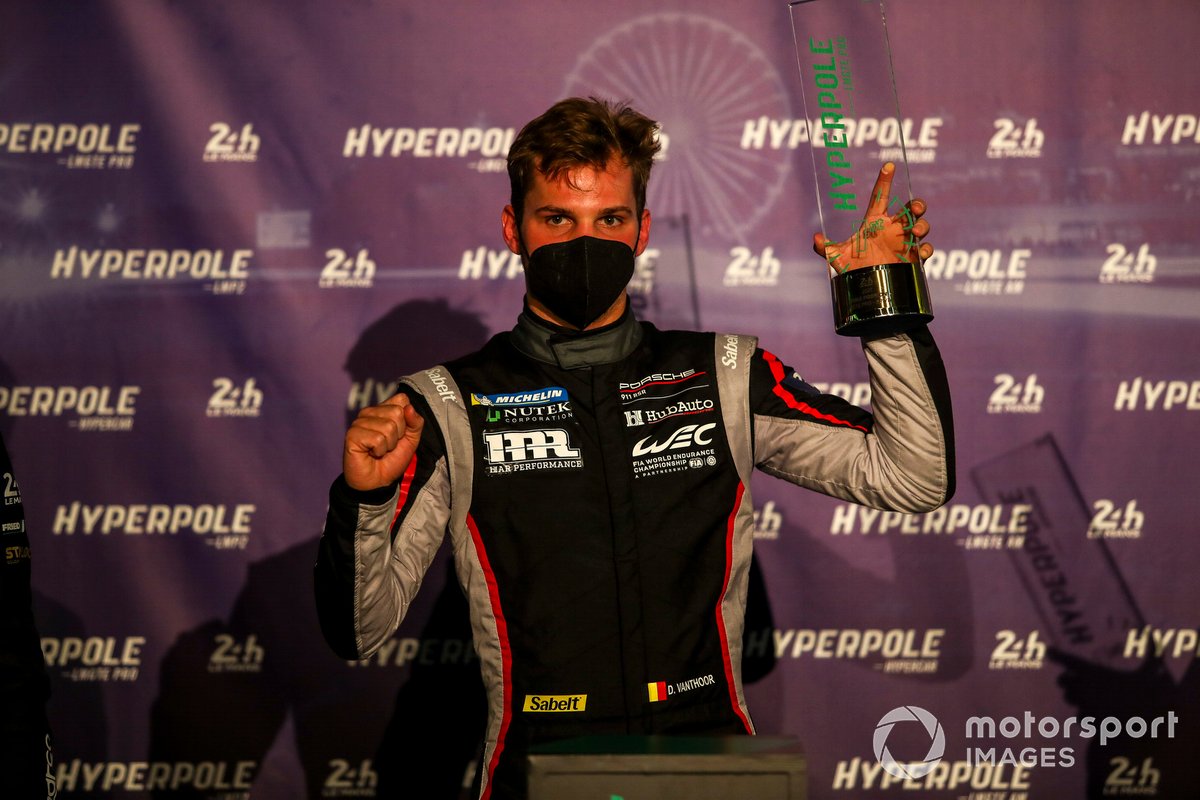 "Porsche have been quite supportive with a certain degree of information and they gave us a decent starting point so we weren’t totally in the dark. That’s been a big help.

"It has been a steep curve, and we don’t have obviously the abundance of stuff that the factory teams have, there’s only myself and one other data engineer, so it’s impossible for us to get through all the data and look at everything.

"We do it the best we can. It’s exhausting, I’m looking through data and analysing performance to the point of exhaustion."

Vanthoor told Autosport that a "risky" set-up change had been key in improving the car's straight-line speed to the point of being able to challenge for pole.

"I would be lying if we said that our first free practice sessions were running like planned," he said.

"We tried a lot of things and they weren’t really improving where we would have liked. But at the end we made a call, it was maybe a risky call, but in the end it worked out.

"The car was never really bad, we just were lacking top speed at the end of the straights. And at the end this is where we made a change and it worked out really well for us."