Toyota driver Brendon Hartley has labelled his third Le Mans 24 Hours victory last weekend as just as special as his first back in 2017.

Hartley admitted that the emotions hit him in the car he shared with Sebastien Buemi and Ryo Hirakawa as he took the chequered flag because of the intensity of the battle with the sister Toyota over the course of the blue riband of the World Endurance Championship.

“This one feels as good as the first,” said Hartley, who took his first Le Mans win with Porsche in 2017 and then followed it up with a second in 2020 with Toyota after returning to the WEC from a 25-race stint in Formula 1.

“I was really overwhelmed with emotions when I crossed the line; the emotions really came out today.

“It was an amazing race because we were pushing each other so hard. We were giving it everything: there was nothing left on the table because it was so evenly matched.”

The return of a full crowd to Le Mans after one year without spectators and one with limited fans was also important, Hartley revealed.

Hartley admitted to shedding tears in the car when he crossed the finishing line.

“My wife and daughter, who is six months’ old, are here and my engineer radioed in and said he’d just seen them: I lost it even more and had even more tears,” he explained. 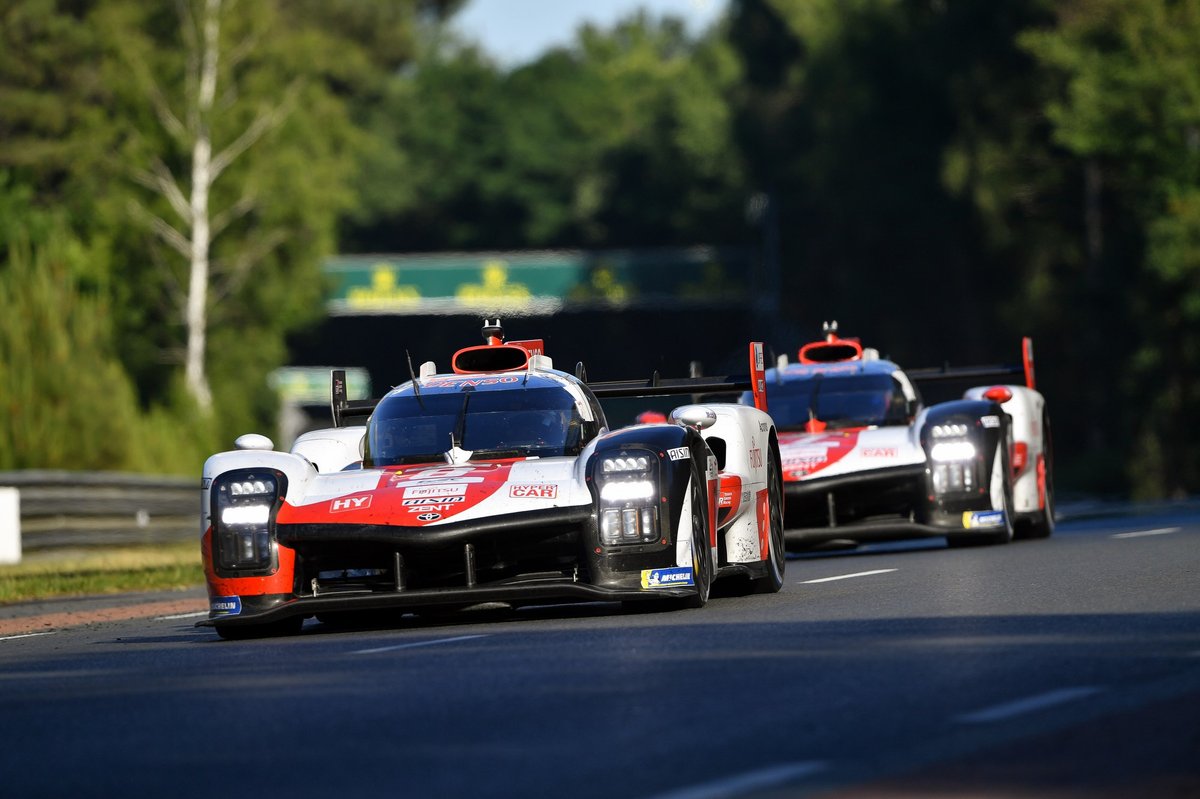 Hartley paid tribute to Kamui Kobayashi, Mike Conway and Jose Maria Lopez in the sister Toyota GR010 HYBRID, who lost time in the 16th hour with a minor technical problem.

“I do spare a thought for them having that little technical issue,” he said.

“Up until that moment it was an amazing race.

“We have a good relationship between the cars, so massive respect.”

Hartley suggested that Hirakawa, who has replaced Kazuki Nakajima in the #8 Toyota for this year’s WEC campaign, will go on to become a multiple Le Mans winner.

“I’m so happy for him; we already love him, he’s really part of the team and has got a great sense of humour,” said Hartley, who claimed pole position in the #8 Toyota.

“He works very hard, he’s a proper driver and I’m sure this is going to be the first of many.”

The two Toyota led every lap of the 90th running of Le Mans, with the cars swapping positions 20 times over the course of the first two thirds of the race.

The battle was only settled in favour of Hartley, Buemi and Hirakawa when race leader Lopez had to stop on track and reboot the electronic systems of his Toyota shortly before 08:00 on Sunday morning.

The Argentinian driver had to repeat the procedure two times after making it back to the pits, the delay dropping the #7 Toyota nearly three minutes behind the eventual winners.

The final margin of victory in favour of Hartley and his team-mates was just over two minutes.