He made it to Formula 1 but it’s fair to say that Karun Chandhok didn’t exactly have the best equipment in the form of the HRT F110 and Lotus T128. It’s therefore not a surprise that he looks elsewhere for his favourite racing machine, and it comes from his time in sportscars.

Chandhok drove in selected events for LMP2 squad Murphy Prototypes between 2013 and 2016, and picks the Nissan-powered ORECA 03R as the car he most enjoyed.

“I just seemed to get on with it straight away from the first lap I drove it,” says the Sky F1 pundit.

“I’ve always liked a car that had a stable rear end on corner entry. That car didn’t have any real surprises, always a little touch of understeer, which you tend to get with a lot of sportscars. The aero balance, particularly on corner entry, gave a lot of confidence.

“I was always the shortest driver – I couldn’t ever reach the heel rest, for example, but even so it was a car I could just get in and get on with it, at any circuit, but particularly at Le Mans.”

Chandhok contested the 24 Hours three years in a row with Murphy, between 2013 and 2015. After early delays, Chandhok was sixth in LMP2 in the first year, sharing with Brendon Hartley and Mark Patterson, but it’s the following effort he remembers best.

Sharing this time with Nathanael Berthon and Rodolfo Gonzalez, Chandhok looked quick all week and believes it was his best chance to stand on the Le Mans podium.

“I’m still really annoyed,” says the 38-year-old, who was one of many victims of the weather at the Circuit de la Sarthe that year. “I feel like 2014 was the year we should have got a good result. 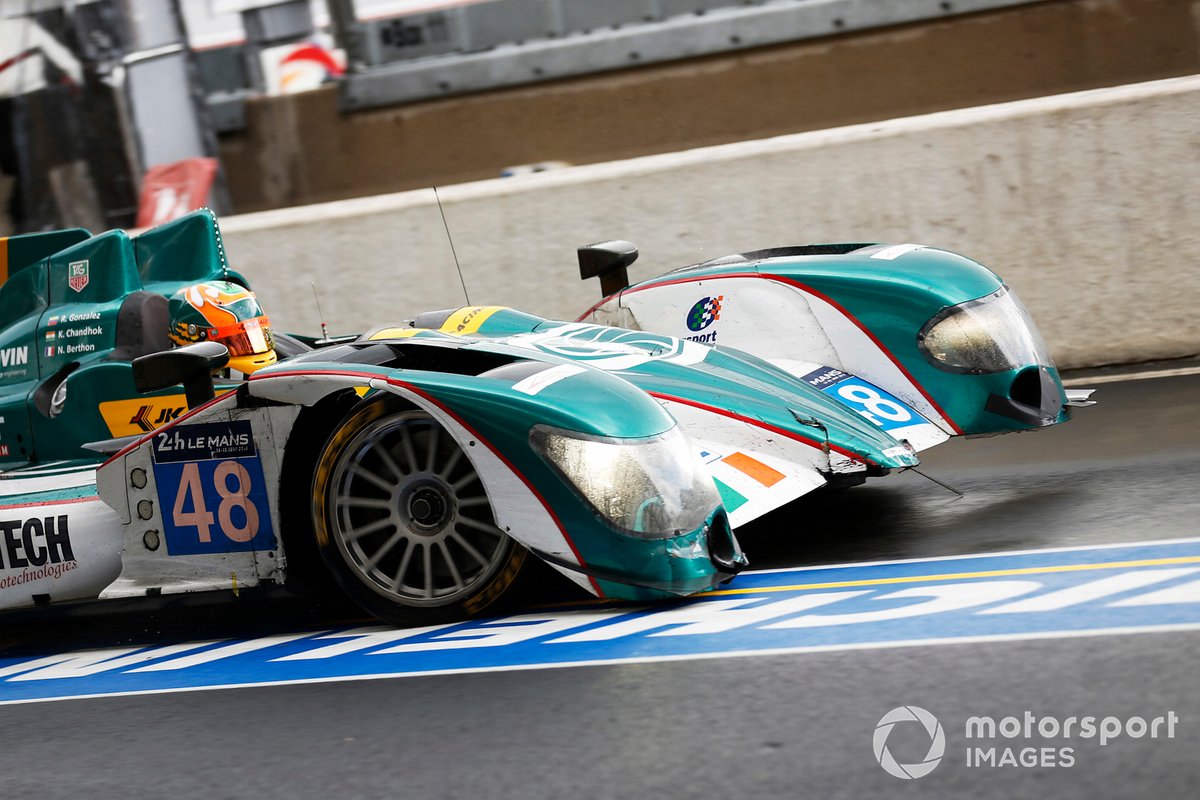 “We were going OK through quali but then I touched a bit of oil at Indianapolis and shunted. But it didn’t matter because it felt like we had a competitive car, then I got caught in a rainstorm in the race with seven other people – aquaplaned under the safety car.

“I was on the Mulsanne Straight, second gear, doing probably 40mph, and the water got underneath the floor. I had no steering, no brakes and sailed into the barrier and that cost us. We had the potential to have won LMP2 that year.”

But what about single-seaters? Surely a driver who competed in A1GP and Formula E as well as F1 and all the junior categories had some rivals for the ORECA…

"I was always the shortest driver – I couldn’t ever reach the heel rest, for example, but even so it was a car I could just get in and get on with it, at any circuit, but particularly at Le Mans" Karun Chandhok

“I raced for Durango in 2007, which had finished last in the championship in 2006, and we had less than half a budget,” explains Chandhok, who finished 15th in the main GP2 championship won by iSport’s Timo Glock. “But I won a race at Spa and we’d had a decent season.

“I remember going to Jerez and going to drive Timo’s car at the end-of-season test. I drove out of the pits and it was like this eureka lightbulb moment – the car was just unbelievable. I could not believe how good that iSport car was. It was really nice to drive.”

Chandhok took a podium in the Dubai GP2 Asia season-opener but a poor finishing record limited him to 13th, with iSport team-mate Bruno Senna fifth.

Where F1 does get a look in for Chandhok is through his testing of historic machines, largely through his Williams Heritage work. 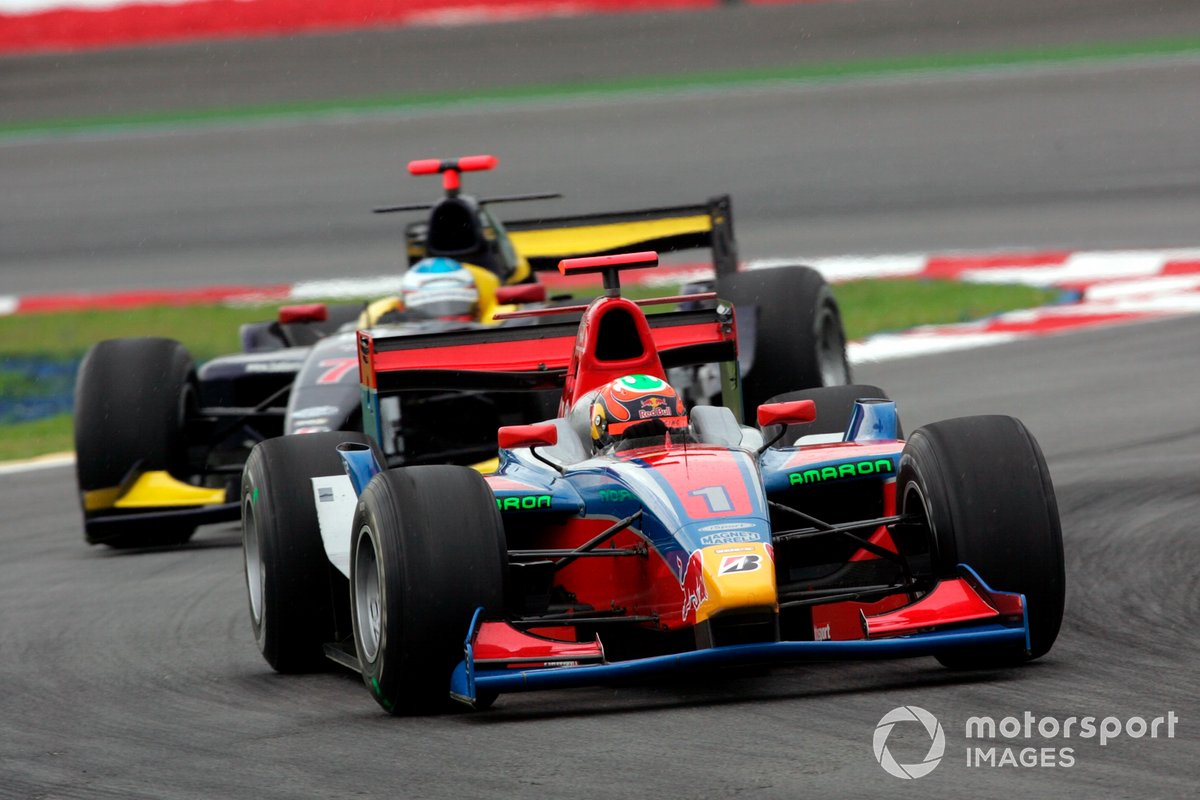 “There are two standouts,” he enthuses. “The Williams FW14B – I’ve been lucky to drive it on several occasions and it’s an unbelievable car if you think about when it was developed.

“It’s light, 505kg, the V10 engine is an iconic sound, the active suspension was so revolutionary and you think of the people involved in developing that car. As an emotional experience that’s got to be number one.”

It’s another V10 that gets Chandhok’s second vote, the Williams FW26 raced chiefly by Juan Pablo Montoya and Ralf Schumacher. The car originally ran with an unusual ‘tusk’ nose before Williams switched to a more conventional design later in the campaign.

“For me, 2004 was probably the peak of F1 performance,” says Chandhok. “You had V10 engines with just under 1000bhp and a tyre war. I drove the Montoya car at Silverstone and Goodwood, and just loved it.

“It also told me what’s wrong with modern F1. That car was 605kg with driver and this year’s are around 800kg. That’s a colossal difference.

“The Williams felt like it was going to bite you at every corner, which for someone driving it for the first time, that’s what it should feel like.

True enthusiast Chandhok can’t help but give one more car he’s tested a shout-out: “Honourable mention to the Jordan 191. That was a complete start-up team that was challenging Ayrton Senna for victory at the Belgian GP in their first season. You never get that today and I think that puts into context what a great car Gary Anderson, Andy Green and the Jordan people designed.

“Aesthetically I think 1991 remains the best-looking season of F1 cars, on average if you go across the board.” 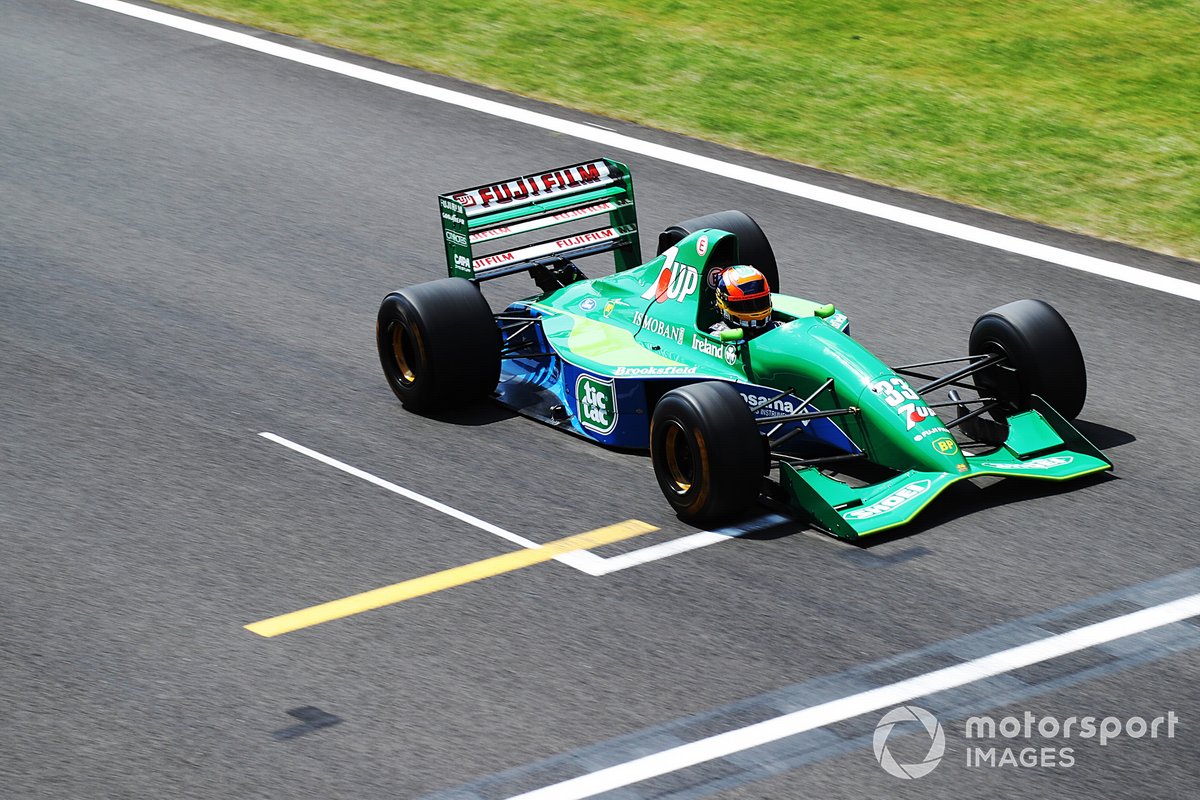