In a career that yielded the 1990 DTM title with Audi, three Nurburgring 24 Hours wins and two Formula 1 podiums with Brabham in 1977, Hans-Joachim Stuck has sampled plenty of special racing cars. But when it comes to picking his all-time favourite, it’s not up for discussion.

“I don't have to think for a second,” is two-time Le Mans 24 Hours winner’s response before singling out the Porsche 962.

The tall German pedalled factory-run 962s to back-to-back wins at La Sarthe in 1986 and 1987, also claiming two of his three Sebring 12 Hours victories with Bob Akin and Bayside Disposal-run examples of the Group C icon. He and Derek Bell claimed three wins aboard the 962 during their 1985 World Endurance Championship title-winning season, while Stuck also shone in a sprint setting with the 962, claiming titles in the short-lived ADAC Supercup series in 1986 and 1987.

“The combination of this car, the power, the downforce, the drivability was just fantastic,” says Stuck, who recently finished on the podium in a DTM Classic race at the Norisring aged 71. “To drive this car in the corners was really fantastic.”

The factory-run car Stuck raced to the 1987 Supercup title, which he drove solo and was complete with lots of personal touches, has recently been refurbished. He describes driving it as “like coming home”.

Insight: How Stuck’s favourite Porsche 962 was brought back to life

Stuck had made his debut aboard the 962’s predecessor, the 956, in 1983 and made select race appearances for the customer Brun Motorsport outfit alongside his works BMW commitments in the European Touring Car Championship. A first win came in 1984 at Imola together with Stefan Bellof, but the floodgates truly opened the following year as Stuck became a Porsche works driver, coinciding with the 956 being phased out and replaced by the longer-wheelbase 962.

His debut in the car at Daytona in 1985 wasn’t entirely memorable – completing a 962 clean sweep of the top four, 33 laps down on the winning Henn's Swap Shop Racing example – and the first world championship round at Mugello would be better filed under the ‘entirely forgettable’ category. He and Bell were disqualified for completing the final lap too slowly, having overconsumed their fuel. 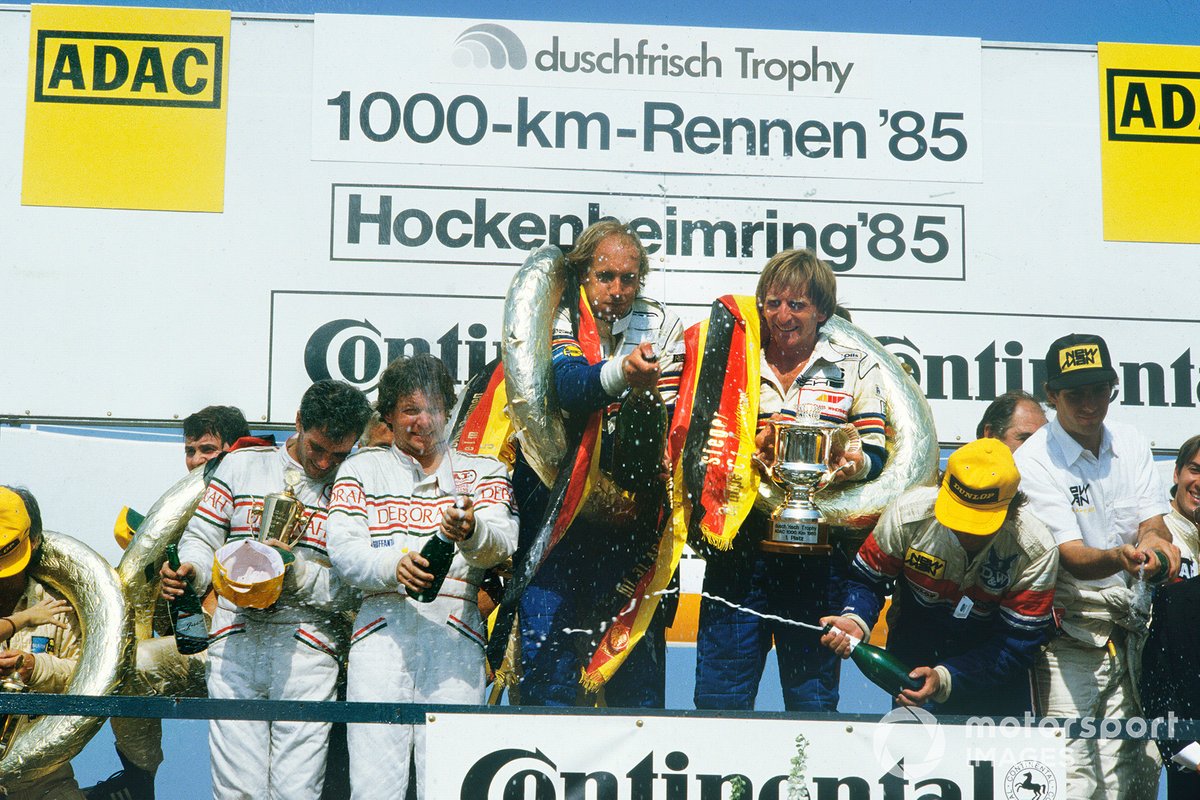 Stuck and Derek Bell claimed three wins aboard the 962 during their 1985 World Endurance Championship title-winning season, including at Hockenheim after a fire engulfed the rival Ickx/Mass car

Matters didn’t get much better at Monza, where a practice fire forced Stuck and Bell into racing the old 956. Then, when Stuck got his hands on a 962 once more at Le Mans, it was upstaged by the customer 956s of Joest – claiming a second consecutive win – and Richard Lloyd as he and Bell finished third.

But the tide started to turn at Hockenheim, where Stuck and Bell claimed a first win with the new car – in a race overshadowed by the injuries suffered to six crew members in a viscous fire that engulfed the sister car of Jacky Ickx and Jochen Mass.

The ‘BEST’ crew then made it two on the trot at Mosport, after Manfred Winkelhock’s fatal accident at the wheel of Kremer’s 962, and won again at Brands Hatch after every customer 956 entrant had boycotted the event following Bellof’s death aboard the older model at Spa. When both Rothmans-backed works entries were withdrawn from the Fuji penultimate round due to weather, Stuck and Bell were confirmed champions.

Stuck and Bell won twice together in 1986, the Monza season-opener where the PDK gearbox claimed its first competition win, and at Le Mans. This is the race he singles out as his favourite memory of the car with which he is most closely associated, “having definitely the most kilometres of all drivers in this car”.

"The combination of this car, the power, the downforce, the drivability was just fantastic" Hans-Joachim Stuck

“It’s a goosepimple moment I still have now,” the starter of 74 Formula 1 grands prix says of a race in which he and Bell were joined by Al Holbert.

The crew’s eventual winning margin was eight laps, although the death of hard-charging Austrian Jo Gartner – with whom Stuck had combined to win at Sebring earlier that year –aboard a Kremer 962 in the early hours cast an altogether familiar sombre atmosphere around the circuit.

Stuck’s second WEC title would have surely have been a formality had it not been for the failure of a switch in the PDK electronic gear-lever control at the Norisring supersprint – costing eight minutes to repair – where he and Bell were entered in separate cars. Both Stuck’s polesitting works example and Bell’s John Fitzpatrick-entered 962 finished outside the points that day, contributing to the pair ending the season level in the standings. But, crucially, Bell had finished the higher of the two in 11th on the Nuremberg streets. 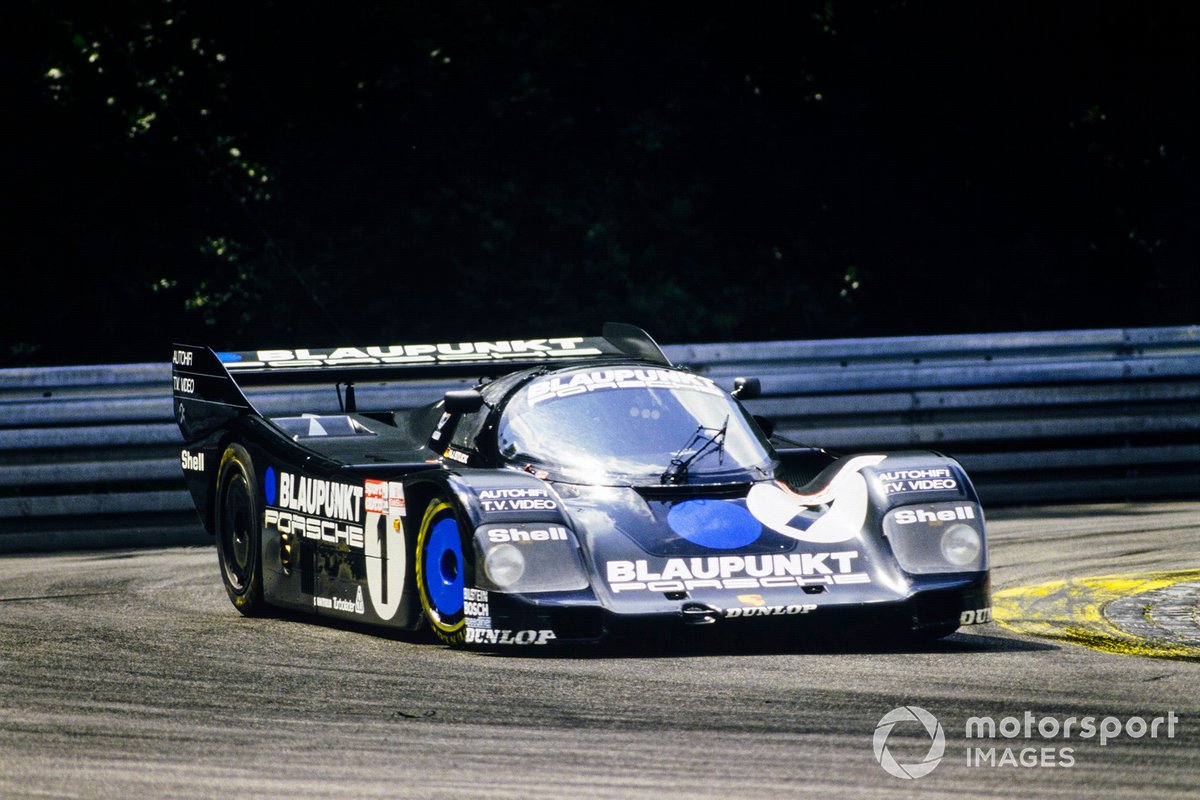 By 1987, Porsche had been usurped by Jaguar in the competitive stakes, but Stuck, Bell and Holbert still defended their Le Mans crown – winning by a full 20 laps over the Primagaz 962. It would prove the final world championship win for Stuck in a 962, although a hat-trick of wins at La Sarthe would likely have been possible in 1988 had Klaus Ludwig not run out of fuel.

Still, Stuck and Ludwig had together won Sebring earlier that year – Stuck’s third victory adding to his successes in 1986 and with BMW in 1975 – by a resounding nine laps in the same chassis that Mass and Bobby Rahal had used to win the previous year.

Stuck continued to drive the 962 regularly into 1990, before its final hurrah at Le Mans in 1991, but would claim third at the 24 Hours in 1994 with a Dauer-built 962 that was only permitted thanks to a quirk in the regulations that allowed cars homologated for road use.

Stuck counts himself “very lucky” that he survived the era unscathed, the car prone to occasional tyre problems that left its drivers helpless. But, in quiet moments, he admits that his mind will still wander back to the cockpit of Weissach’s most famous prototype.

“Definitely, when you have a day not so good, it happens sometimes,” he says. “You lay down and start thinking, and I'm right away with Porsche 962!” 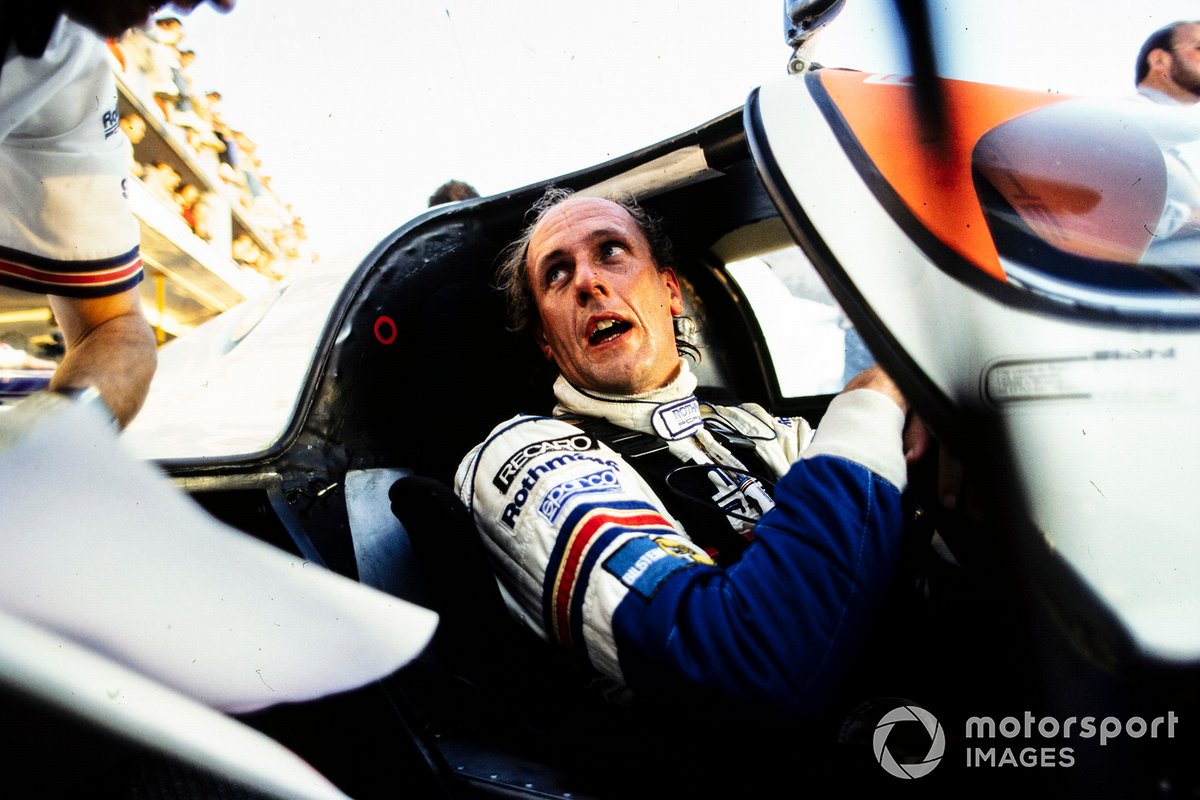 Stuck still finds himself dreaming of the 962 in quiet moments