Ferrari has been given back a small amount of the power it lost in another tweak to the GTE Pro Balance of Performance for the Le Mans 24 Hours.

The Italian marque’s 488 GTE Evo lost 0.07 bar of turbo boost pressure in the last BoP change that was issued just ahead of the start of Wednesday’s first practice session, and went on to struggle for performance in comparison to GTE Pro rivals Corvette and Porsche in qualifying.

Now the Ferrari has had a 0.02 bar increase in power in the latest bulletin issued on Friday ahead of warm-up on Saturday morning and the start of the race itself.

Neither the Porsche 911 RSR-19 nor the Corvette C8.R have had any alterations.

The BoP change comes after a Hyperpole qualifying session in which Corvettes locked out the front row for the GTE Pro class, ahead of the two factory Porsches.

Ferrari’s best effort in Hyperpole, courtesy of Antonio Fuoco in the #52 car, was 1.8s off the pace of Nick Tandy’s pole-winning effort.

James Calado, who was sixth and last in the GTE Pro Hyperpole order aboard the #51 Ferrari, was gloomy for the Prancing Horse’s prospects of defending its 2021 victory.

“We came here [initially] with the same BoP, but compared to last year we lost 0.07 bar, [after Wednesday’s adjustment], which is a lot,” Calado told Autosport, speaking prior to the latest adjustment. 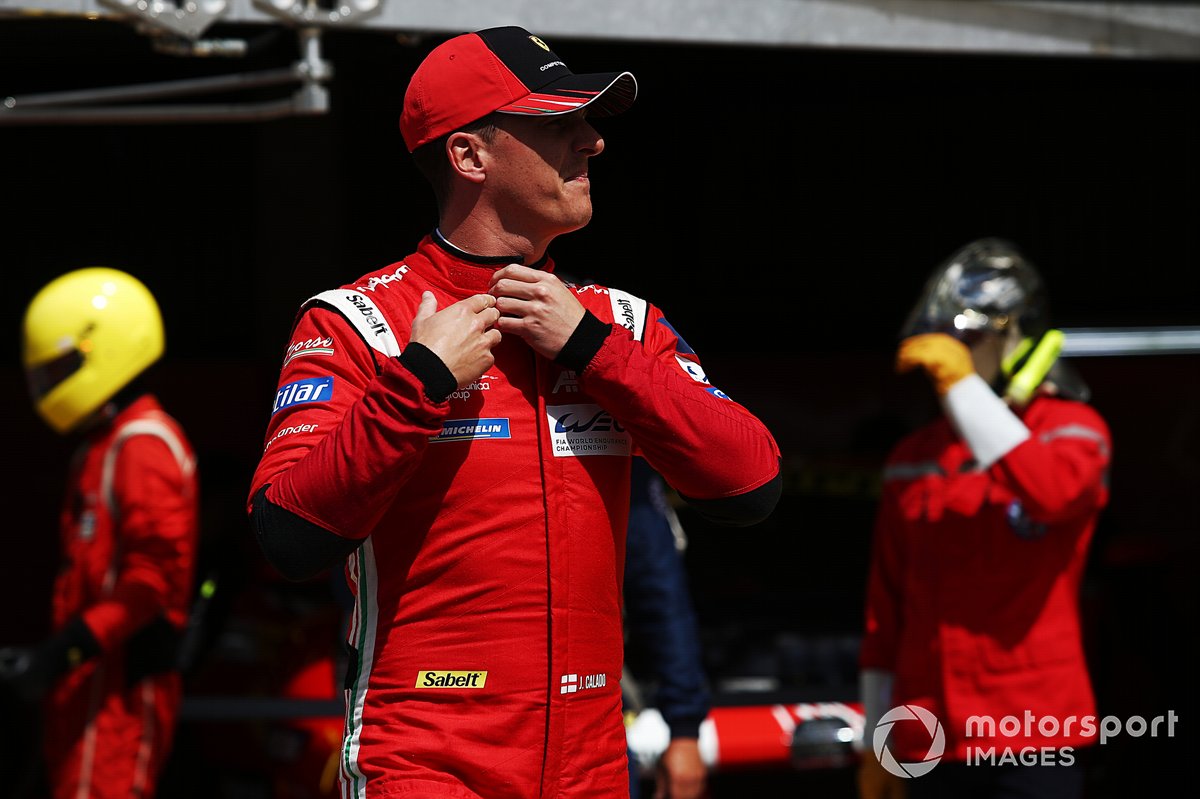 “It’s enough that you can feel, it’s quite a big chunk.

“That’s the decision they’ve made, and we’ve got to try and do the best we can with what we’ve been given, maximise the performance of the car, stay in fighting spirits, because we know deep down it’s going to be difficult.

“There’s nothing we can do. Let’s see what happens in the race.

“I’m trying not to be bothered about it, I’ll just enjoy being back in the car at Le Mans and the atmosphere.”

This year's race will be the final hurrah for the GTE Pro class, which the World Endurance Championship announced during Friday's press conference would be axed at the end of the 2023 season.

It follows the IMSA SportsCar Championship moving to drop its equivalent GTLM class at the end of 2021 and introduce a GTD Pro class for GT3 spec racers into its series this year.

The GTE Am class will remain at Le Mans next year before GT3-based cars will take over from 2024.