Alpine driver Nicolas Lapierre is hopeful the French marque can provide a sterner challenge for Toyota in this year's Le Mans 24 Hours than it was able to offer in 2021.

Last year, Toyota romped to a dominant 1-2 in the first outing for its new GR010 Hybrid LMH, leaving the grandfathered Alpine A480-Gibson LMP1 design a distant third, four laps behind the winning car.

However, Lapierre and his Alpine team-mates Matthieu Vaxiviere and Andre Negrao scored the marque's first outright WEC win at Sebring in March and head into Le Mans as championship leaders.

While the Alpine was hit with a power reduction for the most recent WEC race at Spa following its Sebring triumph, the non-hybrid A480 has been given some of that power back in the latest Balance of Performance for the Hypercar class.

Reacting to the BoP changes, Lapierre acknowledged that the reduction in useable energy for a stint for all three cars in the top division, including the Glickenhaus 007 LMH, could hurt the Signatech-run team's prospects.

However, he is confident that Alpine will be in a better position to end Toyota's run of Le Mans wins than it was 12 months ago.

"The extra power is well received, the reduction in energy a little less so," Lapierre told Autosport's sister site fr.Motorsport.com.

"After that, honestly, it's a circuit that is so different from Spa, and even more so from Sebring, that it's difficult to draw conclusions right now.

"What is certain is that we hope to be closer to the Toyotas than we were last year. I really hope so for us and for the show in general, so that the race is nice.

"I also hope that the Glickenhaus is in the mix and that it is a good battle, that is what is important." 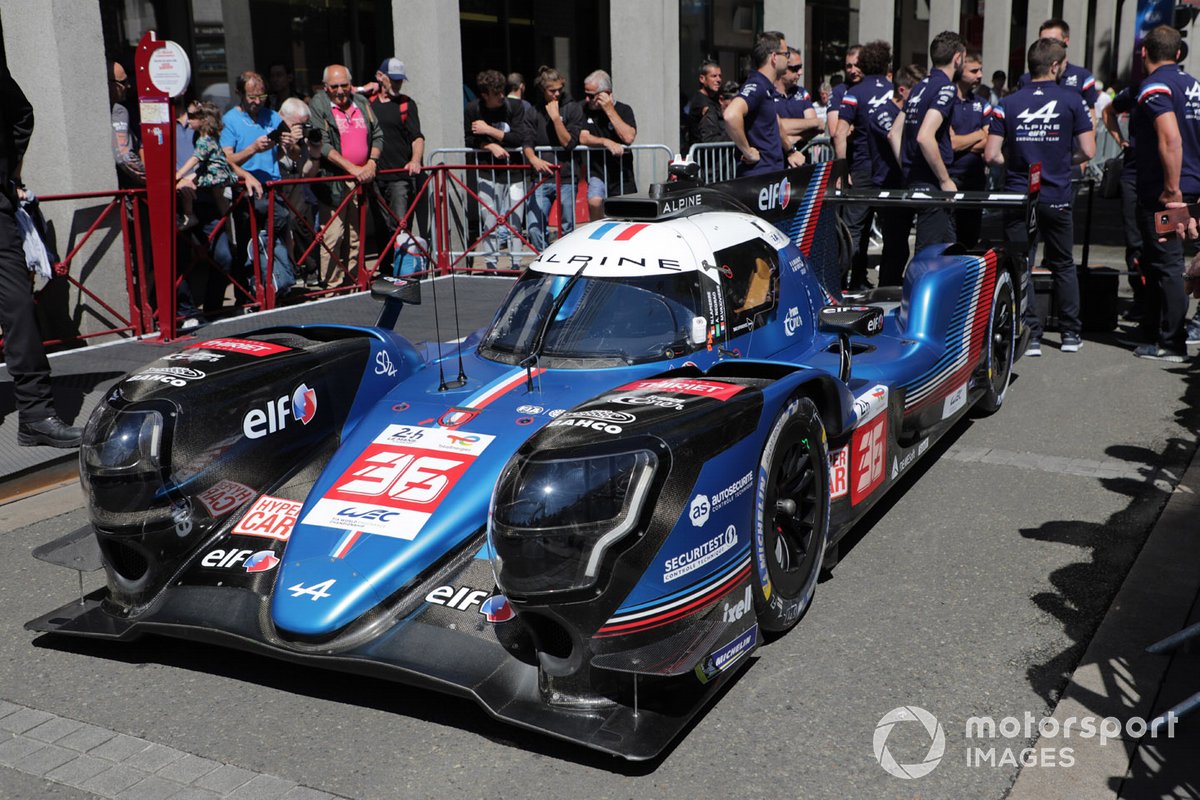 Alpine team boss Philippe Sinault said the BoP had "evolved in a better direction" following discussions with the rulemakers for Le Mans, the FIA and the Automobile Club de l'Ouest.

"At Spa it was complicated because [the reduction in power] was a bit too strong following the victory at Sebring," Sinault said.

"Thank you to the ACO and the FIA for having considered the topic, for having looked at the elements that we sent them. We discussed it a lot. They gave us a little bit more power, that will help us, yes."

Despite the boost from the most recent BoP, the Alpine's Gibson V8 will still produce less power this year than it did at the Circuit de la Sarthe in 2021 to the tune of 30kW (40bhp).

Toyota is also down on power by 9kW (12bhp) compared to last year, but crucially its front-mounted hybrid unit can now only be activated over 190km/h compared to 120km/h last year in dry conditions.

Sinault says this change among others make a direct comparison to last year's BoP meaningless.

"There are many things that have changed: some evolutions on the Toyota, the tyres for us... there are many parameters," said Sinault. "It would be a mistake to just compare the figures of the 2022 BoP with those of 2021.

"We are running the car better, we have some differences in operation, we know the car better; Toyota has made some updates, they have a higher hybrid activation threshold. We'll know a little better on Sunday [after the test day]."

Sinault added he expects no changes to the BoP between test day and the race week, as was the case last year.