Ed Carpenter Racing driver Rinus VeeKay has suffered a clavicle injury after a bicycle accident in training, with his participation in IndyCar's Road America round "pending".

Veekay, who currently lies fifth in this year's IndyCar drivers' standings, has now suffered a setback in his preparations for this weekend's race at the Elkhart Lake circuit.

ECR released a statement detailing that the Dutch driver had no further injuries, but it is currently unknown whether he will be able to drive in the ninth round of the season.

“Yesterday, Ed Carpenter Racing driver Rinus VeeKay was involved in an accident on a cycling trail during a training ride,” said the statement.

“He sustained a clavicle injury and is currently being treated by IndyCar’s medical staff.

“VeeKay is in good spirits and has no other injuries.

“VeeKay’s participation in this weekend’s NTT IndyCar Series event at Road America is pending and more updates will be released when available.”

VeeKay has already suffered an injury this term, breaking his finger in April's test at the Indianapolis Motor Speedway as part of the field's Indy 500 preparation. 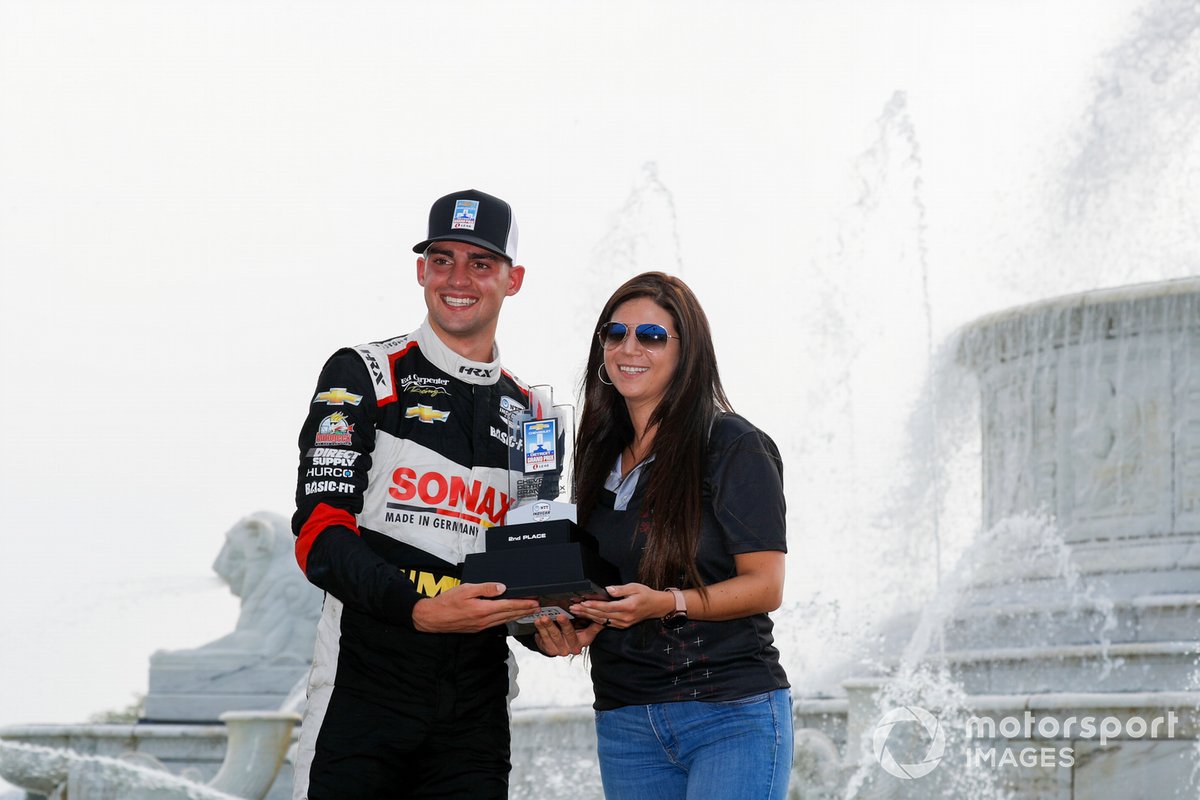 Regardless, the sophomore driver was able to take to the start of the 2021 season at the Barber Motorsports Park opener - finishing sixth.

Following an impressive start to the season, VeeKay scored his first win in May on the Indianapolis Motor Speedway road course, and finished second in last Saturday’s first of two races on the Detroit street course.

These and four other top 10 finishes have taken him into the top five at the halfway point of the 16-race IndyCar season.

Five years ago Josef Newgarden, then also driving for Ed Carpenter Racing, had to race at Road America with a broken clavicle, following a shunt at Texas Motor Speedway.

However, Newgarden then had over 10 days to recover before opening practice at the daunting high-G 4.1-mile course in Wisconsin.