Reigning champion Pagenaud completed 17 laps and set his eventual best of 1m00.2773s half an hour into the 45-minute session, having led the session on and off from the start.

Power improved dramatically on his first practice showing - in which he was only 16th - and slotted into second place, 0.1409 seconds ahead of Ganassi's Scott Dixon.

Championship leader Dixon ended up three tenths off the pace and finished narrowly ahead of fellow Honda runner Graham Rahal, who was a regular fixture in the top five during the session.

Practice one pacesetter Helio Castroneves only made it out on track with 15 minutes remaining but recorded a best lap time of 1m00.6485s to place fifth.

Marco Andretti spent much of the session in the lower half of the order but improved to set the sixth fastest time, with fourth Penske driver Josef Newgarden taking seventh ahead of Andretti's team-mate Takuma Sato.

The top 10 was completed by the third Andretti Autosport of Ryan Hunter-Reay and Ed Carpenter Racing driver JR Hildebrand. 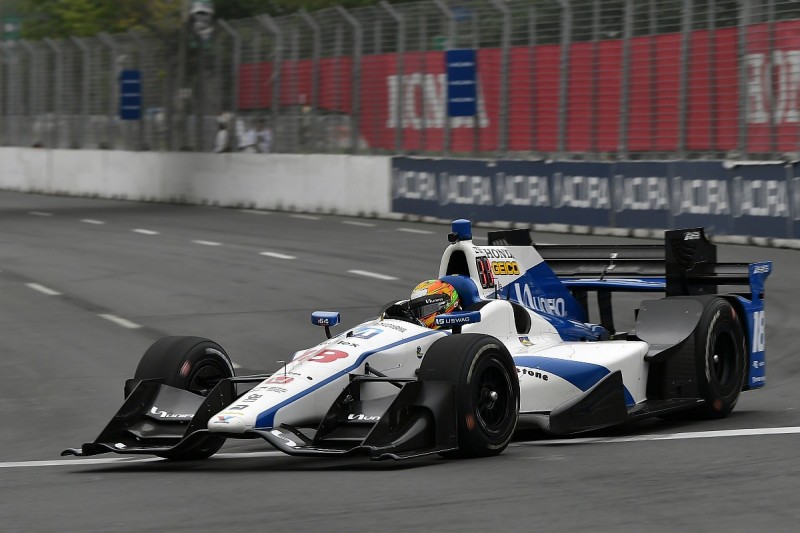 The session was punctuated by two red flags, the first of which was a result of Formula 1 convert Esteban Gutierrez - who ended the session in 19th - clouting the wall exiting Turn 1 just eight minutes into the session.

Carlos Munoz later caused a second red flag period after appearing to stall on the approach to Turn 2 with just seven minutes remaining.

Series returnee Sebastian Saavedra was slowest of the 21 runners, ending the session 1.8s slower than Pagenaud.