Speeds will be "insane" on IndyCar's Phoenix return - Montoya

Speeds will be "insane" when the IndyCar Series returns to Phoenix International Raceway this year after a decade away, reckons Juan Pablo Montoya

The one-mile oval in Arizona will host round two of this year's championship on April 2.

Penske and Ed Carpenter Racing held a private test at the Arizona oval on Monday.

Although no times were released, Montoya and his Penske team-mates were thrilled with the pace.

"You go wide open, flat all the way around and we're going seven or eight seconds quicker than a [NASCAR Sprint] Cup car," he said.

"Turn 1 is very tight, but at the same time you can still run flat-out through there, so it's quite a challenge.

"It's insane how fast it is, so it should be a great race."

This year's event will be the first time IndyCars have raced at Phoenix at night, which Montoya's team-mate Helio Castroneves thinks will also increase speeds.

"Everyone knows the weather here can be chilly in the evenings, so that's going to help even more to speed things up," he said.

"The sun is awesome, but it can be very tough on the equipment and the drivers."

The Phoenix layout has been significantly reprofiled since the track's last IndyCar date in 2005, which has also increased speeds.

"In the past Turn 1 used to be a little bit sharper and now the outside is open," said Castroneves, the Phoenix winner in 2002.

"We are going around at the moment on 20 seconds and wow, it's fast.

"And we're just testing. I guarantee you when we start really putting the right things together this is really going to be an amazing place."

Phoenix was a regular fixture on the American single-seater calendar through the USAC and CART eras from its opening year in 1964.

It was one of the first CART venues to switch allegiance to the breakaway Indy Racing League in 1996 and was part of the ultimately victorious Indianapolis-owned championship's schedule until being dropped after the 2005 event.

Will Power expects IndyCar's return to go down well with fans in the region.

"It has a lot of history and that's what IndyCar needs: to go to places that have that history and rebuild the fan base again," said the 2014 champion.

"I really think they will get a big crowd out here.

"I think fans are interested to see what these cars are like on the track and how fast they are compared to NASCAR. They are a lot faster, which I think fans will enjoy." 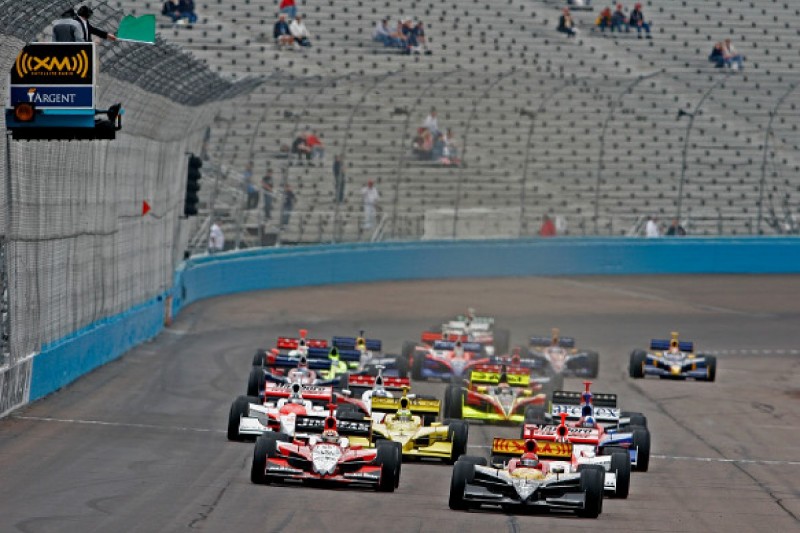