Simon Pagenaud went 'on the offensive' for IndyCar title decider

Pagenaud's comfortable 44-point lead at the start of the race meant a top-five finish would have been sufficient to seal the crown even if Penske team-mate and title rival Will Power won the race.

Instead Pagenaud took a commanding victory in the double-points event and ended the year with a 127-point winning margin as Power ran into clutch trouble when running second.

"It was important for me to show that pressure doesn't affect me," Pagenaud told Autosport.

"That is one thing that has been my trademark but I don't think a lot of people have seen it.

"I wanted to make a statement that we've been strong all championship and this was going to be our day.

"No matter what, we were going to take our destiny in our own hands.

"I went out on the offensive side trying to drive the car as hard as I could and manage the tyres.

"It also meant if I was away from everybody there would statistically be less of a chance for an incident.

"I just went as hard as I could. It was a great day for domination."

'NOTHING COULD STOP US' 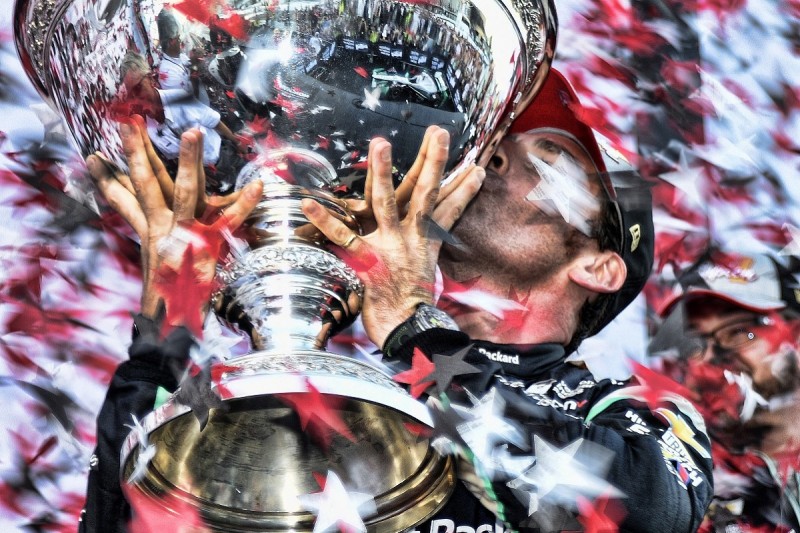 Pagenaud's title-winning year followed a disappointing first season with the most successful team in IndyCar history.

The Frenchman joined Penske having built his reputation via strong performances in Champ Car and the American Le Mans Series, plus three IndyCar years with Schmidt that yielded four wins and third in the 2013 championship.

But with Penske in 2015 he claimed just one pole, did not win a race and finished only 11th in the standings.

Pagenaud worked hard with team manager Kyle Moyer and long-time engineer Ben Bretzman during the off-season to make sure 2016 would be a major turnaround.

They responded with five wins and seven poles in 2016, as Pagenaud led the championship from round two onwards.

"It was a lot of work in the winter trying to understand how we could make it better and communication within the team and being open-minded," Pagenaud said.

"We went out there to try to make the car as good as possible before the race and we ended up winning seven poles.

"It was a dream season where nothing could stop us."

The champion admitted to some disappointment that his fight with Power, his 2007 Champ Car team-mate at Walker Racing, did not go all the way to the flag.

"I was hoping it could have been a showdown at the end but he had his mechanical issue," said Pagenaud.

"Even if I had finished right behind him I would have won the championship.

"I wanted a straight fight but you have no control over mechanical issues."

Why is IndyCar shelving its manufacturer war?