Scott Dixon and Dario Franchitti robbed at gunpoint after Indy 500

Indiana radio station Fox59 reported that the incident occurred at 10pm while the long-time Chip Ganassi Racing team-mates were sat in the drivethrough lane at a Taco Bell restaurant on West 16th Street, just half a mile from Indianapolis Motor Speedway.

A Ganassi team spokesperson confirmed to NBC Sports that the incident occurred, but said neither driver would be commenting.

The suspected gunmen, aged 14 and 15, were later arrested, having fled on foot down nearby Berwick Avenue. 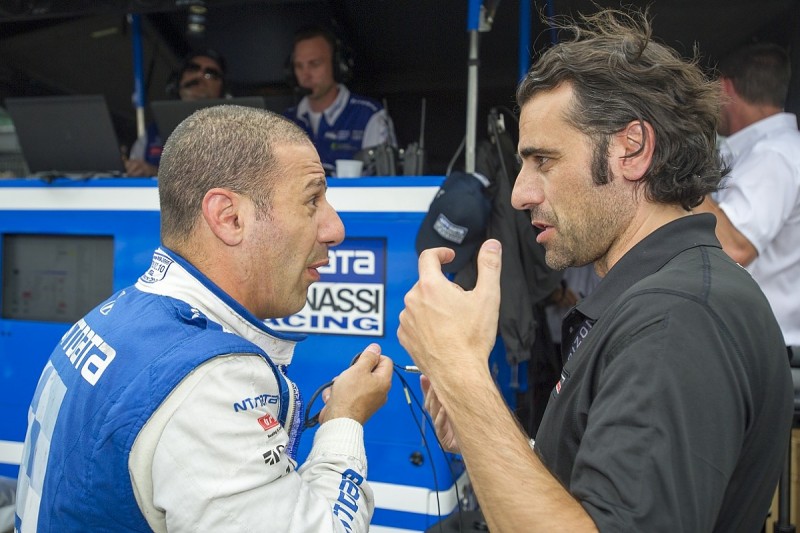 Dixon's team-mate Tony Kanaan said "I was supposed to be with them as well.

"I'm from Brazil so I guess I'm a little more accustomed to that stuff!

"But I didn't think that was going to happen here.

"We were in the bus lot [where the drivers park their motorhomes at the Speedway] and I decided that we needed to grab dinner, and Dixon was going to buy dinner - for obvious reasons.

"So we sent him out to get drivethrough and while they were ordering with the windows down, two guys approached them and put a gun to Dixon's head and asked him for his wallet and his phone.

"But he didn't have his wallet, he'd left it in the motorhome, so he gave them his wife's wallet and the guys left."