Wickens suffered heavily bruised lungs - as well as injuries to his arm, spine, legs and feet - but the latest update reveals that the IndyCar rookie has taken another step forward in his recovery.

"For the first time following his August 19 incident at Pocono Raceway, Schmidt Peterson Motorsports driver Robert Wickens is breathing without medical assistance and speaking with his family," an SPM statement read.

"Robert's family and the entire SPM organisation are very pleased to share this information and wish everyone a safe event tonight in St. Louis [at Gateway]."

SPM is running James Hinchcliffe in the race, having opted not to replace Wickens for this weekend's race. 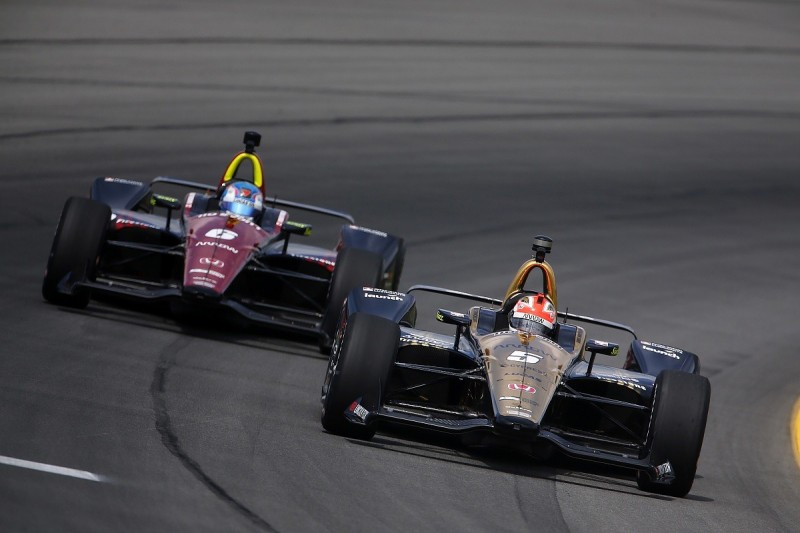 Since the crash, Wickens has had surgery on his spinal injury and is expected to undergo further surgeries.

SPM boss Sam Schmidt has called for changes to IndyCar's oval racing, while Sebastien Bourdais suggested that the catch fencing was not repaired adequately following the Wickens's crash.

IndyCar refuted Bourdais's assessment and explained that the 2018 car's safety upgrades proved their value in the crash, although it would not become complacent in its protection of drivers.