Felix Rosenqvist has signed a multi-year extension to his McLaren deal, as the team assesses whether to keep the Swede in IndyCar or move him to its Formula E squad.

Rosenqvist's future at the team has been subject to speculation following the signing of Alexander Rossi to Arrow McLaren SP to partner Pato O'Ward, although the IndyCar team is currently planning a third entry for the 2023 season.

McLaren is also expanding its racing portfolio for next season, as it takes over Mercedes' Formula E entry for 2022-23.

The team announced on Thursday that it had signed a long-term powertrain deal with Nissan, but has not indicated which drivers will populate the team.

Rosenqvist is hence in consideration for a return to Formula E if he is not retained at Arrow McLaren SP, in which he had previously driven for Mahindra in 2016-17 and 2017-18 and won three races with the Indian squad.

He also competed in the 2018-19 season opener at Diriyah, as Pascal Wehrlein was unable to join Mahindra until the start of 2019.

“I’m delighted to be remaining with McLaren for 2023 and beyond," Rosenqvist said.

"With the team expanding into Formula E next season, it provides additional opportunities for me both in the USA and Europe and I look forward to being in a position to announce my plans in the coming weeks.

"I’ve loved my time with the Arrow McLaren SP Team in IndyCar driving the No.7 car and we’ve had some great moments together, including securing pole earlier this year in Texas and coming home P4 in the Indy 500.

"I’m excited and grateful to be given this opportunity to explore the new options available to utilise my experience to help McLaren start 2023 on the strongest possible footing.” 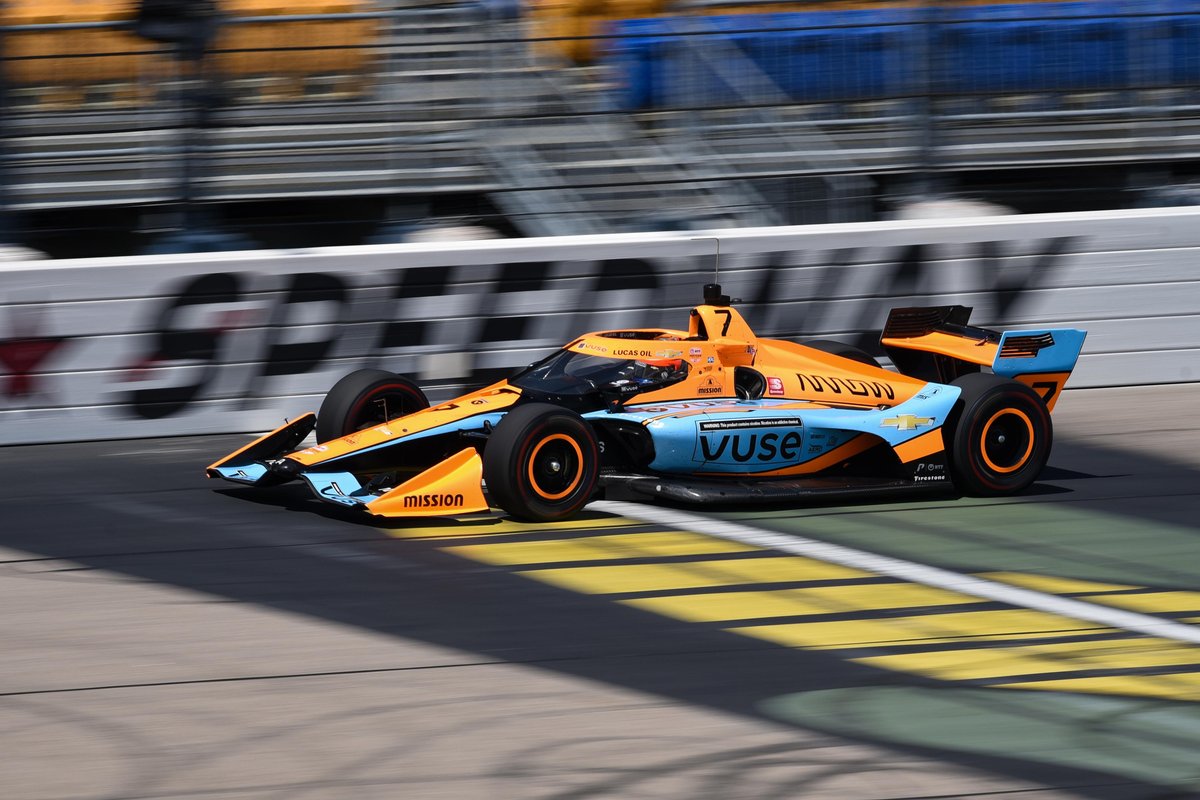 The 30-year-old was injured in a crash at Detroit that year and missed two races, with Askew and Kevin Magnussen substituting for him in the second Belle Isle race and Road America respectively.

“I’m delighted to be continuing our relationship with Felix," said McLaren CEO Zak Brown. "He’s a fantastic racer, with a lot of experience in many different types of racing cars.

"As a proven race winner in both categories, it was important for us to secure his talent within the McLaren Racing family as we work to finalise our plans for 2023.

"His experience in Formula E would be invaluable as we head into this exciting new era of racing for McLaren Racing but he has also made a fantastic contribution to our IndyCar team.

"I look forward to working together with him to finalise the best opportunity for him next season."