In cool conditions, and with no alternate-compound tyres available in FP2, after they were used in yesterday’s first practice session, Conor Daly held top spot for Ed Carpenter Racing after 15 minutes, with a 1m46.5240s. But then defending race-winner Alex Palou delivered a third lap in his Chip Ganassi Racing was over a second quicker.

Romain Grosjean, who had his best lap on the softer Firestones in FP1 ruined by a red flag, showed he had latent pace on the primary tyres, but as he moved up to second he was still 0.6s off Palou’s benchmark and he was swiftly pushed down to third by O’Ward.

Yesterday’s pacesetter and 2019 Road America dominator Alexander Rossi had sat on pitlane for the first 20 minutes with a clutch issue and it wasn’t entirely fixed by the time the #27 rolled out for its first laps, because the Andretti Autosport crew had to get Rossi to spin up his tyres in first while the car was on the jacks, and then they simply released the jack so he hit the asphalt in a cloud of tyre smoke. The tactic worked, the Firestones bit and Rossi was able to head on out.

However, the problem wasn’t solved, and that initial fix for leaving pitlane met with disapproval from IndyCar, so the next times Rossi departed his pitbox, he was being pushed by his crew. 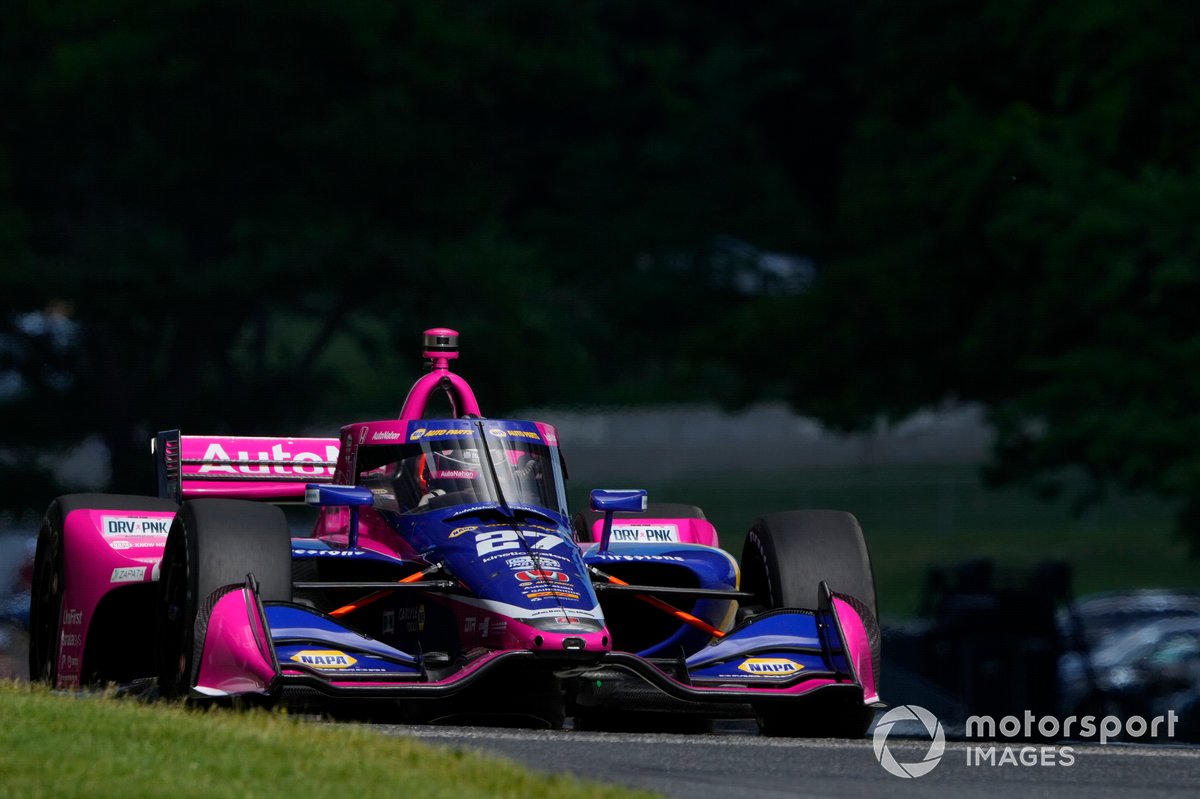 With just under 15 minutes remaining in the session, several drivers took on fresh primary tyres, and Marcus Ericsson moved up to second with a 1m45.8079s to make it a Ganassi 1-2 only for Colton Herta to split the pair with a 1m45.7s lap.

Team Penske’s Josef Newgarden and Will Power then moved into second and third, and Power then stayed out for an extra lap and finally displaced Palou at the top of the table by a mere 0.0213s.

Rossi’s early patience and subsequent efforts were then rewarded with third, which became fourth when Pato O’Ward delivered the fastest time of the session, a 1m45.2681s.

Christian Lundgaard of Rahal Letterman Lanigan was fastest of the rookies, in 12th with his final lap, ahead of the two Meyer Shank Racing cars.

Series returnee Simona De Silvestro was 3.2s off the pace in the Paretta Autosport, about 1.8s off Ed Carpenter Racing pair Conor Daly and Rinus VeeKay, with whom Paretta has a technical partnership.