Castroneves's time of 1m41.3007s came in the final moments of the pole shootout and was just 0.0604 seconds faster than Power's best effort after the four-mile Elkhart Lake track.

Josef Newgarden was third, while reigning champion Simon Pagenaud was fourth and more than seven tenths behind Helio Castroneves.

Chip Ganassi Racing's Scott Dixon was fifth and the fastest Honda-powered driver, but his final qualifying time was over 1.5s off the pace.

Graham Rahal, who set his Fast Six time on the harder compound tyre to preserve his softer tyres for the race, rounded out the top six. 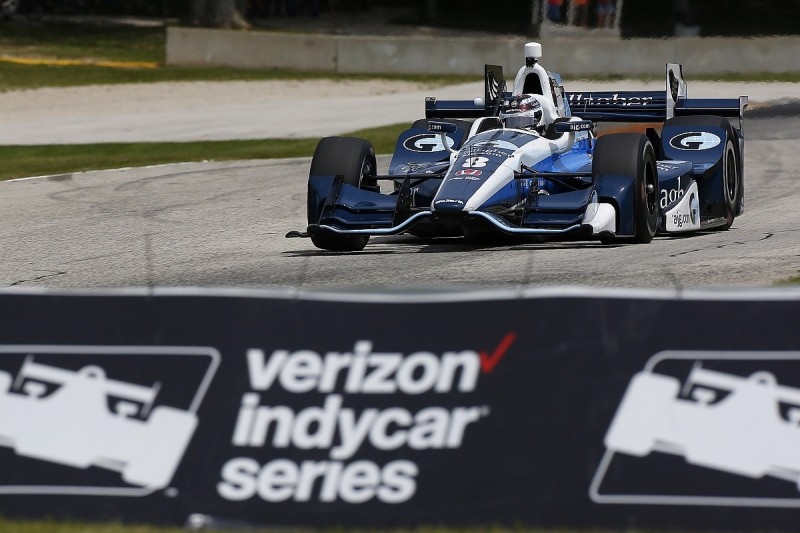 Max Chilton will start seventh for Ganassi, having narrowly missed out on the Fast Six shootout. He starts alongside Marco Andretti.

Friday morning pacesetter Alexander Rossi failed to make it beyond the first part of qualifying in his group.

Also falling at the first hurdle in the first group were Carlos Munoz, Esteban Gutierrez and Mikhail Aleshin - who has not had much running this weekend, after Mercedes DTM racer Robert Wickens drove his car in Friday practice.

Those who failed to make it through to the top 12 from the second group were Spencer Pigot, Tony Kanaan, JR Hildebrand, Indianapolis 500 winner Takuma Sato and Conor Daly.