A series of format changes have been announced for the 2017 IndyCar Series, including a revision to its push-to-pass system

IndyCar is altering its weekend formats at some events and has also confirmed other changes to its technical and sporting regulations.

It has switched up the push-to-pass boost rules, for which drivers will now get a time allowance instead of a number of uses.

This is so drivers can abandon a passing attempt mid-flow without wasting additional seconds of boost.

As before, push-to-pass will run for a pre-established duration equivalent to approximately the time needed to drive the length of the track's main straight, but the drivers will now have the ability to disengage the 60bhp as and when they choose.

The races at St Petersburg, Belle Isle and Sonoma will have a total overtake time allotment of 150 seconds for each race, with the other road and street races set for 200 seconds.

Push-to-pass will not be available at the start of a race or for any restarts, with the exception of a restart commencing with two laps remaining in the race.

The series also confirmed there will be a standard schedule for practice on the first day of race weekend across "most" road and street course events, with 45-minute sessions starting at 11am and 3pm.

These first-day sessions should also feature teams trying out the alternate tires, since Firestone will be supplying an extra set (a total of four sets) of the softer alternate-compound tyres. 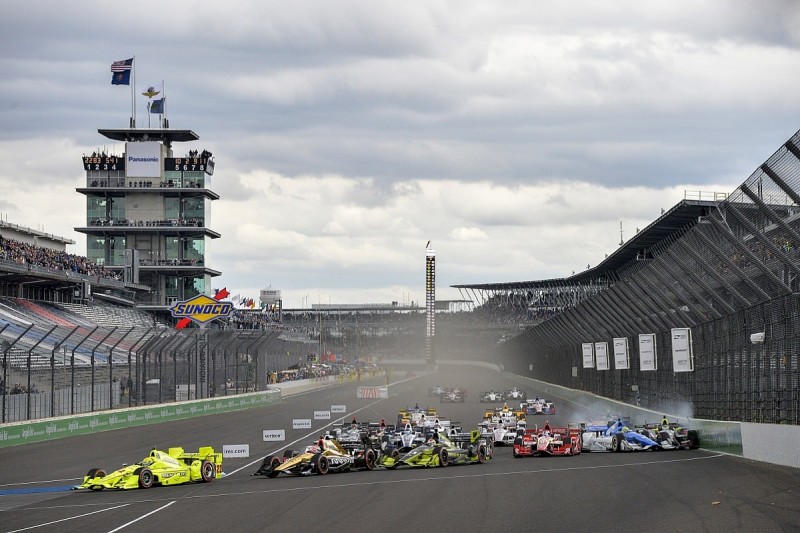 One known exception to the road and street course schedule is the Indianpolis road course meeting, for which action will be compressed into two days Friday and Saturday, May 12-13.

For this event, the trio of Road To Indy categories will still be in action on the Thursday.

Qualifying for the races at Phoenix and Gateway will be held on the same day as its Saturday night races, with practice sessions taking place the day before.

The qualifying format for Detroit's Belle Isle double-header will drop the elimination format of other road and street events, with the field divided into two groups based on times from the practice session immediately before the qualifying session.

There will be 12 minutes of track time allotted for each qualifying group and five minutes of guaranteed green-flag time.

If a car causes a red-flag situation during a qualifying session, its best two timed laps will be disallowed and it will not be permitted to continue.

One driver and entrant championship point will be awarded to the fastest car in each qualifying group on both days.