Will Power was left “mentally drained” after securing his second IndyCar title with third place at the Laguna Seca finale, but that pre-event nerves helped him perform.

The Australian led the first stint of the race on the Firestone alternate tyres, but found his car’s handling was wayward on his first set of primaries, and the wing adjustment he called for at his next stop actually exaggerated the problem.

Finally onto fresh primaries in the final stint, he was able to keep pace with Penske teammate Josef Newgarden who had charged from the back, but the pair of them were beaten into second and third by half a minute by Alex Palou of Chip Ganassi Racing.

Power admitted that even though he came into the season finale with a 20-point lead, his nerves prevented him truly relaxing or even deriving true satisfaction from beating Mario Andretti’s all-time IndyCar pole record.

“I couldn't really enjoy the pole yesterday because I was so focused on the race,” said Power who also won the 2014 title. “A lot of stress this weekend. I was pretty calm all year.

“Once I got in the car and we started rolling, it was fine. It was a bit sketchy in the middle of the race, I was digging deep, just, ‘I've got to give everything I can. I can't lose any positions here.'

“But yep, mentally drained. I couldn't show the sort of emotion that I showed when I won the 500 [2018]. But it's been like a long journey over the year.

"I think it's pretty fitting that we just did another solid day, just a sort of long-game day like today. That's just been the story of our year.”

Asked further about the nerves, Power said: “Yeah, it was waking up at 3am a couple times over the weekend, and you can always relax yourself back to sleep, but it's obviously a big day. Everyone has put a ton of effort in. 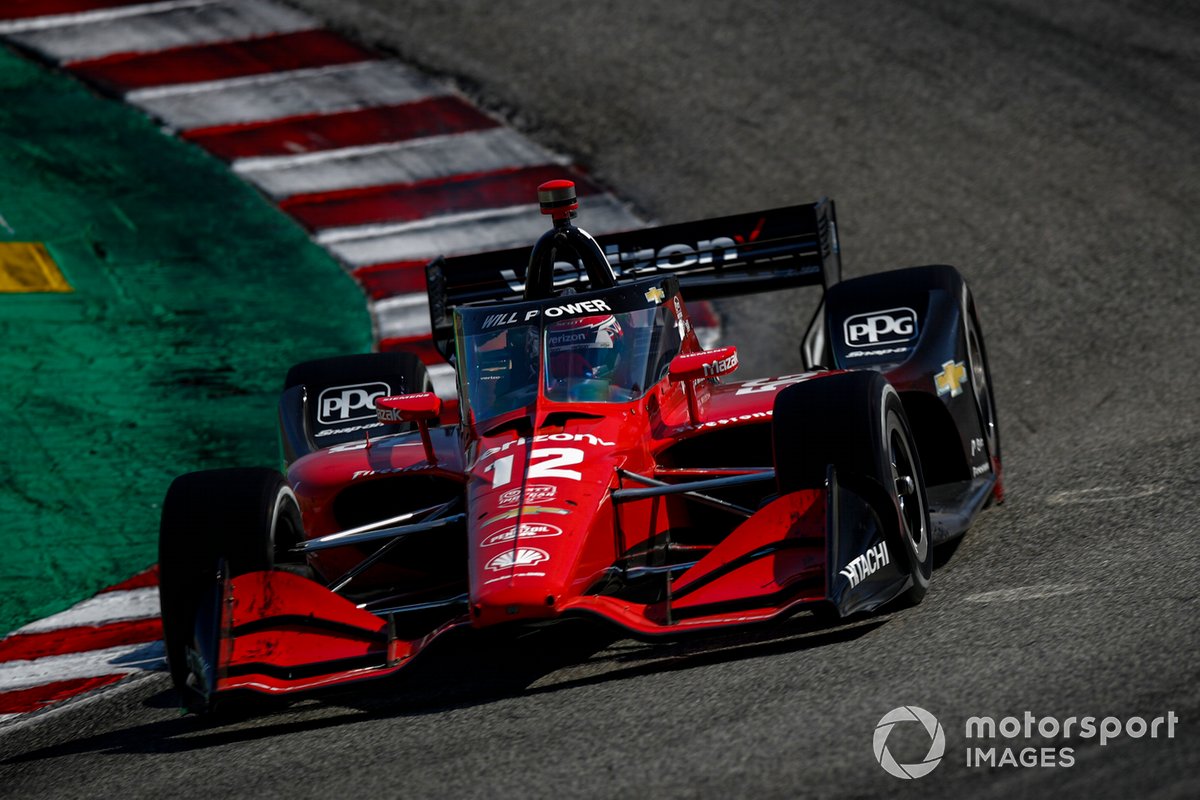 “And you don't want to let it go. Those nerves make you perform at a high level. I had those nerves going into qualifying. It just pumps you up to another level. That's what it does for me.

“A couple of times in my career I've actually got in the car too relaxed, and it just doesn't work. I've been around long enough to understand the perfect amount of sort of nervousness you've got to have.

"You've got to have it. Your subconscious needs to understand the importance of what you're doing and then you can put yourself at another level.”

Power admitted his single-minded focus on the championship meant he forced himself to rein in his natural tendency to go for victories.

“Nine podiums, that's pretty strong,” he said, “but I definitely gave up some wins just for consistency. Definitely could have attacked harder when I was on really good tyres.

“St. Pete was one, on the restart. I actually just underdrove like you wouldn't believe to make sure that I finished that stint in a good position. I could have easily attacked and passed McLaughlin. Instead I actually lost a position on reds [to Alex Palou].

“Another one was Mid-Ohio – restart on reds. Same with the second race at Iowa. Make sure the tyres last, make sure I finish second. There's definitely some wins left on the table if you were going for that.

“But I said it from the beginning of the year. I said I'm playing the long game all year. I've never done that, and I'm doing it this year.

"I don't really care about the wins; I just want to win another championship. And I played that game. Maybe I go out next year and try to win more races."