Power took pole for last weekend's short oval race at Iowa, more than a month after winning his first Indianapolis 500.

The build up to the 500 featured concerns over how the car would race on the Indianapolis oval, and debate over downforce levels has since continued.

Downforce tweaks have also been suggested for road courses such as Road America, with Scott Dixon outlining that front wing adjustments could further improve racing.

But Power believes downforce is an excuse.

"They want a Band-Aid, and downforce is the Band-Aid to make everything feel real good."

"I actually think the car is a lot easier to save now," he said. "If the car gets sideways, it gives you way more warning.

"With the old car you'd stretch the string and it would snap immediately all of a sudden. This thing you can stretch it way out and it gives you a lot more warning when it's starting to get out there. 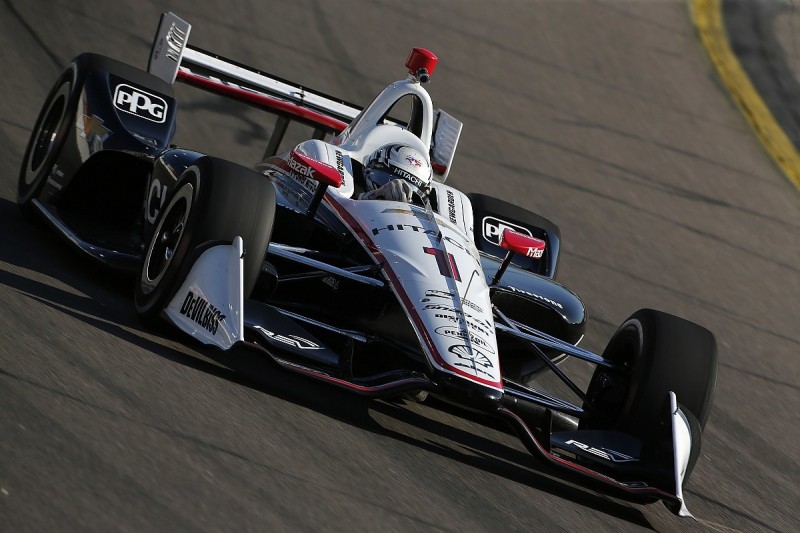 "It's really easy, I think, to drive this car sideways compared to the old one, but that also makes you busier.

"If you're not a driver who's comfortable doing that, then yes, it can be a more uncomfortable car to drive.

"But if you like the car being sideways, I think it gives you a lot more warning with what it's doing."

Power also explained that radio communication problems were the reason he fell from a dominant pole position at Iowa to sixth.

The 2014 IndyCar champion was quickly deposed from the lead by fellow front row starter Newgarden before he dropped further places at the end of the first stint.

"I think we lost a lot of ground in the first stint because there was something going on with the radio," he said.

"The team called me in for three laps and I just didn't hear it.

"Unfortunately, we lost a lot of positions and went backwards at that point."