Will Power admits he asked Team Penske to move team-mate Scott McLaughlin aside to take the Portland win to aid his IndyCar championship quest.

After finishing runner-up in Portland, Power heads to next week’s season finale at Laguna Seca with a 20-point lead over team-mate Josef Newgarden and Chip Ganassi Racing-Honda’s Scott Dixon, with race winner McLaughlin still in the hunt, albeit 41 points adrift.

After following McLaughlin to the chequered flag, while title rival Dixon recovered from 16th to third, the 2014 IndyCar champion revealed that he was calling his Penske team to deploy team orders.

“Absolutely. I was on the radio asking for [team orders]," said Power.

He later added: “Yeah, 10, 11 points would be great; I think we’d go in there pretty confident that we could get it done; 20, it's still a big fight.” However, Power conceded, too, “I get it from the standpoint that Scott is in [the title race]. I've been there, and you don't want to give up a win.”

Although the situation is muddied by bonus points – one point for pole, one point for leading a lap, two points for leading the most laps – 20 points covers the gap from first to fifth in IndyCar’s 50-40-35-32-30 scoring system. A tie-breaker between Power and Newgarden would go in favour of the latter, who has scored five wins to Power’s one.

Although McLaughlin’s win ensures that, while fifth in the points standings, he retains an outside chance of clinching the title, Power said that in Laguna Seca he will likely be asked by the team to help out in the battle against Ganassi.

“I think that he is definitely in a position that he will just have to help, simply,” said Power. “I don't think there will be any question about it.” 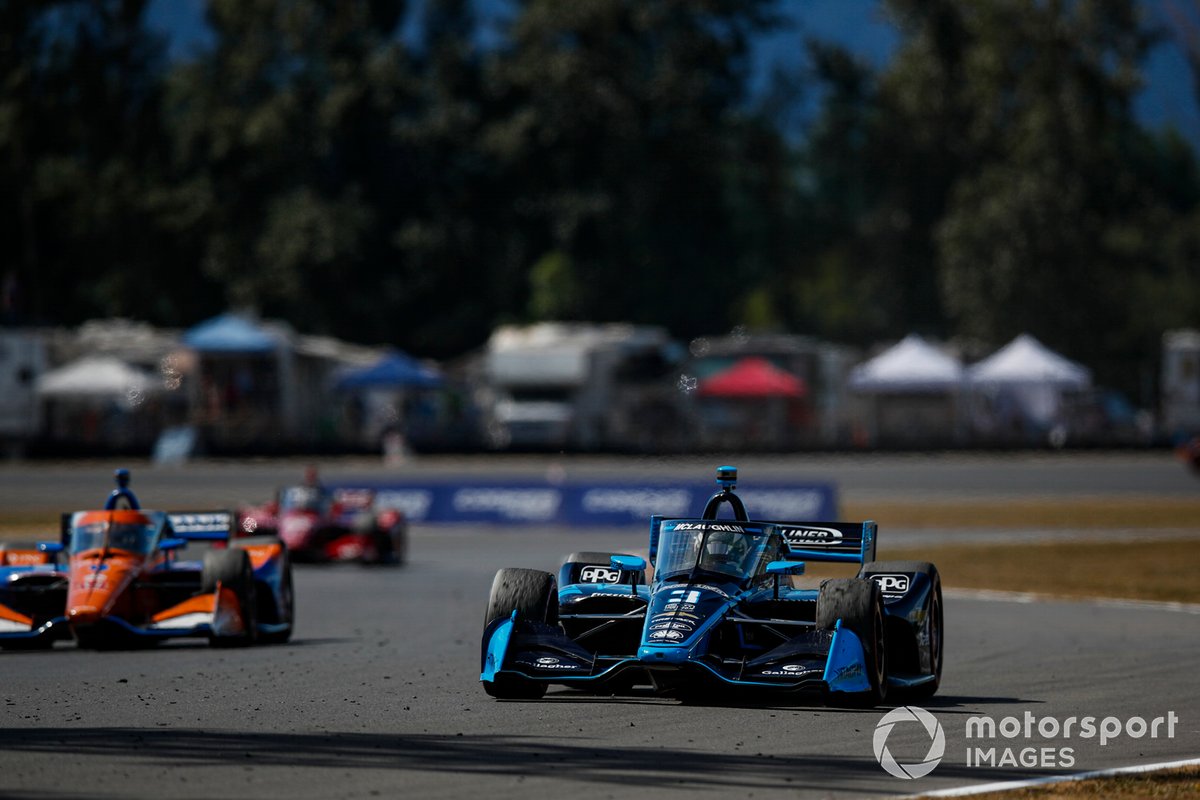 He also said that he is prepared to help either of his teammates at Laguna Seca.

“I didn't know [Will] was asking for team orders, a switch or whatever,” he said, “but I can't control that. I just drove my race, and I'm a team player. I'll do whatever I need to do.

“But for me I think the best thing we could do was win the race, either car. I think that's exactly what happened…

However, Dixon was bemused by Penske’s lack of team orders just ahead of him, stating: “I called it with 10 laps to go: ‘I'm surprised they haven't swapped yet.’”

And the six-time champion went on to say there would be no question marks in the Ganassi camp over team orders, now that his team-mate Indy 500 winner Marcus Ericsson was now 39 points off top spot, and 2021 champion Alex Palou is out of contention.

Asked what expectations Ganassi might have of his team-mates, Dixon commented: “Honestly, try to help if you can. I've been involved in quite a few of these, and it never really comes into play, or at least it hasn't as much as you would think it would.

“[But] situations like today with the #3 [McLaughlin] and the #12 [Power], I thought that would have been a no-brainer. We'll have to see where it lies. We always work as a team to achieve the best, and if we can help [any] of our team-mates, we definitely will.”