Will Power, Josef Newgarden and Scott McLaughlin completed a top three sweep of IndyCar second practice at Portland for Team Penske ahead of qualifying for the penultimate race of 2022.

All three Penske drivers ducked under the FP1 benchmark set by Newgarden during a session blighted by several red flags, including an 80-minute delay for a fallen trackside screen, but the best non-Penske entry in FP2 couldn't match the double champion's 58.576s Friday best.

McLaughlin was the first driver to crack the 59-second barrier around the 1.964-mile road course with a 58.938s effort, before Newgarden's closest challenger on Friday, rookie David Malukas of Dale Coyne Racing with HMD-Honda, grabbed top spot with a 58.864s.

Power, the winner at Portland in 2019, then deposed Malukas - who would eventually tumble back to 11th - with a 58.394s that held to the end of the session before McLaughlin slashed Power’s advantage to less than one tenth of a second.

Newgarden, who will serve a six-place grid penalty from his qualifying position after an engine change, re-emerged with 12 minutes to go to move up to fourth. His time promptly beaten by 2019 Portland poleman Herta, before Newgarden responded with a final flyer that put him to a mere 0.013s adrift of team-mate Power.

Scott Dixon moved up to fifth with four minutes to go before outbraking himself for Turn 1, slotting between two advertising hoardings in the run-off. 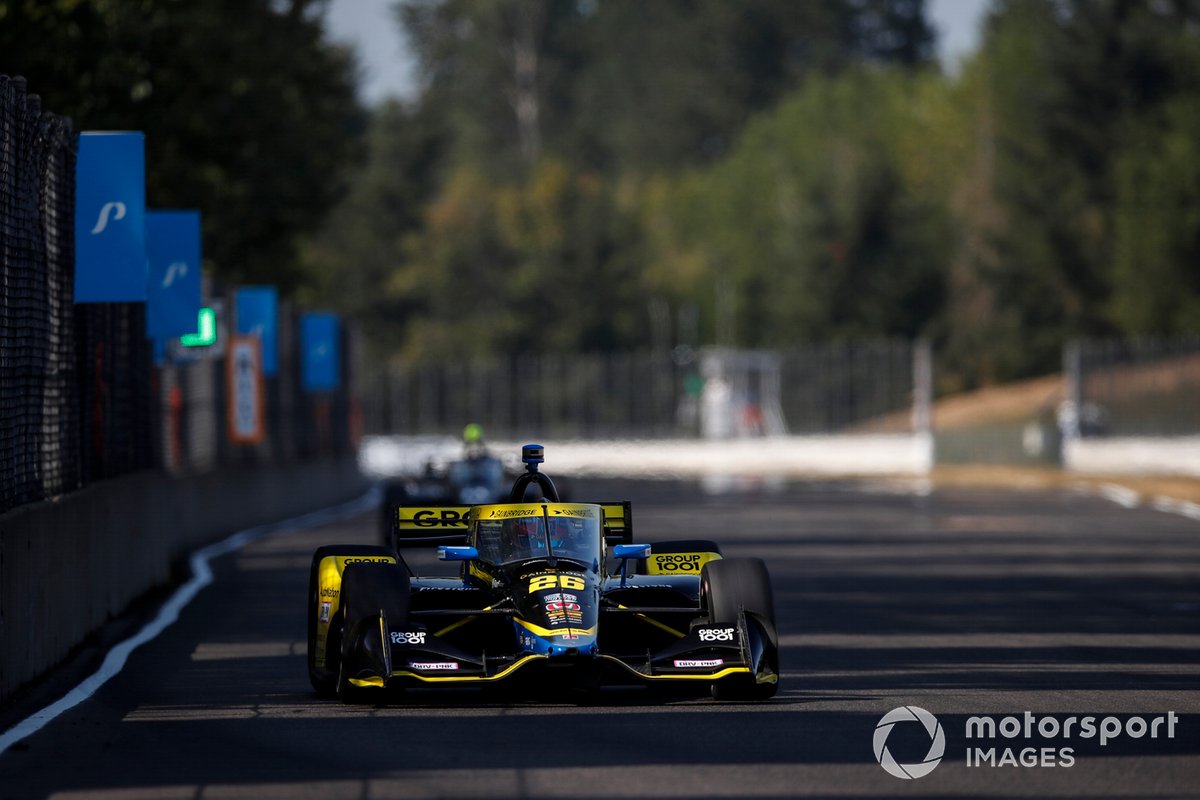 Colton Herta was the best non-Penske driver in fourth

That allowed rookie Lundgaard and Rahal to move ahead of him in the timesheets, although he still ended the session ahead of Alexander Rossi, Callum Ilott (Juncos-Holinger) and Pato O'Ward (Arrow McLaren SP) - the Mexican having caused one of the red flag periods in FP1 with a Turn 5 spin.