Nearly half of the Friday morning session - extended from 75 to 85 minutes amid the interruptions - was lost to stoppages, with the yellow flags coming out for both the accidents and later a track inspection, before debris caused a slightly early end.

Sato and Hinchcliffe lost control going into the Arizona oval's first corner and had hefty impacts with the wall.

They were unhurt, but their respective AJ Foyt and Schmidt Peterson teams face a very busy time before qualifying and the night practice session later on Friday.

Tony Kanaan led most of the longest spell of green-flag running for Ganassi, before rapid late laps from the two Ed Carpenter Racing cars put Carpenter - who did a 19.1227-second, 192.4mph effort - and Newgarden to the front.

Newgarden only had one proper run in the session, with a technical problem keeping him in the garage area until late on, but was immediately quick when he took to the track.

Kanaan was ultimately pushed down to fourth, behind Penske's Helio Castroneves.

It was a tough morning for Honda: the three teams that filled the top 10 were all Chevrolet runners, both crashers were Honda cars and the best of the Japanese firm's machines were the Ryan Hunter-Reay-led Andretti Autosport quartet in 11th to 14th.

Saturday night's race will be the first IndyCar event at the historic track since 2005. 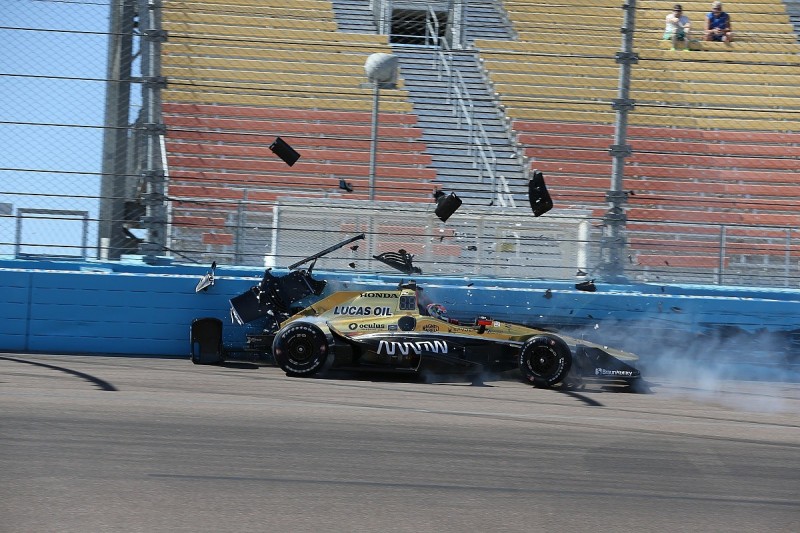