But Power was hampered by a variety of incidents including a crash at Barber, engine failure at Road America and gearbox problems plus a crash at Portland.

Newgarden had three finishes outside the top 10 due to incidents, penalties or off-the-pace weekends.

By contrast, Dixon's lowest points were an 11th place in Long Beach after a pitlane penalty and an uncompetitive 12th at Iowa.

His biggest scare was at Portland, where he was caught up in a dramatic first-corner crash, but he still recovered to fifth there.

"He had no DNFs, and we had something like four DNFs - five or six [if you include] finishing multiple laps down.

"We didn't finish enough races, but when we've finished we've been very strong."

Asked what he could do in 2019 to beat Dixon, '14 champion Power replied: "Just consistency, next year just be very focused on finishing races.

"Not that they're always the same thing - we had a couple of mechanicals, couple of mistakes. You have years like that." 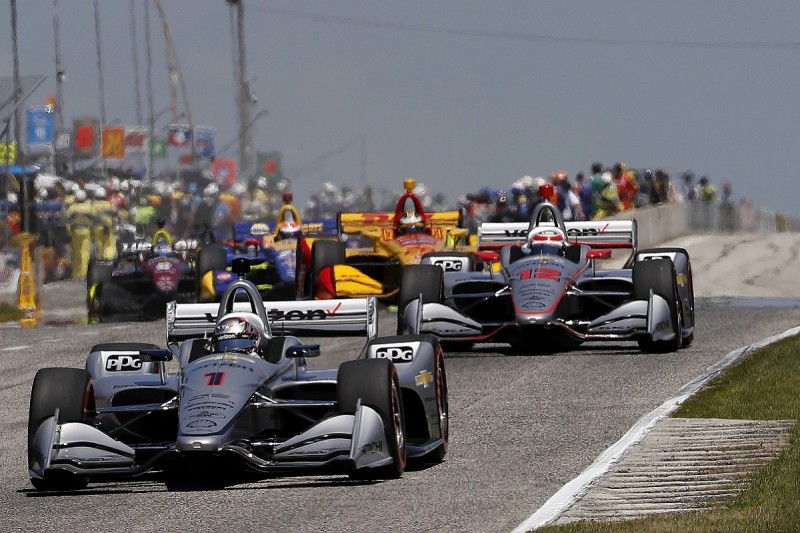 While Power completed the podium behind Ryan Hunter-Reay and Dixon in the Sonoma decider, Newgarden lost fourth in the championship to Hunter-Reay as stalling in the pitlane meant he only finished eighth.

He remained bullish about Penske's achievements this season despite having to hand the championship trophy over to Ganassi rival Dixon.

"I'm proud of what we did," Newgarden said. "We've had a really strong year as a group - winning the 500, you can't discount that.

"So it's been a good year for Team Penske, we got three wins on the #1 car side, so can't be too dissatisfied.

"We missed a couple of things here and there throughout the year, a couple of opportunities fell away from us, so probably a mixed bag.

"But we'll double down next year, try and get that #1 plate back."

"Roger got his 500th win [in NASCAR with Brad Keselowski at Las Vegas]," said Power.

"Just couldn't get the championship here."