Reigning IndyCar champion Alex Palou says he was "surprised that my team-mate hit me” after early contact with Indy 500 winner Marcus Ericsson cost him dear at Road America.

Chip Ganassi Racing’s Palou started the eighth round of the season at Elkhart Lake fourth in points, with Ericsson two spots ahead of him after his Indy 500 triumph.

Palou was running third in Sunday’s race on Lap 4 when Ericsson lunged to his inside at Turn 5. Ericsson was more than halfway alongside when contact between them broke the left-front corner on Palou’s car, sending him straight on into the gravel and effectively out of the race.

“I think everybody saw that, I just think he was trying to win the race on the third lap, and the car broke and that’s it, game over,” said Palou, who rejoined the race 10 laps down after repairs to his car and a mandatory trip to the medical centre.

“It’s a single-seater, right, so if you have a hard hit it just breaks. We can play this game as well, so we’ll see.” 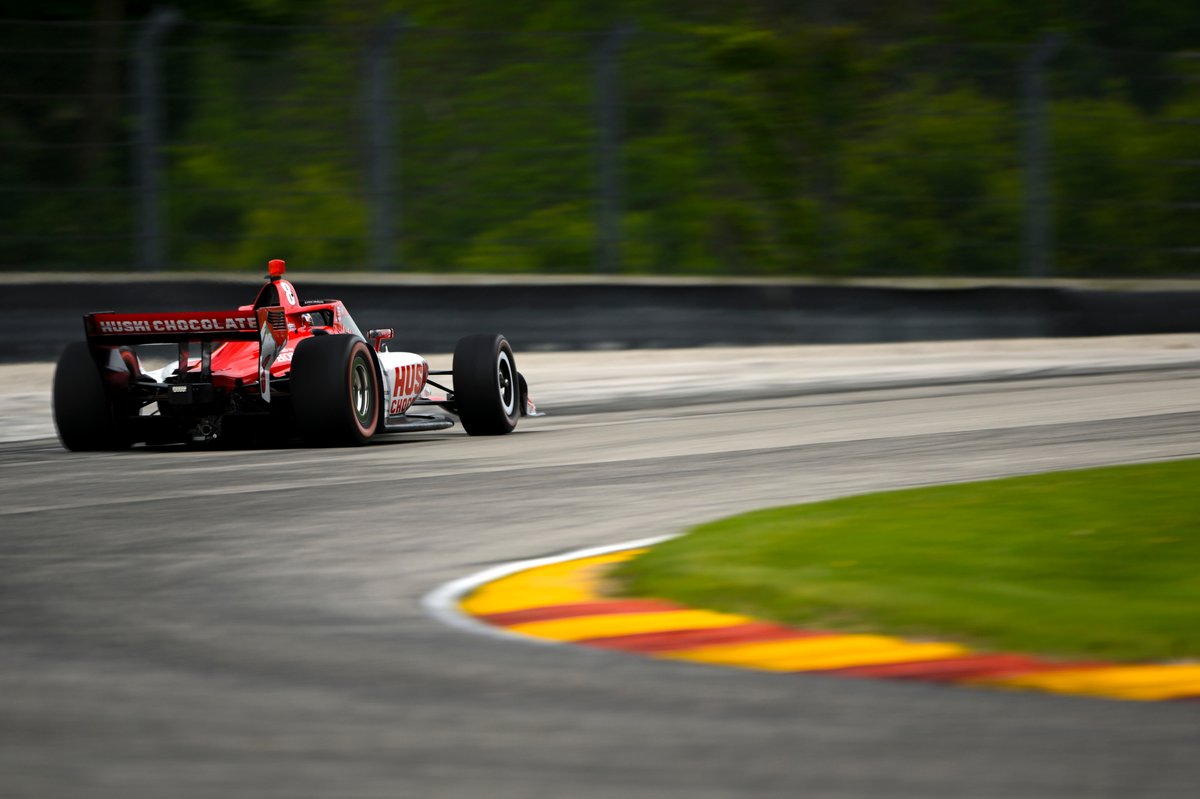 Ericsson, who continued to finish second behind race winner Josef Newgarden to claim the series points lead, didn’t feel in any way to blame for Palou’s problem.

“First of all I’m really sorry, you never want to have contact with another team-mate, so I feel super-sorry that Alex had to retire there,” said Ericsson. “From my point of view, the door was open and I’m side-by-side, or even further than that, and I made the corner fine.

“It was a nice racing move, you see a gap and you go for it, and it’s important at the beginning of the race to get track position, but with that said it’s terrible that he had to retire at that spot.”

Former points leader Will Power was swiped off the track by Devlin DeFrancesco soon after Palou’s exit. He recovered to finish 19th, right behind DeFrancesco, who he then biffed on the cool-down lap to show his frustration.

Ericsson is now 27 points ahead of Power at the top of the standings.