Alex Palou says that his commanding points lead heading to the Long Beach IndyCar finale will not alter his approach to "race hard, race smart".

With a 35-point margin over his only real rival now, Pato O’Ward, Palou needs to only finish 11th on the streets of Long Beach to seal the deal.

Even if O’Ward was to match Palou’s tally of three wins, and earn all bonus points available with Palou classified 11th, the Arrow McLaren SP driver would only draw level on points.

Palou would then clinch the title based on number of second places compared with his rival, 2-1.

After scoring the second of those runner-up finishes at Laguna Seca, Palou said that he "cannot relax" at Long Beach, and is aiming to complete the season with a strong result rather than pin his hopes on playing it safe.

“Obviously that helps knowing that we have a good margin instead of needing to win to get the championship. That means we did a really good job so far.

“But like Romain [Grosjean] was saying, he was P8 that last stint and finished P3 because he didn't have more laps, otherwise he would have won. In IndyCar you cannot relax at any moment.

“We just keep doing what we've been doing – race hard, race smart, and hopefully we can get that championship without needing to finish 11th or anything. We will try and get the best result possible.” 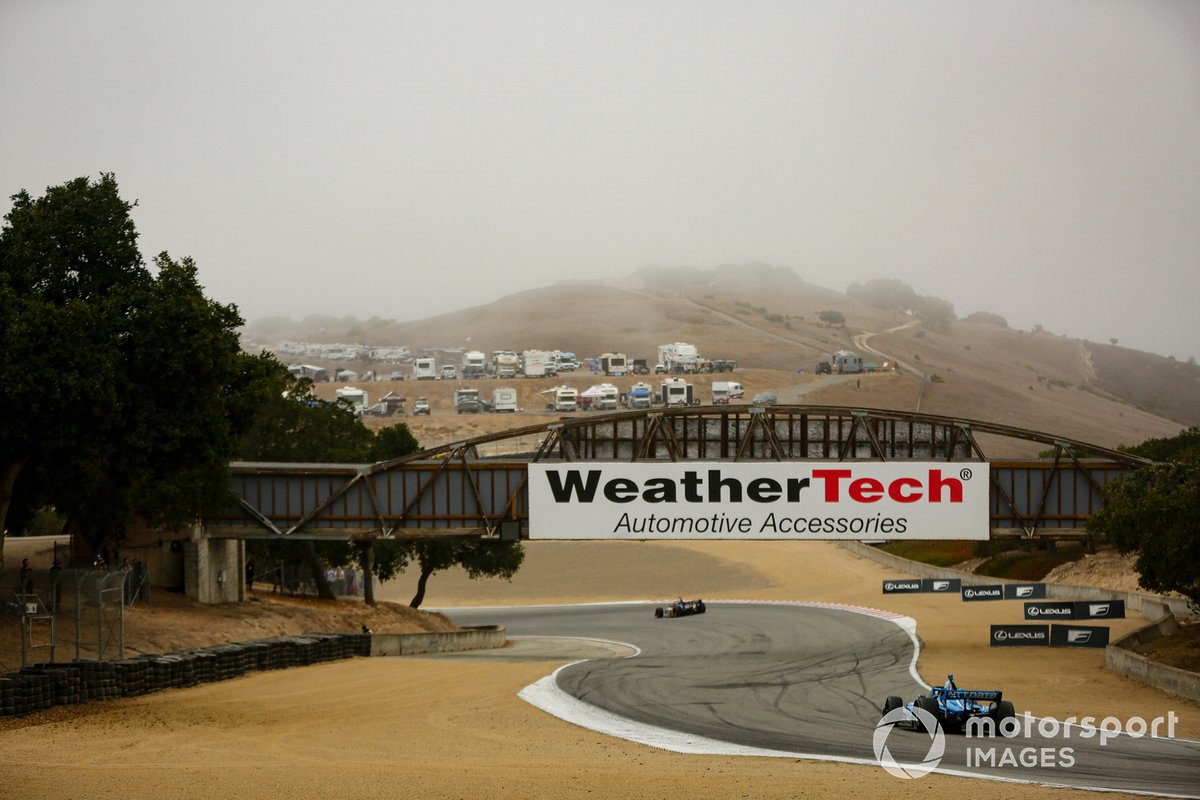 He later added: “I'm relieved that we get seven podiums this season. Like, it's not that we were lucky three weekends. We've been a bit unlucky actually.”

“[Now] I'm going to Long Beach where I've never been, [but] everybody that I'm fighting has been there. It's not going to be easy.

Once Alexander Rossi had spun out and Will Power had suffered an electrical failure, Palou had a clear run at polesitter and eventual winner Colton Herta.

On a clear track, Herta was able to stretch his lead, but backmarkers backed up the Andretti Autosport driver to Palou.

Asked whether he could have challenged for the win, Palou admitted that “unfortunately we didn't have the pace that Colton had. I think in reds and blacks [tyres] he had a bit more. As soon as I tried to catch him, which we tried, I would just cook my tyres.

“There were some moments I was pushing, especially at the beginning of the race when we catch him a lot. Maybe I would have a chance.

"As soon as I was getting really close, he would push a bit more and I could see that. He had a bit more margin than I had today.

“I was still trying, even at the end. But, yeah, he was on another planet today. He did a really good job together with the team to be superior than what we were today.”