Oliver Askew will drive for his second IndyCar team in a week and will replace the injured Rinus VeeKay at Ed Carpenter Racing in the Road America round.

ECR released a statement on Tuesday evening that Askew will be filling in for the Dutch driver, who fractured his clavicle in a cycling incident - and whose participation in the Road America race was originally "pending".

"He sustained the injury Monday on a cycling trail during a training ride and has been under the care of IndyCar medical staff.

"As VeeKay is not medically cleared to participate in this weekend’s NTT IndyCar Series event at Road America, Oliver Askew will compete in the #21 Direct Supply Chevrolet."

Askew made his first appearance of the 2021 IndyCar season at the second race in the Detroit Grand Prix last Sunday, subbing for Felix Rosenqvist at Arrow McLaren SP after the Swede had shunted heavily in the Saturday race.

“I want to wish Rinus a speedy recovery, I know the No. 21 Chevrolet will be missing him," said team owner Ed Carpenter. "It’s a shame that he has to miss this round, but he will come back strong. 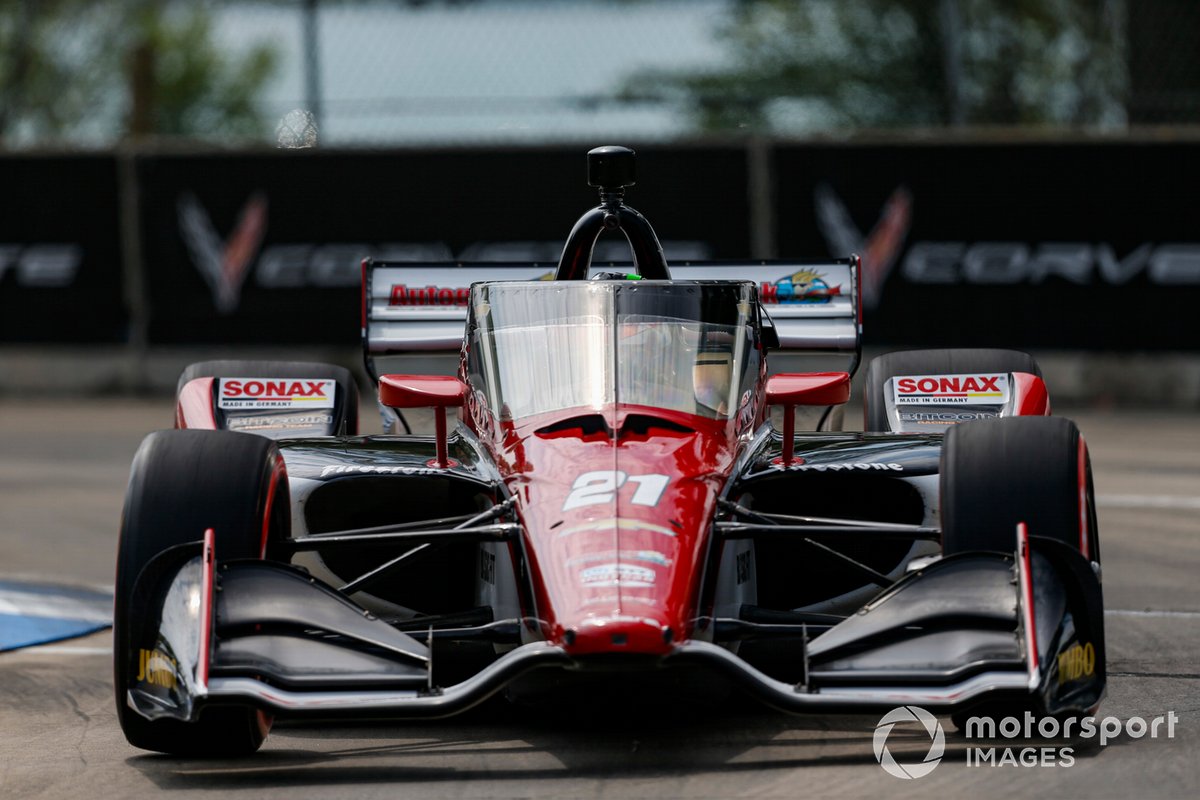 "I want to thank Oliver for being ready and able to step in and give the car a strong run.”

Askew, 24, has one podium in 13 IndyCar career starts. He also won the Indy Lights championship in 2019 – ironically, defeating VeeKay to the title.

“First off, I hope Rinus is doing well and that he has a quick recovery!” said Askew. “I’m thankful that Ed and his ECR team trust me to take over the No. 21 Chevrolet this weekend. They have a strong program and I look forward to helping them in every way possible at Road America.”

VeeKay currently sits fifth in the championship standings, 56 points out of the lead. He earned his maiden race win earlier this year in the Grand Prix of Indianapolis.

“What happened was very unfortunate and definitely not the greatest timing," said VeeKay. "The surgery went well, I am not in any pain.

“I definitely wanted to be out there fighting for my place in the championship and driving the Direct Supply car. I will give it all I have and be ready for Mid-Ohio!

"I am very thankful for everyone at ECR that helped me and stayed up very late to get everything for the surgery arranged. I would also like to say a big thank you to everyone at OrthoIndy who got me all fixed up!”

VeeKay will be re-evaluated prior to the 4 July race at Mid-Ohio.