The Team Penske driver's top speed of 226.819mph was 2.392mph quicker than the fastest effort on Thursday, a 224.427mph achieved by Sebastien Bourdais in the rookies and refreshers session.

Graham Rahal (Rahal Letterman Lanigan) and Will Power (Penske) were the first to break into the 225mph bracket around the 2.5-mile oval, but this was exceeded by Newgarden's 39.6792s lap.

“It was a pretty good day,” Newgarden said.

“I was happy enough with the car. I think we still need some work, for sure, but to just get an initial read on where we’re at is good.

"Obviously, there are a lot of new parts and differences to the last couple of years, so we’re just trying to assess what we need to really work on these last couple of weeks before we get back here in May. But I’m pretty happy.”

He was later joined in that stratosphere by two-time Indy winner Montoya, making his return to IMS for the first time since 2017 in a third Arrow McLaren SP entry carrying a tribute livery to mark 50 years since Peter Revson's 1971 pole lap in the McLaren M16.

However, Montoya was displaced by another defending Indy winner Sato (RLL), whose best effort was just 0.0742 shy of Newgarden's best.

Reigning champion Dixon, the 2008 Indy winner, was fourth for Chip Ganassi Racing ahead of Rahal - who set the best lap without the aid of a tow, a 221.949 effort. Second on that chart went to Penske’s rookie Scott McLaughlin, who also turned the most laps of the day, 195 – almost a complete race distance. 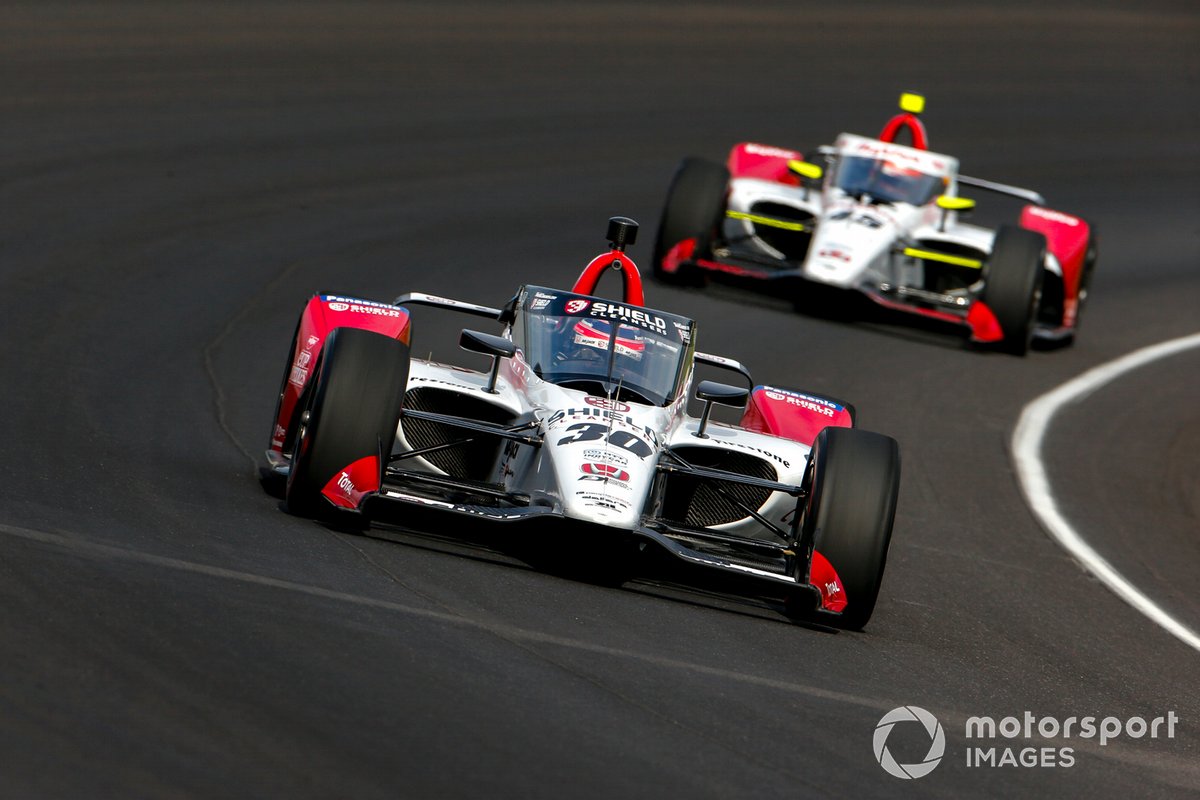 Conor Daly eclipsed his earlier best to vault into sixth place for Ed Carpenter Racing ahead of Power, while Meyer Shank Racing drivers Jack Harvey and three-time Indy winner Helio Castroneves both get into the top 10 overall, either side of ninth-placed Pato O'Ward (Arrow McLaren SP).

IndyCar returnees Santino Ferrucci (RLL) and Simona De Silvestro (Paretta Autosport) were 20th and 21st in the overall speeds, and 29th and 24th respectively in the no-tow charts.