Josef Newgarden has vowed to race team-mate Will Power “like we always do” as the 2022 IndyCar campaign heads into the final two rounds with the pair split by three points.

Newgarden scored his fifth win of the season at Gateway after a bold strategic move under caution and an incisive pass on team-mate Scott McLaughlin on a restart following a 2 hour and 15 minute rain delay both paid off.

The result vaulted the two-time IndyCar champion from fourth to second on the points table, just three behind Team Penske team-mate Power, who could only salvage sixth after dominating the first half of the race.

But Newgarden says their proximity in the championship won’t cause a shift in how they race each other in the races at Portland and Laguna Seca.

“I think we're just going to race like we always do,” said Newgarden after scoring his 25th career win in IndyCar. “It's kind of as simple as that. We race all year, we race hard.

“It's not going to be the first time Will and I have raced together. We've had many, many races that have been in lockstep, 1-2, pit strategy, the whole thing. We'll just fight it out as normal.”

Dixon is just 14 points adrift of Power, with Ericsson 17 points back, and Palou 43 points off, while the third Penske driver, Scott McLaughlin, is 54 points off the top. 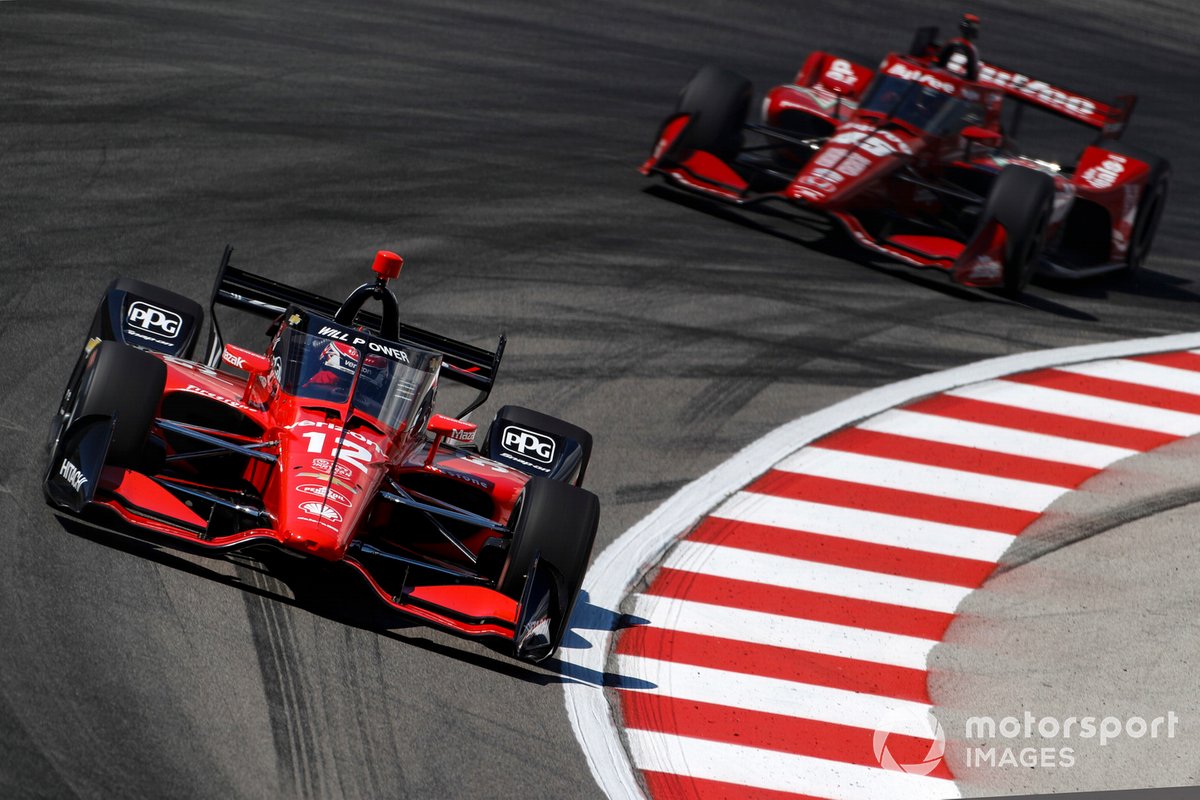 Newgarden said he recognises that keeping the championship in the Penske ‘family’ has to take priority.

“Clearly we don't want to do something that jeopardises the whole group because it is bigger than us,” said the 31-year-old. “At the end of the day we've got three cars in the fight still. There's nothing that matters more than putting a Team Penske car in victory lane.

“As much as I want that to be [me] – believe me I do – I will work to be that person. We also have to just make sure we remember that it's about all of us and it's about all the effort we put in. We have to make sure one car secures the championship.

“It's just a balance. We're just going to race like we always do. Hopefully it doesn't turn ugly at some point.”

Power, the 2014 IndyCar champion, said of his Gateway result: “Obviously, we wanted more. We made a mistake and didn’t take [a pitstop during] that yellow. That’s IndyCar. It’s never straightforward. You expect that in the championship.

“It might come back to us in the next two in a different way. That’s how it is. We’ve got some good tracks coming up.

“Like I predicted, it will be a tough battle all the way to the end. I’ve been around a long time and know how these things go. The best thing about today is that we finished in the top six, so that’s still pretty good.”