Two-time IndyCar champion Josef Newgarden says he's determined to "claw" his way back into title contention after being denied a dominant victory at Road America to a late gearbox failure.

The pole-sitting Team Penske driver led 32 of the 55 laps and looked set to secure his and the team's first win of a disappointing season - having also missed out on a likely victory in the previous race at Detroit by a late charge from Patricio O'Ward.

But at the last of four restarts, Newgarden lost momentum heading up the front straight with a gearbox fault, allowing long-time pursuer Alex Palou to snatch the lead.

Newgarden trailed around to be classified 21st, collecting 13 points instead of the 53 he should have earned.

The result leaves the 2020 series runner-up 88 points behind new points leader Palou, but Newgarden is determined that the setback doesn't spell the end of his championship hopes.

Describing his car as a “rocketship” with “amazing fuel mileage and good power”, he said: “I guess it just wasn’t meant to be again.

“I think we have fast cars, it’s just not working out right now, but now we will claw our way back.

“This is not what I was planning for this day. I would have liked for us to be a little closer.

“But, what are we 88 [points behind]? Just a bigger challenge when we go to next race. We’ll get after it.” 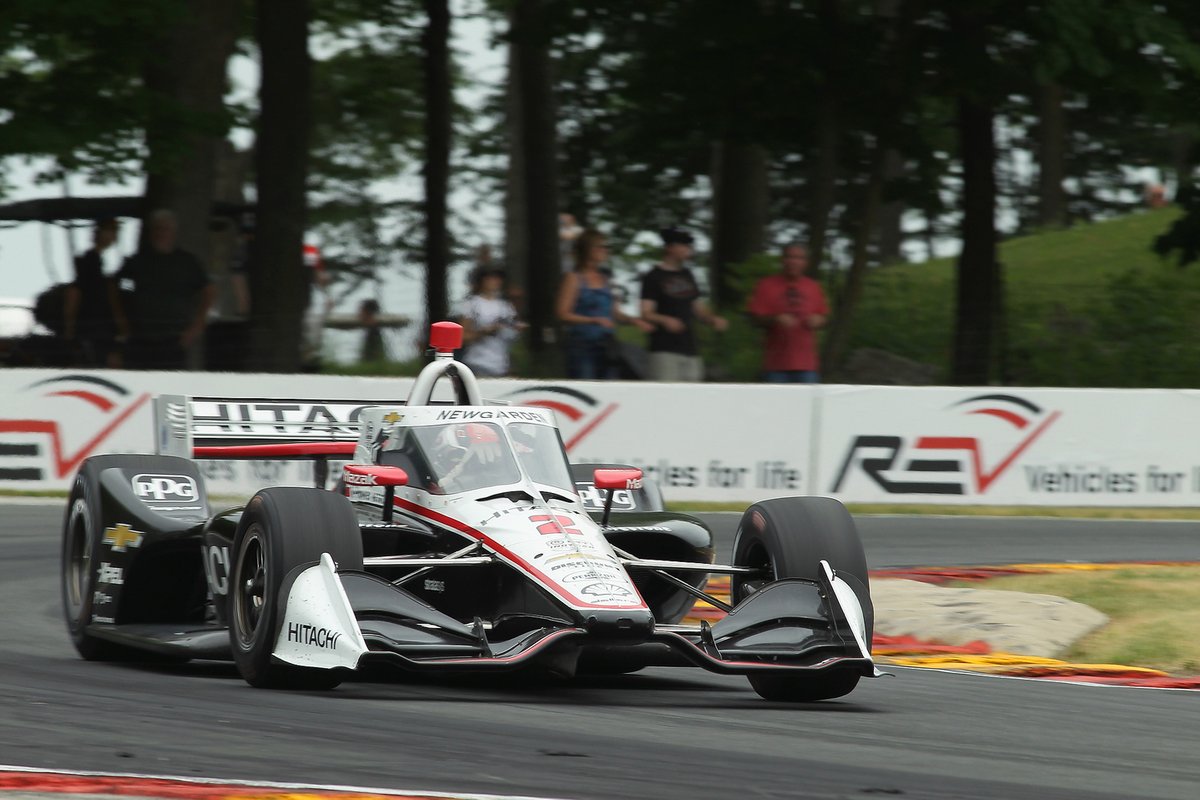 Explaining what had happened, Newgarden said: “I couldn’t get it to shift into sixth gear.

“Then I got it stuck in fifth in Turn 1 and finally got it to go down, but just could not get it to upshift after that.

“I got it down to first essentially, so [I was] just trying to stay out of the way after that, because I couldn’t get it to upshift.

“I’m not sure what happened, obviously it’s disappointing for all of us.”

Newgarden's team-mate Will Power finished third, his first podium visit since the Barber season-opener, having lost a certain victory in Detroit race one when his car refused to start after a red flag.

Describing Team Penske’s hitherto winless season as “unbelievable”, the 2014 IndyCar champion said: “I just don't know what it is about our team right now, we almost have a win in the bag and something just ridiculous happens.

“It's like my thing [at Detroit] was just a switch, just a weird glitch in the system, and I don't know what [Newgarden’s] was this time.

“But yeah, unbelievable. They were all things that are not things that have been repeated, like they're not constantly the same things.

“I've seen this through the years, you hate to be the ‘pioneer’ of things that go wrong and then they fix it. That was me in Detroit – had a glitch in the system. It hadn't happened to anyone else, but you being the one to find it really sucks!

“A problem we fixed immediately and it won't happen again. But I just can't believe the luck that we're having as a team right now. It blows my mind.”

Which F1 driver has the most race starts? Hamilton, Raikkonen and more

Fernando Alonso holds the record for the most world championship Formula 1 starts, having contested 355 grands prix between 2001 and 2022.