Josef Newgarden has blamed his Gateway IndyCar collision with Team Penske team-mate Simon Pagenaud on “some sort of miscommunication.”

The pair came together during Saturday’s race at when Pagenaud was clipped by the eventual race winner on the lap 16 restart.

Pagenaud lost a chunk of his front wing and was left to recover from the back of the field to finish eighth, while Newgarden held off Pato O’Ward to take his second win of the season.

After the race, Newgarden said he was “concerned” after the contact and it was “unfortunate” that it ruined his team-mate’s race.

He said: “Well, I knew we touched, his right front wing to my left rear wheel. I knew that. I was just concerned after it, I didn't know if I had a tire going down or not immediately. I think it was just a bent rim.

“Fortunately that didn't turn into something more significant somehow. I just had a vibration after the contact.

“Yeah, we obviously had some sort of miscommunication. For me I thought he was making a move, I swung back out wide, went in pretty deep.

"It didn't look like he got into the corner deep enough on me. I started to kind of come down so I wasn't in the marbles. Looked like we just touched from where he was still at getting into the corner. 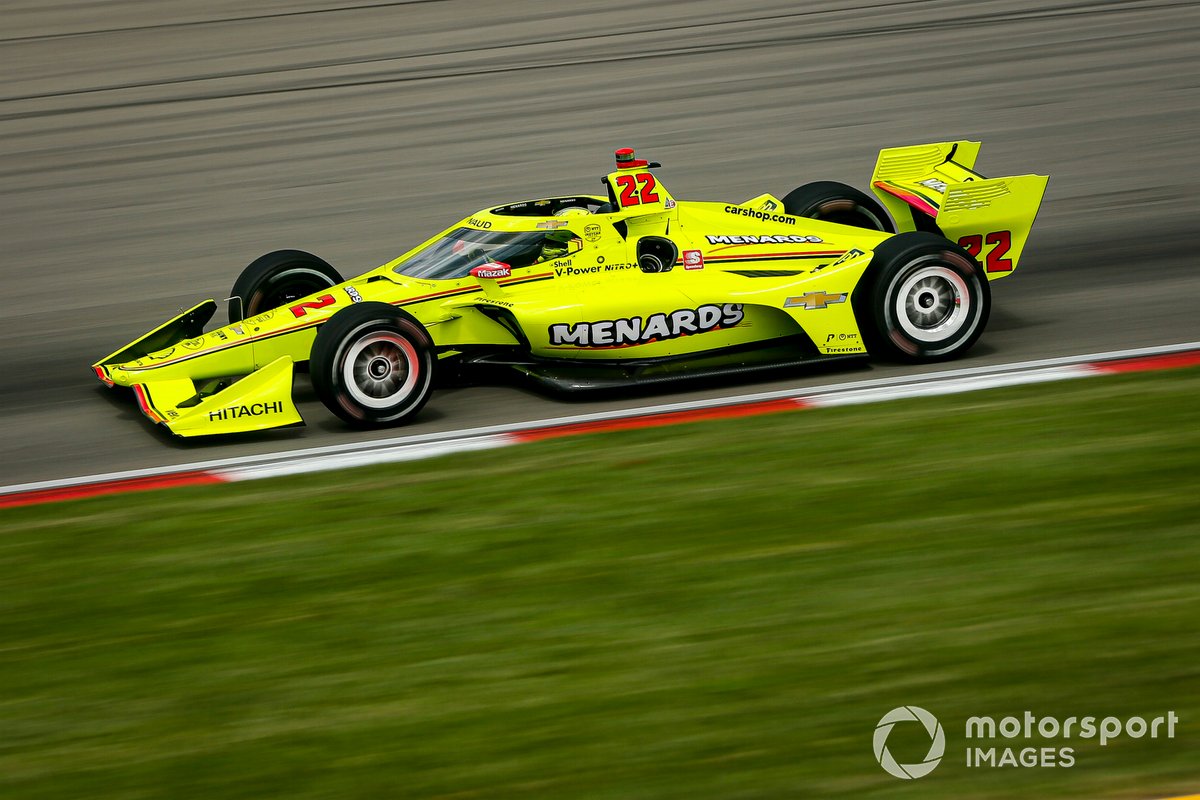 “I would say a bit of a miscommunication. We don't normally get together very often. It's been a long time since I've touched with a team-mate. It happens.

“Fortunately it wasn't more significant. I hate to see that it broke his front wing. I came out better of that mix for sure.

"It only damaged my rim, was able to continue. It obviously ruined his race. I don't like seeing that. Unfortunately it happened.”

Alex Palou is in second, ten points behind the leader, while Pagenaud is in seventh.

The other two Penske drivers, Will Power and Scott McLaughlin, are in ninth and 13th respectively.