The series was greeting widespread criticism from paddock figures and commentators almost immediately after announcing the addition of Rule 9.3.8 to its regulations.

In full, the new rule states that:

The open-ended wording of the rule, along with the lack of clarity about the types of sanctions that might be imposed if IndyCar determines that there has been a breach, opened the door to criticism that drivers will no longer be allowed to speak their minds.

The rule's introduction follows a recent warning from series boss Mark Miles that the series would no longer tolerate the type of criticism that it received in the immediate aftermath of the , and there were fears that the relatively benign pitlane spat between last weekend would also fall within the scope of the new rule.

But just hours after the new rule was announced, Miles issued a follow-up statement insisting that the rule will be applied sparingly.

"This rule is not a gag order," he said.

"We recognise that controversy, tension and drama all have a place in motorsport today.

"Our drivers are competitors and we have no interest in eliminating the emotion and passion that is an integral part of our sport - or limit the content for media covering IndyCar.

"As an example, some have speculated that the exchange between Ed Carpenter and Sage Karam last Saturday at Iowa Speedway would result in penalty under this new rule - that is not the case.

"We feel exchanges of that manner do not cross the line and instead highlight the intensity of IndyCar Series competition.

"We feel it's our responsibility to distinguish between irresponsible statements that damage the sport or its competitors and the intense competitive nature of the series.

"This rule is to ensure we have authority to act when we feel it is required." 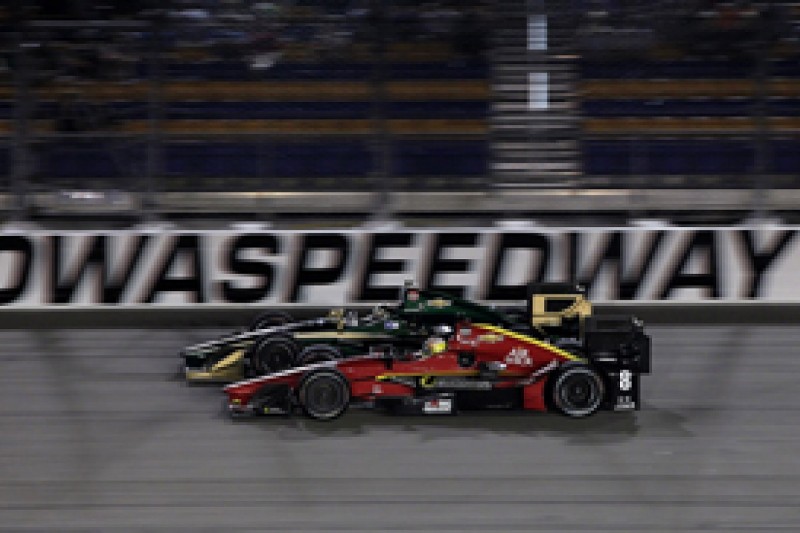 When we all woke up on Tuesday morning, IndyCar was cresting a small wave: the last three races have all shown substantial spikes in TV figures compared with 12 months ago, it had an all-American top four last weekend at Iowa (which is a big deal in this part of the world), and it has Sage Karam doing his best to become the new Paul Tracy.

There's a lot to be excited about, and it would take a special talent for self-sabotage to muddy the water.

So, naturally, the series goes ahead an announces a poorly-defined rule that is only ever going to be interpreted one way, and attracts such a fall-out that it has to scramble into damage control mode that same afternoon.

Talk about peeing in your own swimming pool.

I like IndyCar a lot. And while I don't agree with every decision that comes out of head office, I think that it is doing a lot of positive things.

But everything about the way this new rule was implemented is dumb, and somebody in the ranks should have known better.