Scott McLaughlin said he always believed he had another IndyCar win in him this season, after ending a run of inconsistent results with victory at Mid-Ohio.

After scoring a win in the season-opener at St. Petersburg, and a very close runner-up finish at Texas, the 29-year-old New Zealand had not scored a top five over the next five rounds.

However, at Mid-Ohio he started second, tracked early leader Pato O’Ward very closely over the first stint, so that he was less than 0.8s behind the polesitter when the Arrow McLaren SP driver pitted.

McLaughlin then put in a strong in-lap, the #3 Penske crew turned him around swiftly, and jumped him ahead of not only O’Ward but also Palou who, having stopped four laps later, might have undercut him, but everyone’s pace was slowed by a full-course caution.

Aside from when Andretti Autosport mistakenly left Colton Herta out on track when another caution was imminent, McLaughlin retained the lead thereafter, soaking up all the pressure from eventual runner-up Palou all the way to the chequered flag.

“Super-proud of everyone to get win number two,” said McLaughlin. “We knew we had it in us, it was just about executing and that was on my end as well, so I’m really proud of everyone.

“I think we’ve had great pace to be in the top five. I’ve made mistakes, there’s been certain things that haven’t fallen our way strategy-wise that have made us fall back a little bit, but we’ve always had the pace.

“It’s all about having the belief, the belief in the guys. We’ve got a great group here on Car #3, we’re all mates having fun – we go racing and have fun. Really proud to do it and I’m excited.” 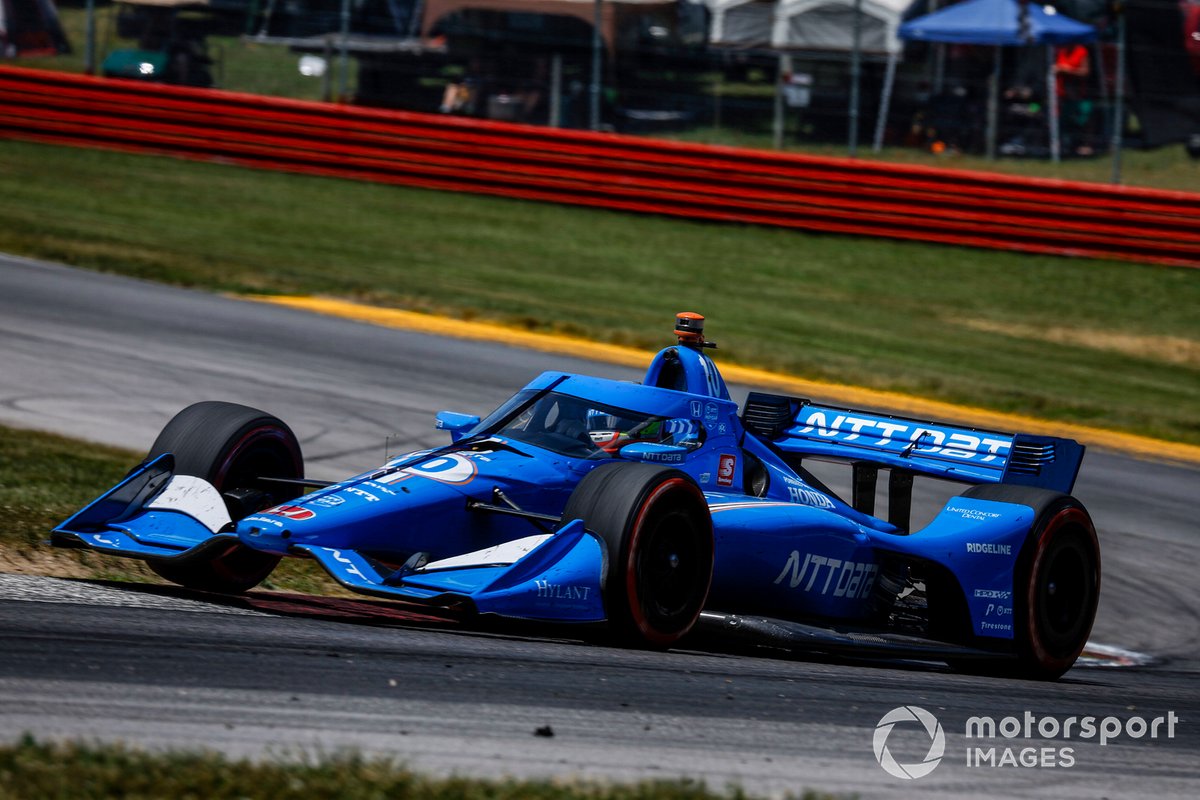 After narrowly missing out on the victory, defending IndyCar Series champion Alex Palou believes he had a car to win at Mid-Ohio.

“I was super happy; we had a fast car,” he remarked afterward.

“Honda gave us everything we needed today with [fuel] mileage. That's why we were able to pit early and try and get that undercut that worked. It was a bit of a shame that we got that yellow because we were leading by two seconds when we passed pit exit.

“Anyway, it's the same rules for everybody. But it's good – good to be back here, good to fight until the end. It's super tough to pass here, at least if you are on the same tyre strategy. I think we were a bit faster but couldn't really pass Scott. He did an amazing race, too.”