McLaren will pay Hinchcliffe's '20 IndyCar salary after ousting him

Hinchcliffe had an existing contract with the Arrow Schmidt Peterson Motorsports team that McLaren has partnered with to create Arrow McLaren SP for its full-time IndyCar return.

After an initial suggestion that Hinchcliffe's long-standing Honda ties would rule him out of a seat at what was becoming a Chevrolet-powered team, McLaren indicated that Hinchcliffe would stay on - only to then announce he was being released as it signed 2018 and '19 Indy Lights champions Patricio O'Ward and Oliver Askew as its line-up.

McLaren CEO Zak Brown said he hoped Hinchcliffe would still be able to find a 2020 drive.

"While we're taking James out of the seat, we're honouring the balance of his contract - ie we're going to continue to pay him," Brown explained.

"Obviously racecar drivers like to race, so I understand his disappointment.

"There's lots of sponsors out there, he's hugely popular, he's been backed by Honda for some time, so hopefully between Honda and the teams that have voiced some interest and sponsors hopefully he'll be on the grid.

"We certainly hope to race him. But it was a decision that was based on what we thought was best for our race team long term."

Brown shrugged off the fact that McLaren was now having to pay a driver not to race for it.

"The driver bill has increased," he acknowledged.

"Commercially the team is well-funded. We have some partners that we have signed. We've got more coming, so ultimately the team will have a higher driver bill than planned in 2020 but nothing that will break the bank." 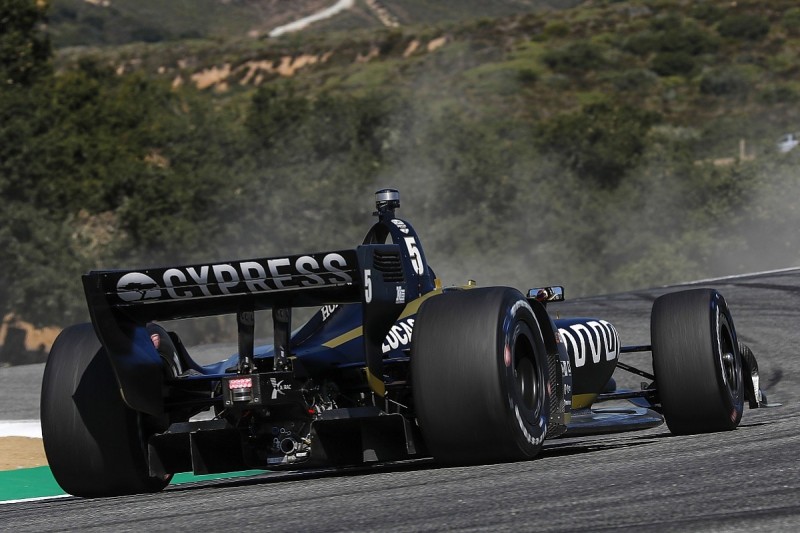 He admitted that the decision to drop Hinchcliffe had made McLaren unpopular with some sections of the IndyCar fanbase but said the "superstar potential" of Askew and O'Ward made the change a gamble worth taking.

"I'm well aware of the lack of popularity of the decision with James's fanbase. I totally get it," said Brown.

But he thinks the pairing of 22-year-old American Askew and 20-year-old Mexican O'Ward will ultimately excite fans.

O'Ward has already impressed in partial campaigns with Harding Racing and Carlin, and was briefly on Red Bull's books this year.

"There's a lot of people that are very excited to see the last two Indy Lights champions, the youngest driver line-up, I think a lot of people are going to be very exciting to see how we perform in St Pete next season," said Brown.

"At the end of the day we've got to do what's best for the team and that isn't always necessarily going to be what's the most popular decision.

"For me, most important is I hope everyone embraces Oliver and Pato and from what I've seen in fan reaction while there's some disappointed fans equally there's a lot of excitement around that driver line-up."