The team announced last week that Chilton will be involved in testing and development for Carlin's nascent Lights programme as both the team and the driver work towards IndyCar campaigns in 2016.

Chilton spent two difficult years with the underfunded Marussia team in F1, and Carlin is convinced that a return to a more familiar environment might be what the Briton needs to recapture some of the form that made him a race-winner with Carlin in British Formula 3 (2009) and GP2 (2012).

"We've had some great success with Max," Carlin told AUTOSPORT.

"In a way, the Formula 1 journey he had really hasn't done his reputation any good.

"When he was with us in Formula 3, with Daniel Ricciardo, the qualifying between the two of them was almost 50/50. Daniel just edged Max, but there was almost nothing in it. 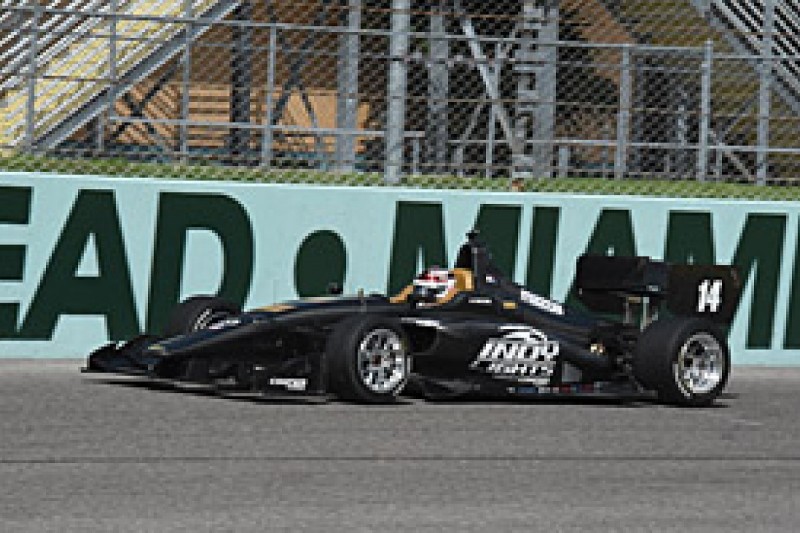 "So we know how quick Max is when he is in an environment and a team that can help him to do the job.

"I think Max is underrated. He has got this unfair label of being a pay driver, so if I can get Max into our car to help us with the development and he does a good job, that will then encourage either Max to [race] it, or another fast driver to come and drive the car."

Ed Jones, who raced with Carlin in European F3 last year, has already signed to drive the team's other car for its maiden Lights season.

Jones was fastest in testing at Homestead on Monday, with Chilton fifth-quickest as he began his new project with Carlin.