IndyCar switched to a universal aerokit for 2018 and banished manufacturer kits, dramatically reducing the level of downforce on offer.

That decision was made in order to lower costs and improve racing.

Four new teams joined for 2018 and the season-opener at St Petersburg produced a record number of overtakes.

F1 meanwhile radically overhauled its rules package for the 2017 season with more aggressive and wider cars that targeted significantly faster lap times, but it led to criticism regarding a lack of overtaking.

Andretti told Autosport F1's approach meant it missed out on the "great job" IndyCar did with its 2018 changes.

"The [IndyCar] series, the management have done a great job in tweaking things," he said.

"They're doing the right thing with the aerodynamics of the cars and coming back to more of a pure-looking single-seater, open-wheel car which I think was something all of the open-wheel aficionados wanted to see.

"Unfortunately, last year's cars started looking more like a sports prototype car with all the winglets and all the bullshit that was hanging over, but what they've done, I think is [what] Formula 1 missed [out] on.

"They reduced the downforce of the car which is an element, they still gave them good downforce with the ground effect because it does not create turbulence.

"But with the smaller wings, you can stay near the guy's gearbox and you can have a competitive overtake.

"I think personally that's where F1 missed it, they gave them more mechanical grip with wider tyres that gave them bigger weights which created more turbulence.

"And by doing bigger wings, they shorten the braking points even further which eliminates almost the chance of overtaking.

"Yeah you have DRS, which you really need more than ever now, but at the same time even with DRS, you've got to be able to suck up to somebody's gearbox coming off a corner and you cannot use DRS until you're on the straight." 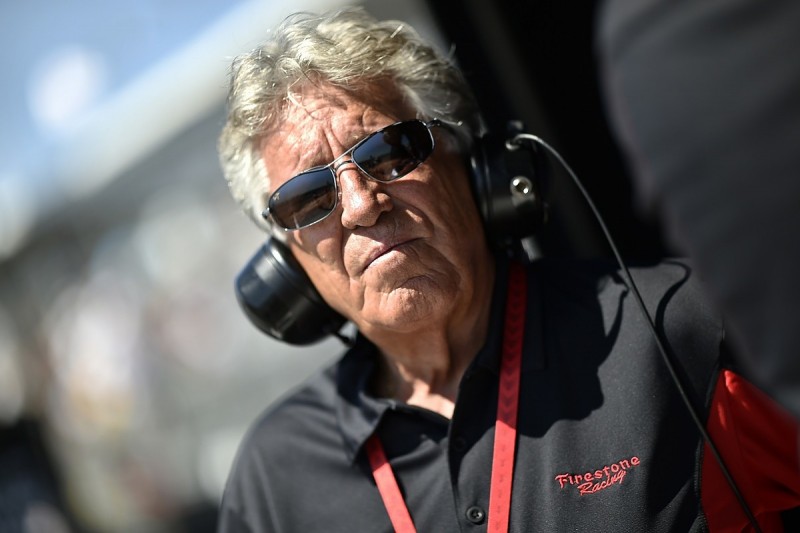 While Andretti praised IndyCar's direction, he criticised the decision to end the season earlier in the year than the NASCAR Cup series and F1.

"The only negative that I see is that they end the season too early," he said. "There's no reason why.

"They [IndyCar] talk about TV competition and all that, to me, that's all bull. You need to stay on [TV] because IndyCar is at the same time competing for time with F1, NASCAR.

"IndyCar disappears a week into September and it's a disservice to the drivers more than anything.

"That's one thing that I don't agree with management [on] and I will never agree with, so I wish they would be able to fix that, but I think they've got a lot going for them."