Andretti switched places with Alexander Rossi in the Andretti line-up ahead of the 2018 season and will stay in the #98 Andretti-run, Honda-powered car into next year.

Earlier this year, Andretti told Autosport that he accepted the criticism he has received during a seven-year spell without an IndyCar victory.

He has improved in 2018, taking his first pole since '13 in Detroit, and picking up five top 10 finishes during the current season. He ran close to a maiden podium of the year in Toronto before the team miscalculated his fuel strategy.

Andretti CEO Michael Andretti said: "It's great to be able to announce this extension for 2019 and beyond."

Marco Andretti says his continued target is to win the Indianapolis 500, which he famously came close to in his rookie season in 2006 (pictured). He has since taken three third places in the event. 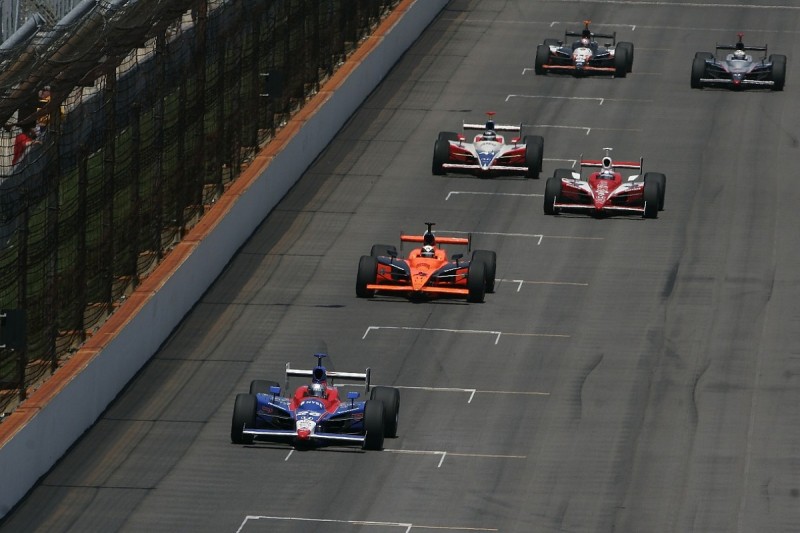 "I'm looking forward to continuing my IndyCar journey and am really hoping this next year is the one with an Indy 500 win, along with many others," he said.

Andretti was the only one of the team's four drivers whose deal expired at the end of this season, and his new contract means he will remain in a line-up of Ryan Hunter-Reay, Alexander Rossi and Zach Veach.

The 2019 season will be Marco Andretti's 14th in IndyCar.